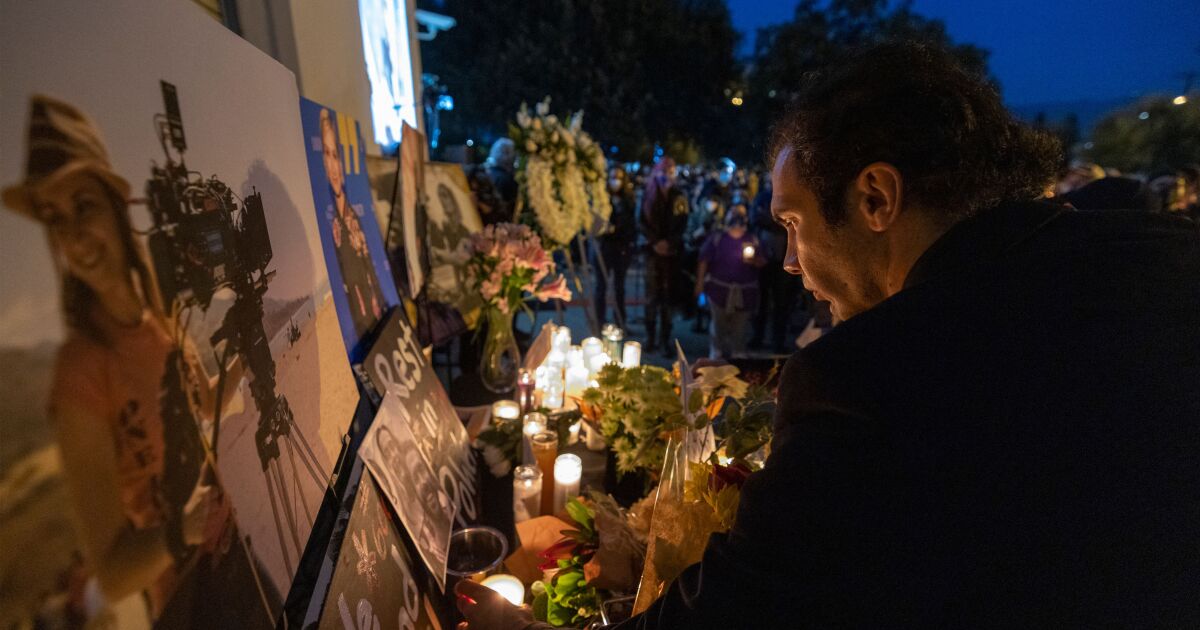 This week, Donald Trump Jr., a man with as little decency as his father, offered a T-shirt for sale on his website: “Guns don’t kill people. Alec Baldwin kills people.”

It was a slimy and predictable attempt to mock the actor, who accidentally shot cinematographer Halyna Hutchins with a prop gun on the New Mexico set of their movie “Rust.”

Never mind that a 42-year-old woman had died in a heartbreaking accident, that Baldwin was devastated and inconsolable, that an entire industry has been upended. Trump Jr. pounced to score political points and has not backed down in the face of fierce criticism.

“Spare me your fake sanctimony,” Trump Jr. tweeted Monday. “The media is in full on panic mode to protect Baldwin from ANY criticism because they agree with his politics.”

J.D. Vance, the venture capitalist and memoirist running for the Republican U.S. Senate nomination in Ohio, has bent over backward to show he is as crass as any member of the Trump pack: “Dear @jack,” he tweeted to Twitter founder Jack Dorsey, “let Trump back on. We need Alec Baldwin tweets.”

Republican U.S. Rep. Lauren Boebert of Colorado, who owns a restaurant called Shooters Grill and proudly carries a gun to work in the U.S. Capitol, got snarky on Twitter as well: “Saddened to hear about the tragedy that occurred on the set of Rust. Perhaps Alec Baldwin should have spent his time learning basic firearm safety like keeping the muzzle pointed in a safe direction and trigger discipline as opposed to attacking Americans’ constitutional rights.”

This sort of knee-jerk reaction from gun-drunk conservatives put me in mind of Adam Serwer’s perceptive 2018 essay in the Atlantic, “The Cruelty Is the Point.”

Then-President Trump’s innumerable acts of hate and heartlessness, wrote Serwer, functioned as a kind of glue for his supporters, giving them permission to indulge their ugliest selves.

The cruelty is the point: What a perfect phrase to describe the joy that high-profile gun nuts have found in Baldwin’s trauma. It did not seem to matter to them that a grieving family has lost a wife and mother; other people’s tragedies are not the concern of the Trumps and their slavishly devoted fans.

“It is that cruelty, and the delight it brings them,” wrote Serwer, “that binds his most ardent supporters to him, in shared scorn for those they hate and fear: immigrants, black voters, feminists, and treasonous white men who empathize with any of those who would steal their birthright. “

Baldwin, who so infuriated Trump with his “Saturday Night Live” impersonation and outspoken liberal politics, is surely one of those “treasonous white men.”

In 2016, Baldwin was featured in a promotion for the Brave New Films documentary “Making a Killing: Guns, Greed, and the NRA.” He urged people to host free showings of the documentary, which exposed the NRA as a front for gun manufacturers, which fund the group. The film also featured interviews with people who have lost loved ones to gun violence.

More than a thousand screenings took place around the country thanks in part to Baldwin’s embrace of the movie, said Brave New Films President Robert Greenwald. (Actor Michael Douglas also promoted it.)

“The disgusting and fact-free attacks on Alec are both infuriating and not surprising,” Greenwald told me Tuesday morning. “There is no level those who want more guns won’t stoop to. And given the number of accidental gun deaths each year … maybe this horrific death will result in some sensible safety measures being passed.”

It would be nice to think so.

After all, the American public overwhelmingly supports common sense gun measures such as preventing people with mental health issues from purchasing guns, subjecting private gun sales and gun show sales to background checks, and banning the sale of assault weapons.

They also, by a huge margin, oppose allowing people to carry concealed firearms without a permit.

Despite the NRA’s recent troubles — which include bankruptcy and accusations of corruption against its longtime president, Wayne LaPierre — the gun lobby, and the funding of Republican politicians that is crucial to its business model, is going strong.

A California lawmaker has called for a ban on real guns and live ammunition on movie sets, which, given the industry’s stringent rules, should not even be necessary. Sadly, though, where human beings are involved, there is always the chance for error. Where there are guns, there will always be gun accidents, injury and death.

He’s right. If your heart is not broken by this whole affair, then you probably don’t have one.