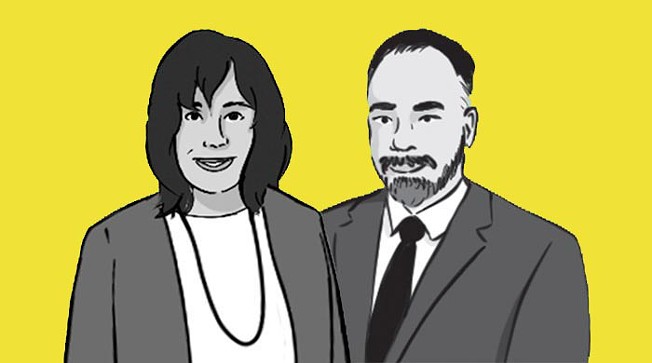 The Pennsylvania Supreme Court is the state’s highest court and has made many important decisions over the last several years. A ruling by the court in 2018 struck down the state’s partisan-gerrymandered Congressional districts. In 2020, the court also rejected a lawsuit challenging Pennsylvania’s mail-in voting law. Five Democrats and two Republicans currently make up the court.

Bio: A West Philadelphia native who graduated from Penn State University and Delaware Law School at Widener University. Served on Philadelphia’s Court of Common Pleas and has experience in family law and children’s rights. Has been seated on Pennsylvania’s Superior Court since 2017. Highly recommended by the Pennsylvania Bar Association.

Voting rights: Endorsed by The Philadelphia Inquirer in part because of recent actions taken by Republicans in an attempt to gain access to Pennsylvania voters’ private information, including driver’s license and partial social security numbers. The paper’s editorial board says she is the better choice in protecting voters’ privacy rights.

Guns & criminal justice: The PA Working Families Party made their first-ever judicial endorsements this year, backing McLaughin with an emphasis on criminal justice reform. In 2021, wrote opinion denying appeal for a man seeking a shorter sentence after pleading guilty to involuntary manslaughter in a case where defendant’s 4-year-old stepdaughter accidentally shot herself with the defendant’s gun.

Women’s rights: In a dissenting opinion, said a sexual assault conviction shouldn’t have been thrown out since accused recorded the “encounter with the victim in case there was any question of the voluntariness of the intercourse.” Endorsed by Planned Parenthood PAC.

Bio: A native of Lycoming County who graduated from Lycoming College and Widener University School of Law. Has experience in private practice law in commercial litigation. Served as Commonwealth Court Judge since 2010, and was elected President Judge of that court in 2020. Highly recommended by the Pennsylvania Bar Association.

Voting rights: Brobson wrote an opinion in a 2020 ruling that thousands of mail-in ballots shouldn’t be counted in a Pittsburgh-area state senate race because they lacked handwritten dates. That decision was reversed by the state Supreme Court, citing unnecessary voter disenfranchisement. A federal, Trump-appointed judge upheld the state Supreme Court ruling. He also ruled against Pa.’s partisan-gerrymander lawsuit.

Guns & criminal justice: Handed down past rulings supporting pro-gun groups from suing municipalities’ efforts in passing gun-reform laws. In 2020, froze a new state policy requiring gun stores to report sales of “ghost guns.” Police say these assembled guns have seen increased use, and have been used in recent killings.