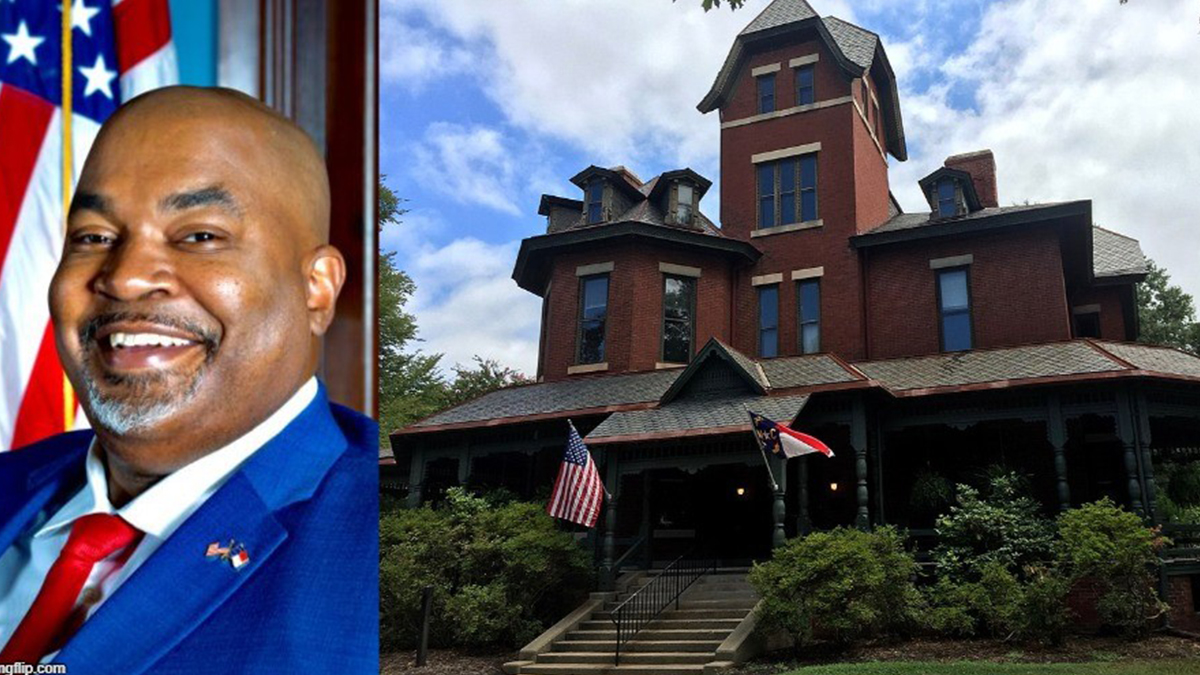 Editors Note: This story was updated on October 15, 2021 to reflect new information.

North Carolina’s Lieutenant Governor Mark Robinson is at it again.

Seems the right wing super conservative, who also refers to himself as “a man of God,” just can’t stop embarrassing the state on a relatively regular basis with a variety of anti-LGBTQ comments.

On October 6, the progressive Right-Wing Watch website, a conservative watchdog organization, posted a clip on Twitter of Robinson speaking at Asbury Baptist Church in Seagrove, North Carolina this past June 6, where he made the following comments:

“There’s no reason anybody, anywhere in America should be telling any child about transgenderism, homosexuality, any of that filth. And yes I called it filth. And if you don’t like that I called it filth, come see me and I’ll explain it to you,” Robinson said in the video clip.

This isn’t the first time Robinson has attacked the LGBTQ community. In a story published in qnotes earlier this year, it was revealed that in 2016 he condemned gays and lesbians immediately following the Pulse nightclub shooting in Orlando, heartily endorsed the National Rifle Association and – in an apparent attempt to use trans gender identity as an affront, even misidentified first lady Michelle Obama as “a man.”

Following the Pulse shooting: “Homosexuality is still an abominable sin and I will not join in ‘celebrating gay pride.’”

After his election as the state’s Lieutenant Governor last year, his attempt at discrediting the state’s public school system through charges of a progressive and LGBTQ conspiracy have been relentless. His claim that efforts to compile data would endorse his assertions has been proven to be false.

Since release of the footage, responses from other politicians in the state, an MCC Minister and even the Biden administration, have been forthcoming and direct.

State Senators Jeff Jackson and Wiley Nickel immediately called for Robinson to step down. “There’s no debate here,” Jackson posted on Twitter, “This is open discrimination. It is completely unacceptable. Mark Robinson should resign.”

Nickel concurred: “Mark Robinson is a disgrace and an embarrassment to our state. He should resign immediately. I stand with the LGBTQ Community and hope you will join me in condemning this hate speech from the most senior Republican elected official in our state.”

Gov. Roy Cooper’s office issued a statement through CNN: “North Carolina is a welcoming state. We value public education and the diversity of our people. It’s abhorrent to hear anyone, and especially an elected official, use hateful rhetoric that hurts people and our state’s reputation.”

In a statement from Deputy White House Press Secretary Andrew Bates, condemnation from President Biden’s administration was added to the list. “These words are repugnant and offensive,” said native North Carolinian Bates. “The role of a leader is to bring people together and stand up for the dignity and rights of everyone — not to spread hate and undermine their own office.”

In a letter addressed directly to Robinson from St. John’s Metropolitan Community Church in Raleigh, Reverend Vance Haywood pointed a finger directly at the Lieutenant Governor, charging him with the responsibility of potential teen suicide. “Your words have caused considerable harm and have the potential to cost people their lives,” Haywood wrote, “The Trevor Project estimates that at least one LGBTQ youth between the ages of 13-24 attempts suicide every 45 seconds in the U.S.”

Despite condemnation from multiple individuals and elected officials, Robinson remains defiant. In one of only a handful of interviews he has given since the release of his hate-filled rhetoric, Robinson spoke with Spectrum Cable News.

“The issue is not about homosexuality,” Robinson said, in defense of his earlier remarks, “The issue is not about whether or not people have the right to be homosexuals and be secure in their own persons. The issue [is] our school system [and] this has no place with young children, and we’re not backing down from that issue, and we’re not backing off on that issue. We’re going to continue to speak out against that.”

While Robinson never confirmed who it is that shares his opinion when he says “we’re not backing down,” he continued with his vague line of defense and his unfounded accusations against the public school system.

“Look, we have spent nearly half our state budget on education and currently we are failing on teaching our students how to read on a school level. There is no room for topics like this, and there never should be. We should get back to the business of educating our children and the primary goal there is teaching students how to read, write and do mathematics. That’s what needs to be in the classroom, and these other things need to be taken out. It’s not about being against anybody because of their sexual preference.

“This is an effort again to intimidate voices on the right into silence … it’s just another effort to try and intimidate me … from speaking out on this issue. It doesn’t matter to me what the definition of hate speech is. I said what I said, and I believe what I said, and many people across the state feel the exact same way.”

Across the state, the consensus is growing that Lieutenant Governor Mark Robinson is unfit to serve in his elected office. He can’t govern without bias against individuals who don’t share his religious and political opinions, and he can’t seem to stop bashing the LGBTQ Community whenever the opportunity arises. Meanwhile, calls for his resignation and the possibility of impeachment proceedings against him are growing.

“I do not intend to resign,” he said during the Spectrum News interview, “In fact, I intend to double down on my efforts against these things in our classrooms. Those folks can continue to call for my resignation, but that is not going to happen.”

If you’d like to meet with Lieutenant Governor Mark Robinson face-to-face, his office is located in the nationally registered historic home known as the Hawkins-Hartness House, 310 North Blount Street, in Raleigh. There’s also his Facebook account, or you can call him directly regarding his anti-LGBTQ comments, remind him he works for everyone in North Carolina, and see if he can “explain it to you.” His number is 919-814-3680.

Join us: This story is made possible with the help of qnotes’ contributors. If you’d like to show your support so qnotes can provide more news, features and opinion pieces like this, give a regular or one-time donation today.

Singer-Songwriter b. April 7, 1951 “Truth is not the enemy, and whatever does not kill us sets us free.” Janis Ian is a folk singer-songwriter and lifelong activist. She has won three Grammy Awards and been nominated for 10. Born in Farmingdale, New Jersey, to a liberal Jewish family, Ian grew up on a farm.…