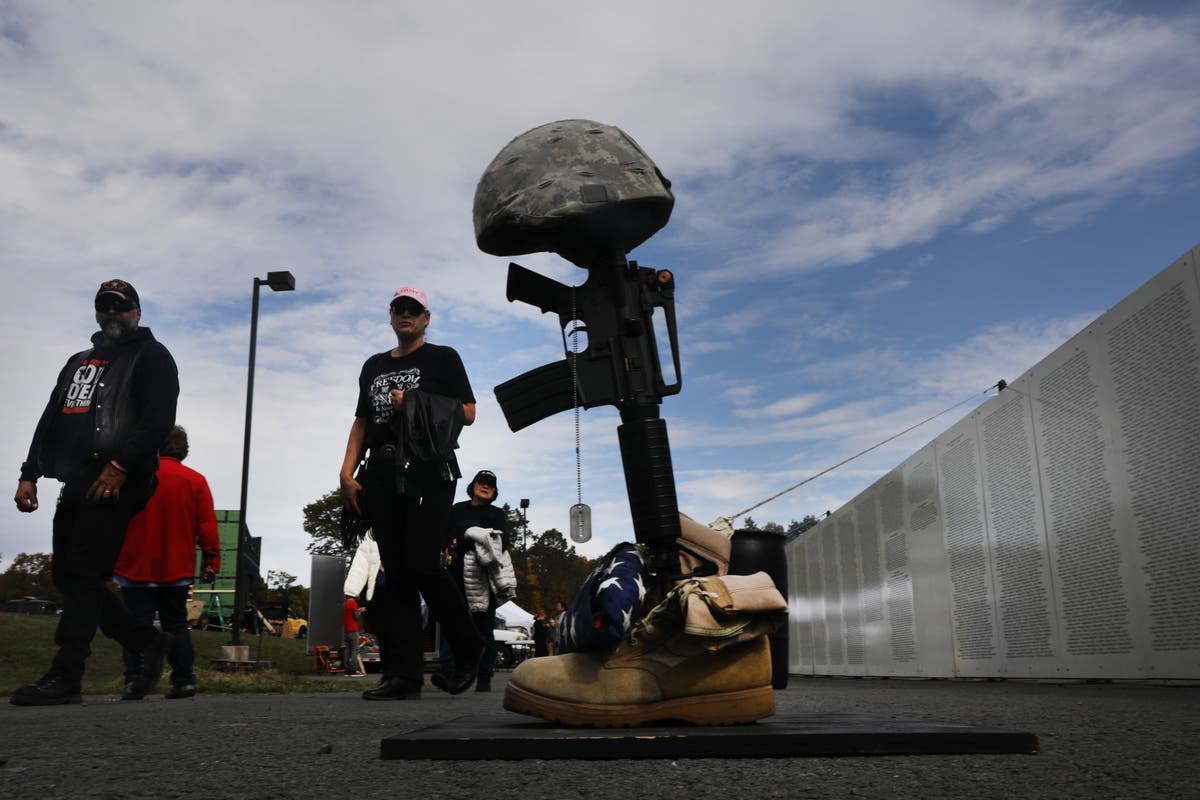 An American firearms manufacturer and a rural church whose members worship with AR-15-style rifles are presiding over a weekend-long event that unites a far-right movement anticipating civil war with high-profile figures on the American right and allies to former president Donald Trump.

Kahr Firearms Group and Rod of Iron Ministries – both run by the same wealthy family with direct ties to the international Unification religious movement – host the annual “Freedom Festival” in rural Pennsylvania through 10 October, with a lineup that appears to bridge the GOP denialism of 2020 presidential results with fringe figures amplifying violent conspiracy theories interpolated with Christian themes.

There also are presentations from certified NRA instructors, an AR-15 giveaway, and gun raffles and auctions, with seminars on the Second Amendment and gun ownership, “more guns, less crime” and the state of firearm-related legal battles across the US.

Those panels segue into baseless conspiracy theories, including a “new world order” United Nations plot (“The Great Reset: What is Agenda 21 and 30 and What should we do?”) and end-times scenarios, including “surviving the onslaught” and a warning that “political persecution is just a cover for religious persecution.”

Other guest speakers include Covid-19 vaccine conspiracy theorists and members of Patriot Prayer, a group accused of collaborating with Proud Boys and white nationalist groups in its violent clashes with antifascist demonstrators.

Former firearm industry executive Ryan Busse told The Daily Beast – which first reported on the 2021 event – that the presence of high-profile figures provides fringe movements with a degree of credibility.

“It’s going to send a message across the country that this is normal, that this is OK. This is American fascism being developed right before our eyes,” he told The Daily Beast. “This is like 1936 Germany in a symposium.”

While the Rod of Iron is not the first “doomsday” movement in the world, “it’s the first one that a former spokesperson for the NRA is speaking at,” Mr Busse said.

Kahr CEO Justin Moon and Rod of Iron Ministries founder Sean Moon are both sons of Sun Myung Moon, a self-proclaimed messiah and “father” of the Unification movement, whose followers are part of a sprawling business and political enterprise to promote its goals, which include the unification of North and South Korea into a single Christian state.

Upon arrival in the US, Sun Myung Moon emerged as a prominent figure within the American right and helped found The Washington Times newspaper – its current managing editor is scheduled to join the Freedom Fest opening ceremony.

Sean Moon claims his inclusion of AR-15s into the movement’s worship is Biblically based, citing a passage in the Book of Revelation that speaks of Jesus using a “rod of iron” to assert his authority during the end of days.

The Independent has requested comment from the NRA and festival organisers.

Paragon Warlock : Gravity Knife Review
The View Doesn’t Appreciate a Right
What To Know When Buying A G3
Reminder: You’re Invited to the NRA-ILA Firearms Law Symposium in Roanoke Next Saturday!
Shooting the Breeze # 35