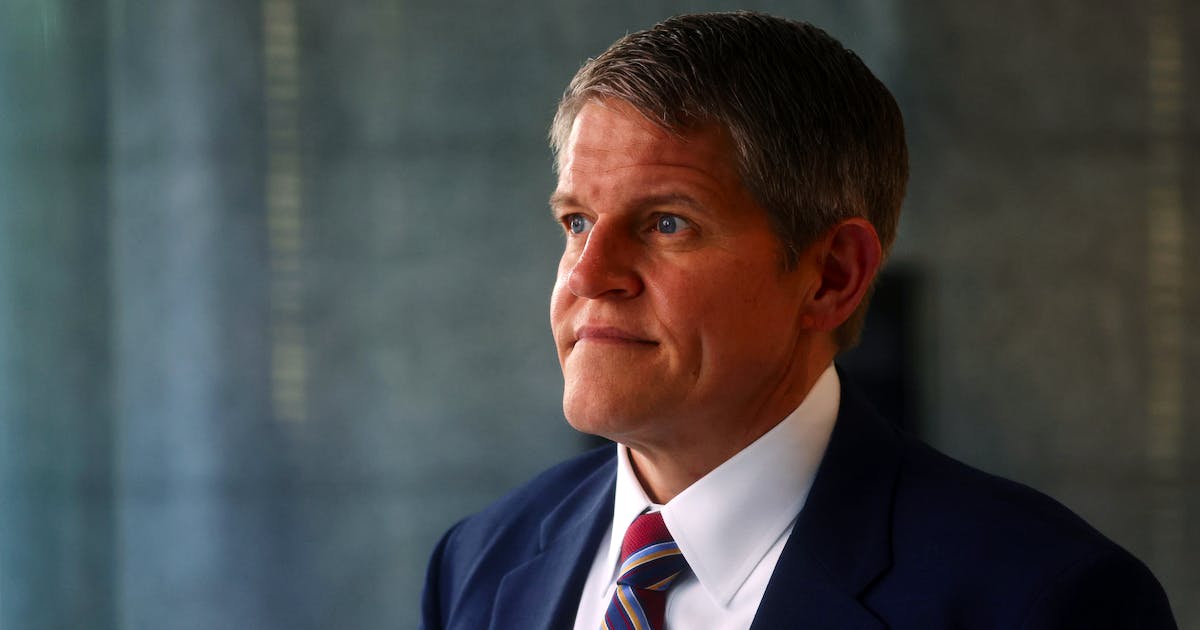 STORY CONTINUES BELOW THESE SALTWIRE VIDEOS

WASHINGTON (Reuters) – President Joe Biden’s failed nominee to run the Bureau of Alcohol, Tobacco, Firearms and Explosives said he faced death threats while the U.S. Senate was considering him but that the administration declined to provide him security.

Longtime ATF agent and gun control advocate David Chipman said in an interview on Wednesday that he hired a security adviser after repeatedly telling the FBI and his handlers at the Justice Department who were assigned to help him navigate the confirmation process about the threats.

The White House earlier this month withdrew Chipman’s nomination to lead the ATF, where he worked for 25 years, after Senator Angus King, an independent who usually votes with Democrats, declined to back his nomination.

In the five months after being nominated to run the agency, he had been the target of repeated threats, Chipman said.

“What concerned me is there was no one in government that I knew of who was willing to take responsibility for my own safety or my wife’s safety,” he said. “I talked to the FBI. They were like: ‘Well, has anyone done anything? We investigate crimes.’ I said: ‘Well, that’s not what I’m looking for. Who owns my security?'”

A Justice Department spokeswoman did not have any immediate comment.

ATF’s leadership has long been politically fraught. The Senate has confirmed just one nominee to the post in the past 15 years, thanks to fierce lobbying from powerful gun advocacy groups including the NRA.

But Chipman, who still serves as senior policy adviser with the Giffords gun control advocacy group, faced additional hurdles, including a social media disinformation campaign that he said was fueled in part by the National Sports Shooting Foundation (NSSF). He said the group circulated bogus claims that he had killed women and children during a 1993 standoff in Waco, Texas.

“When it became obvious that it was not him, we took that photo down,” he said, calling the threats Chipman faced “reprehensible.”

Death threats have become an increasing factor in U.S. politics, from the hundreds of people who stormed the Capitol on Jan. 6 trying to overturn Donald Trump’s election defeat, to phone threats made to election workers and a plot to kidnap Michigan’s governor by men angry about policies meant to stem the spread of COVID-19.

He said he intends to stay on at Giffords, founded by Democratic former U.S. Representative Gabby Giffords after she was wounded by a gunman in an 2011 attempted assassination in Arizona.

“I couldn’t be on the sidelines at this point in our history,” he said.