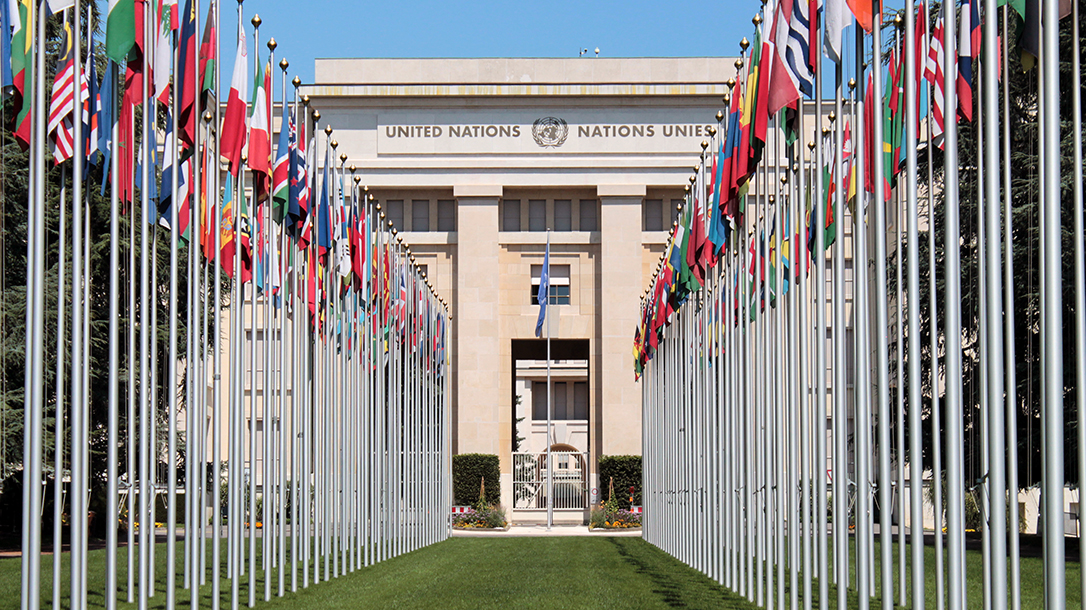 President Joe Biden continues his trend of undoing everything positive Trump achieved while in office. Biden now takes aim at America’s law-abiding gun owners, yet again. He plans to bring the United States back into the anti-gun United Nations Arms Trade Treaty (ATT).

State Department representative William Malzahn recently revealed the new scheme. He spoke at the 7th Conference of States Parties to the Arms Trade Treaty, reported Washington Examiner. “I have come from Washington, D.C., this week to take the floor on the agenda item Treaty Universalization to underscore the continuing commitment of the United States to responsible international trade in conventional arms.”

Before we dig in, let’s look at a little background.

The ATT went into effect in December 2014 when President Barack Obama was in the White House. Its relatively innocuous sounding goal was “establishing common international standards for the import, export and transfer of conventional arms.”

At first glance, it might not sound too bad. But Obama and company hoped the United States involvement would allow enacting restrictive gun laws more easily. It sets up a plan for global registration, including U.S. gun owners.

Two years ago, at the NRA Annual Meetings, President Donald Trump announced his decision to withdraw from the ATT. Then, in front of the crowd gathered in Indianapolis, Trump took out an ink pen. He officially “un-signed” what former Secretary of State John Kerry had signed back in 2013.

Pro-gun advocates worry the ATT comprises a potential registration scheme. With the U.S. as a member, it could include U.S. gun owners upon ratification. We all know from experience, registration, without fail, leads to confiscation.

Other concerns involve the treaty’s ability to add amendments without the consensus of all parties. The proponents’ refusals to clarity that it places no restrictions on the possession of small arms by U.S. citizens should cause serious alarm.

In a tweet on Wednesday, the NRA warned about what Biden was up to concerning the ATT.

In a follow-up tweet, the NRA wrote: “@StateDept official William Malzahn spoke August 31, 2011, at the Seventh Conference of States Parties to the Arms Trade Treaty and made clear that the Biden Administration is committed to international gun control.”

And in another tweet later that day, the NRA noted: “This is the first step towards creating a global firearms registry. President Biden wants to give foreign bureaucrats control over the rights of law-abiding Americans, and the NRA will fight it every step of the way.

In the end, one thing is for sure: With the current administration’s strong focus on infringing upon the rights of America’s law-abiding gun owners, we don’t need to battle an international gun control movement at the same time. Pro-gun activists should fight this move with everything in their power—just like they did the first time the U.S. was party to the ATT.

How GOP lawyer Cleta Mitchell joined Trump’s ‘team deplorables’ advancing his false election fraud claims
NC Lt. Governor Says ‘Transgenderism’ and ‘Homosexuality’ are ‘Filth’
Cops Can Take Your Stuff and Not Give It Back. We Must Change That.
Do you know Snakes from Tonle Sap Lake? Let’s deep fried snakes and eating with sour pepper source
Doomsday, guns and Jesus Christ: Inside the ultra-right Rod of Iron Freedom Festival