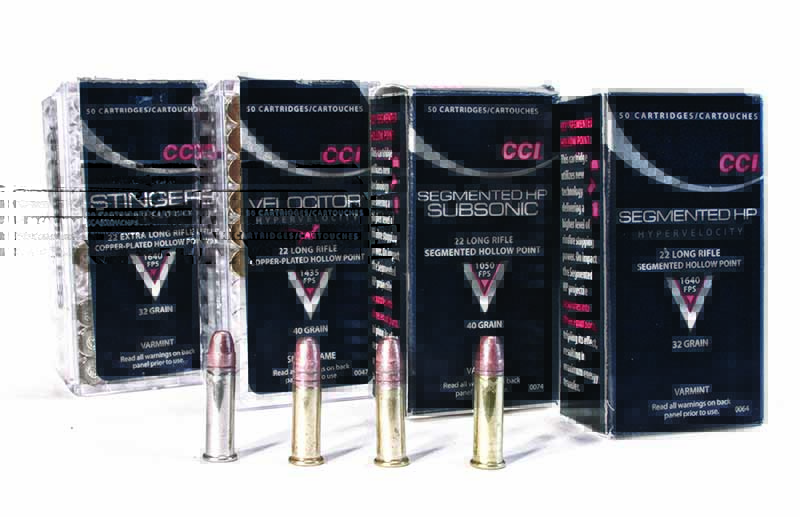 Rimfires for self-defense might be met by a chorus of clucking tongues, but when lives are on the line, ‘small’ is better than nothing at all.

Scott Reidy, director of training at Sig Sauer Academy, spent 21 years as a police officer in Nashua, New Hampshire, where winters are cold and clothing is heavy. He’s spent most of the last 10 years as a full-time firearms instructor. “Last year, we had 14,000 students through our concealed carry program,” he said. “We teach heavily on acceptable caliber and recommend no lower than a .380, but there are some big caveats there. Can you safely manipulate the gun? Manage the recoil? How small does the gun need to be to conceal?”

In other words, there are scenarios where rimfires for self-defense make sense, rare as they might be. Older arthritic hands that can’t handle the snap of a micro .380 or 9mm might be OK with a low-recoil .22 WMR or .22 LR. Disabled or injured shooters with limited hand mobility may be able to safely manipulate a small and light pistol, with limited recoil.

Then, there are deep concealment scenarios that call for a positively tiny piece—a boot or even a belt-buckle gun. This all boils down to the idea that a small gun a shooter can shoot accurately, reliably and quickly is better than a larger caliber they can’t shoot well at all. Hitting is better than missing. One gun is better than no gun.

And, two guns are better than one gun. A friend of mine in Georgia does just this, carrying a concealed Sig P365 on his hip every time he steps out of the house, along with a Ruger LCR in .22 WMR in an ankle holster when about town with his wife, who knows how to shoot but doesn’t like to carry.

“If something terrible happens, and we’re in a shopping mall, say, I can get her to a safe place, arm her with that little gun she likes to shoot at the range, and situationally we’re better off,” he said. “Two guns are better than one.”

Limited as it might be, rimfires have a particular use case in the self-defense world.

Considering rimfires for self-defense, we’re really lumping together the two .22s—the .22 WMR and the .22 LR. This is largely unfair because as all Gun Digest readers know, ballistically they’re very different. Most won’t argue the adequacies of .22 WMR for self-defense, and some will say its power versus cost versus weight make it the ideal SHTF survival round.

Consider how the .22 WMR holds up to the old-school pocket gun rounds like the .25 Auto and .32 Auto, as tested by engineers at Federal Ammunition at the Federal Factory in Anoka, Minnesota. “Our Gold Dot .22 Magnum load, which we’ve had in the lineup for years, will go toe-to-toe with any .32 Auto or .25 Auto any day of the week,” said Dan Compton, product manager for rimfire and shotshell with Federal. “Our main goal was penetration, even at the sacrifice of expansion. The light bullet with flat profile really gave us that penetration.”

Federal found that the 40-grain .22 WMR running 1,500 fps penetrated 2.5 inches more than the heavier, slower 60-grain .32 Auto load running just 725 fps. Talented gun writers like our own Richard Mann have corroborated these findings from as early as 2013, how the .22 WMR with loads like Gold Dot and Hornady Critical Defense have killing penetration when placed correctly, with adequate expansion from handgun-length barrels.

A more debated topic is the viability of .22 LR for self-defense applications. While no dedicated .22 LR self-defense loads are currently on the market, it wouldn’t surprise me if we see them trickle out in the new year.

If the main goal remains penetration, as it was for Federal on .22 WMR project, it’s likely a self-defense .22 LR will be a fast, light load—something hyper-velocity like a CCI Stinger or Velocitor. Both loads have been widely tested by engineers and gun writers alike for self-defense applications, and, in the best cases, penetrate ballistic gel just 6 inches. To this point, Reidy has seen cases on the street where .22 LR rounds have failed to penetrate heavy leather jackets. One of my most memorable police stories as a daily newspaper reporter was a guy shot randomly in the back of the head with a .22 LR while running down the street. The shooter was an estimated 50 to 100 yards away when his 40-grain soft point connected dead center in the back of the runner’s head. The bullet broke the skin, but not the skull, and stuck there like bent tin can. The cell phone photo his girlfriend had taken of the bullet lodged in his head was graphic, and the newspaper declined to run it. The runner, for what it’s worth, thought he was stung by some giant hornet and was seen, patched up and pushed out of the emergency room in a few hours.

Not all .22 LR loads are equal, of course. Damage from a bulk-pack load at 100 yards is nothing like that from a hyper-velocity round at 10 steps. At bad-breath distances, the right .22 LR could be potent. As David Petzal has written, “They’ve killed African lions and Alaskan grizzlies and who knows how many unfortunate human beings.”

With a big trend in the firearm industry currently being all things .22 LR, and the release over the past year or so of new .22 LR pistols from Glock, Ruger, Taurus, Kel-Tec and others, rest assured the discussion of .22 LR as a viable and deadly self-defense round is only just beginning.

Editor’s Note: This article originally appeared in the 2020 EDC issue of Gun Digest the Magazine.