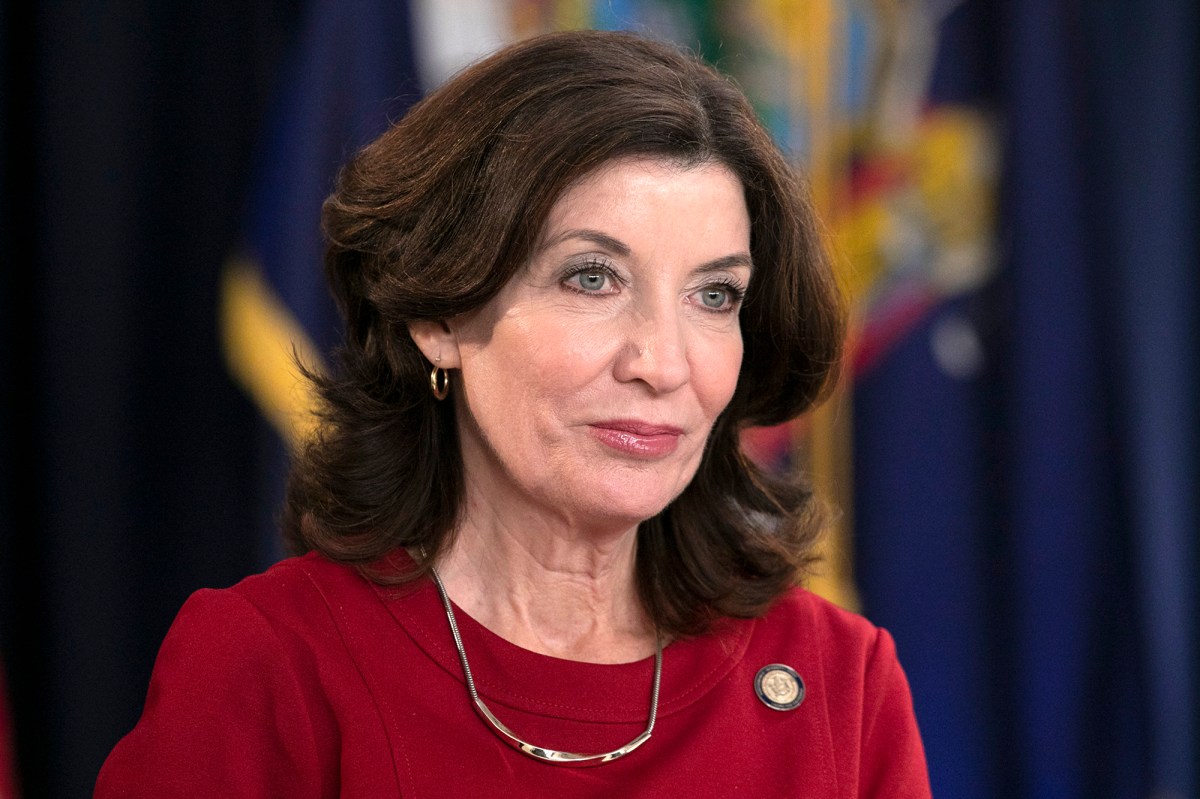 With the bombshell release of an official report concluding that Gov. Andrew Cuomo sexually harassed several women — and, in doing so, violated state and federal law — the spotlight has turned once again to Lt. Gov. Kathy Hochul.

Under state law, Hochul, 62, would succeed Cuomo as governor should he resign or be removed through impeachment.

“There’s one word that describes our lieutenant governor: Tenacious,” continued Zellner, pointing to Hochul’s ability to appeal to rural and urban Democrats alike. “She’s been a bulldog from day one. She knows what needs to get done for the people of New York.”

In a damning report commissioned by state Attorney General Letitia James and compiled by independent investigators, 11 women — including current and former state staffers — were deemed credible in their allegations that Cuomo sexually harassed them.

Cuomo, 63, has repeatedly denied inappropriately touching anyone and has not given any public indication that he’s considering stepping down, despite bipartisan demands extending all the way up to President Biden.

After staying relatively quiet since the scandal erupted in late 2020, Hochul spoke out following the release of the AG’s office report to slam the “repulsive and unlawful behavior” described.

Citing propriety as the next in line to occupy the Executive Mansion, Hochul declined to speak at length on the future, saying only, “Under the New York Constitution, the Assembly will now determine the next steps.”

But should Cuomo reverse course and resign — or be ousted via impeachment proceedings — married mother-of-two Hochul would become the first woman to serve as governor in the Empire State.

The Buffalo native received her BA from Syracuse University, and a law degree from the Columbus School of Law at Washington, DC’s Catholic University.

But by the early 90s, she pivoted from law to become involved in local politics, rising in prominence over the ensuing years.

In 2003, Hochul was tapped by Erie County Clerk David Swarts as his deputy.

When Swarts resigned the position in 2007, Hochul was elected to finish out his term, and clinched re-election in 2010.

But before finishing her first full term, Hochul threw her hat in the ring during the 2011 special election to represent New York’s 26th congressional district — spanning parts of Erie and Niagara counties — in Washington.

But Hochul’s aisle-straddling positions and endorsements — including from the National Rifle Association — weren’t enough to put her over the top in 2012, when she narrowly lost re-election to Republican Chris Collins.

When Robert Duffy, who served as lieutenant governor during Cuomo’s first term, announced that he would not seek re-election in 2014, Cuomo gave the nod to Hochul.

But the limelight rarely found Hochul during the race, drawing accusations that Cuomo had ordered her “kept under wraps” to hide her more moderate views.

As Cuomo sought re-election in 2018, concerns again swirled that her ideals could scare off progressive voters, but they proved unfounded as Hochul and Cuomo breezed to primary wins and re-election.

Now in her second term, Hochul has remained relatively anonymous in the often thankless job, not even earning a mention in Cuomo’s memoir on the handling of the COVID-19 pandemic.