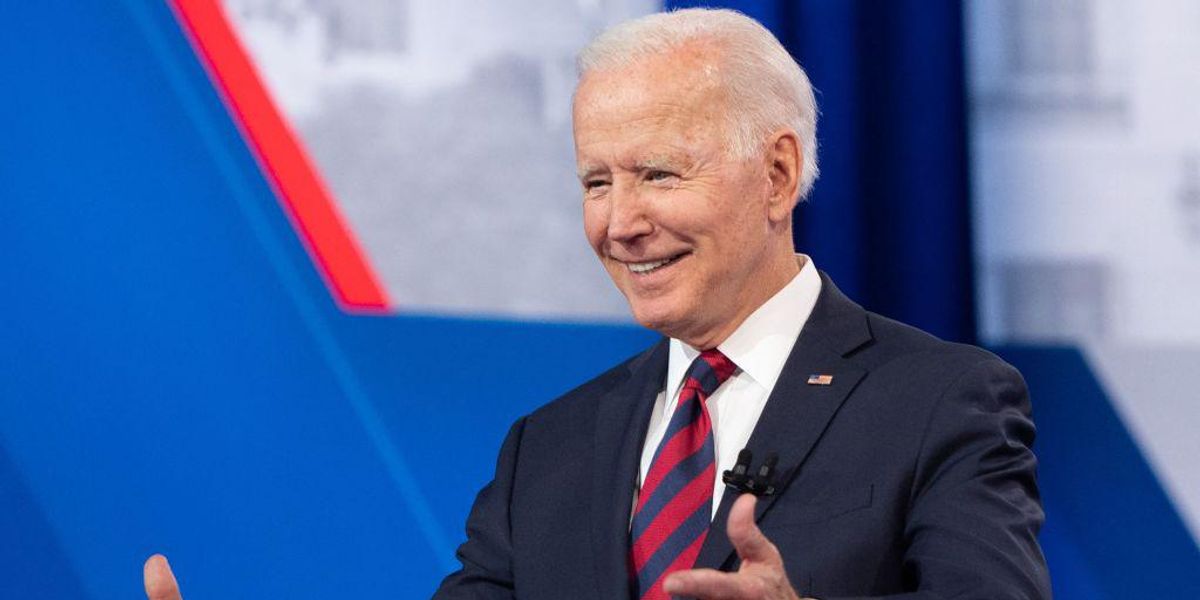 Supposedly nonpartisan fact-checking org Politifact ran interference for the Biden administration this week, falsely claiming that Biden did not say he wants to ban handguns during a recent town hall.

During a Wednesday town hall event with far-left television network CNN, Biden was asked a question from a member of the audience about guns. The questioner asked, “So, how will you address gun violence, from a federal point of view, to actually bring about change and make our local cities safer?”

Biden responded, according to the White House transcript of the event, with a clear indication that he wants to ban at least some handguns:

Now, I’m not being a wise guy. There’s no reason you should — have you seen my gun violence legislation I’ve introduced? As you know — because you’re so involved — actually, crime is down; gun violence and murder rates are up. Guns. I’m the only guy that ever got passed legislation, when I was a senator, that made sure we eliminated assault weapons. The idea you need a weapon that can have the ability to fire 20, 30, 40, 50, 120 shots from that weapon — whether it’s a — whether it’s a 9-millimeter pistol or whether it’s a rifle — is ridiculous. I’m continuing to push to eliminate the sale of those things, but I’m not likely to get that done in the near term.

The official Twitter account of the House Republican Caucus pulled a clip of these remarks and posted it with the claim that “President Biden says he wants to ban handguns.”

House Republicans will NEVER allow this to hap… https://t.co/7yNxMG8Y76

In spite of the fact that Biden, in his own words, clearly indicated a desire to ban at least some handguns, Politifact decided to rate this claim as “false.”

In explaining their reasoning, Politifact stated:

But regardless of the definition, neither term includes all handguns.

For example, the Sig Sauer P365 was ranked the most popular handgun in a 2020 survey of Alabama gun dealers. The NRA’s Shooting Illustrated Magazine named it the Handgun of the Year. The standard magazine for the P365 is 10 rounds, and depending on the model, the weapon can accommodate a 15-round magazine.

Nothing Biden said would curtail the purchase of the Sig Sauer P365. Nor would his policies touch any of the 15 standard handguns in the Alabama survey. It is possible that some models of pistols would be affected. There are designs that bridge the gap between handgun and rifle, and are built to accommodate larger magazines. But they represent a subset of firearms, and barring them would not constitute a ban on all handguns.

There is, of course, a problem with this analysis. The House GOP’s tweet did not claim that Biden wanted to ban all handguns. Their tweet indicated that Biden says he wants to ban handguns. By Politifact’s own admission, some models of handguns would doubtless be affected by Biden’s gun control plan. The claim that Biden wants to ban at least some handguns is not something that even the White House has denied or tried to hide from, as they proudly posted the president’s words on the White House web page.

Reasonable people can disagree about whether the House GOP should be blamed for falsely implying that Biden said he wanted to ban all handguns, even though they did not say that. They did include video of the president’s remarks, so people could see for themselves what Biden said. But while it would be false to say or imply that Biden stated he wanted to ban all handguns, it is equally false to imply, as Politifact clearly did, that Biden did not say he wants to ban some handguns.