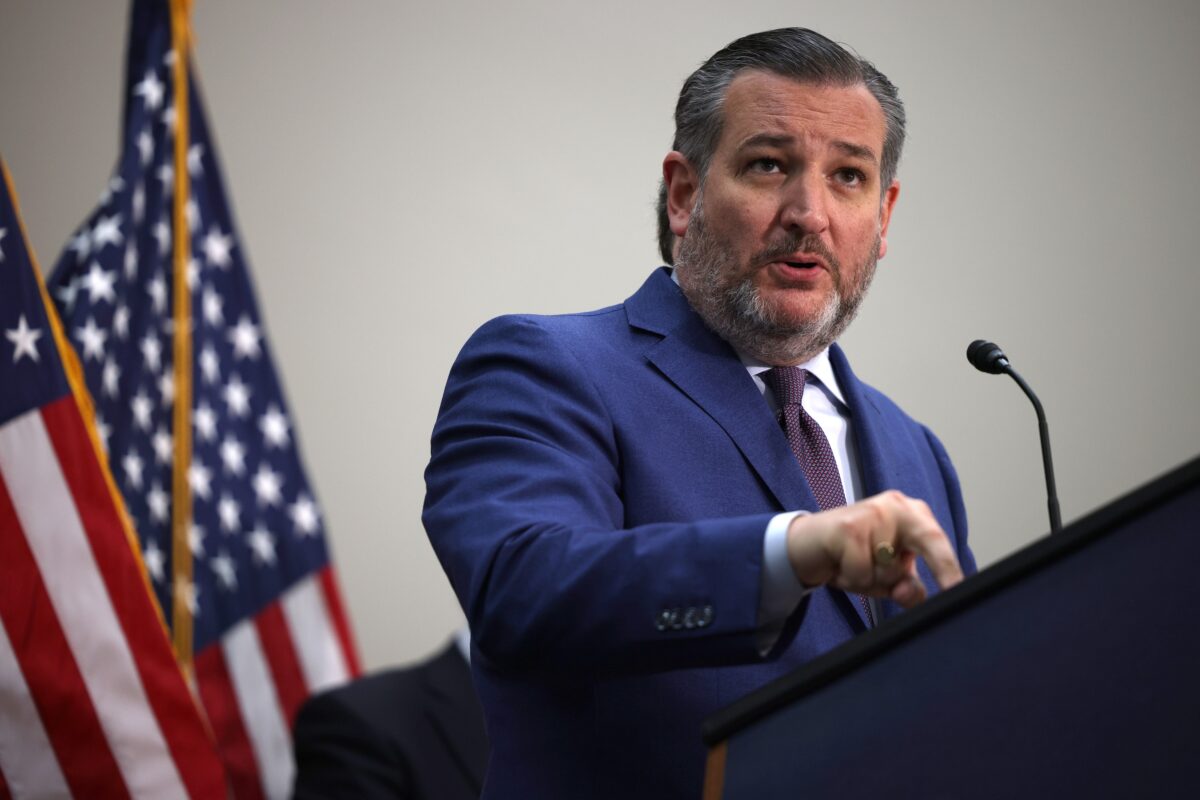 Sen. Ted Cruz (R-Texas), ranking member of the Senate Judiciary Subcommittee on the Constitution, led 24 other Republican senators to file an amicus brief, arguing that the New York state laws making it hard to carry a gun outside the home violate the Second Amendment.

In regards to the New York State Rifle and Pistol Association v. Bruen case, which is currently pending before the U.S. Supreme Court, the senators wrote, “[L]egislators—whether in Albany or Washington, D.C.—have neither the power nor the authority to second-guess the policy judgments made by the Framers and enshrined in the Constitution.” They added that the Framers’ “decision to guarantee the right of the people to keep and bear arms after weighing all the policy considerations is definitive.”

After the New York District Court sided with the superintendent, NYSRPA filed a petition with the Supreme Court in Dec. 2020 in which the question presented to the Court was “whether the Second Amendment allows the government to prohibit ordinary law-abiding citizens from carrying handguns outside the home for self-defense.”

In a Wednesday press statement, NRA-ILA praised the Republican senators who filed an amicus brief for “supporting the individual, fundamental right of self-defense outside the home.”

Senate Minority Leader Mitch McConnell (R-Ky.), who was among the senators who signed the brief, said it is their sworn duty to uphold the Constitution.

“[E]lected officials swear to support and defend the Constitution, and so must respect when the Framers took a decision out of their hands. The Second Amendment’s guarantee of the right to keep and bear arms cannot be second-guessed by legislators across the country who simply disagree with the choice the Framers made.”

On April 26, 2021, the Supreme Court granted the petition, but it has limited the question to “whether the State’s denial of petitioners’ applications for concealed-carry licenses for self-defense violated the Second Amendment.”

This will be the first Second Amendment case the Supreme Court considers since District of Columbia v. Heller and McDonald v. City of Chicago, in which it was decided that U.S. citizens could possess guns for self-defense in their homes. This time, the Supreme Court will consider the question of whether people can carry guns outside the home, which currently is being decided by individual states.