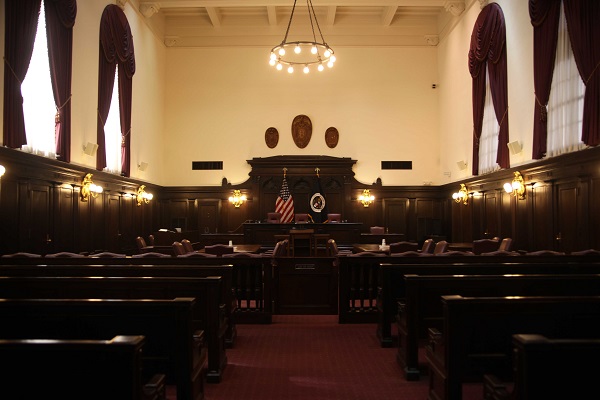 In today’s FPC legal update, we have updates from a lawsuit challenging New Jersey’s 3D-printing laws and one challenging the police stop of a West Virginia open carrier.

New Jersey filed its brief in this lawsuit challenging the state’s ban on 3D-printed guns and files, arguing that the circuit court can’t hear an appeal over the district court’s decision to transfer some of the claims out of Texas. The state also argues that, even if the circuit court is able to hear the case, “the district court did not clearly abuse its discretion in severing and transferring the claims against the New Jersey Attorney General.” The parties challenging the ban will have an opportunity to file a reply before the court makes a decision in this case.

Earlier this month, a 3-judge panel at the Fourth Circuit determined that a West Virginia police officer’s decision to question someone open carrying an AR-15 was supported by reasonable suspicion, and therefore did not violate the carrier’s rights. Today, the carrier filed a petition for an en banc rehearing, which asks the court to hear the case before a panel consisting of the entire court. The petition argues that “this appeal involves one or more questions of exceptional importance, namely the uniform and equal application of the Fourth Amendment to all individuals in the context of suspicionless seizures of law-abiding gun owners.” The court may now determine whether to rehear the case, but it may first request the filing of a response to the petition.

Building Roman House Primitive | Survival With Manual Construction Skills Roman (Part3)
Lethal Force Vs Pepper Spray: Is There Ever A Justification?
FPC Daily 2A Legal Update – 7/26/21
Republican posts video demanding Pelosi ‘come and get’ her for not wearing mask — and it doesn’t go well
INTRODUCING A PUPPY TO THE OUTDOORS: Taking Our New Dog to the Fort in the Woods for the First Time