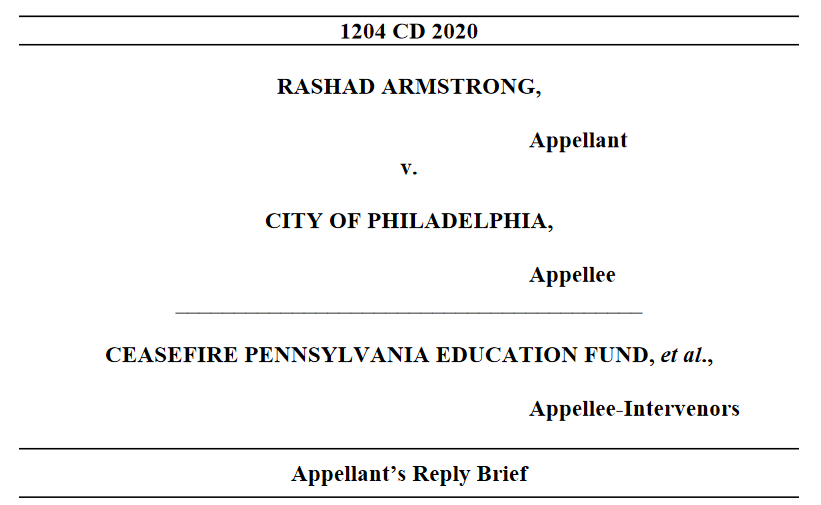 In today’s FPC legal update, we have an update from a lawsuit challenging Philadelphia’s law requiring reporting of “lost or stolen” firearms.

A reply brief was filed in an FPC-supported case that challenges Philadelphia’s law requiring reporting of “lost or stolen” firearms. The reply argues that Philadelphia’s ordinance violates Pennsylvania’s firearm preemption law, saying that the city wants “to have this Court ignore or otherwise discard the legion of binding precedent from PA Supreme Court and this Court to hold that Ordinance 10-838a is lawful.” The brief also argues that “the admission of witness testimony and exhibits below was improper and served only to improperly prejudice the appellant” and that the city is “attempt[ing] to mislead this court by contending that Mr. Armstrong did not present evidence.” With the reply brief submitted, the court will now determine how this case will proceed (or issue an opinion).