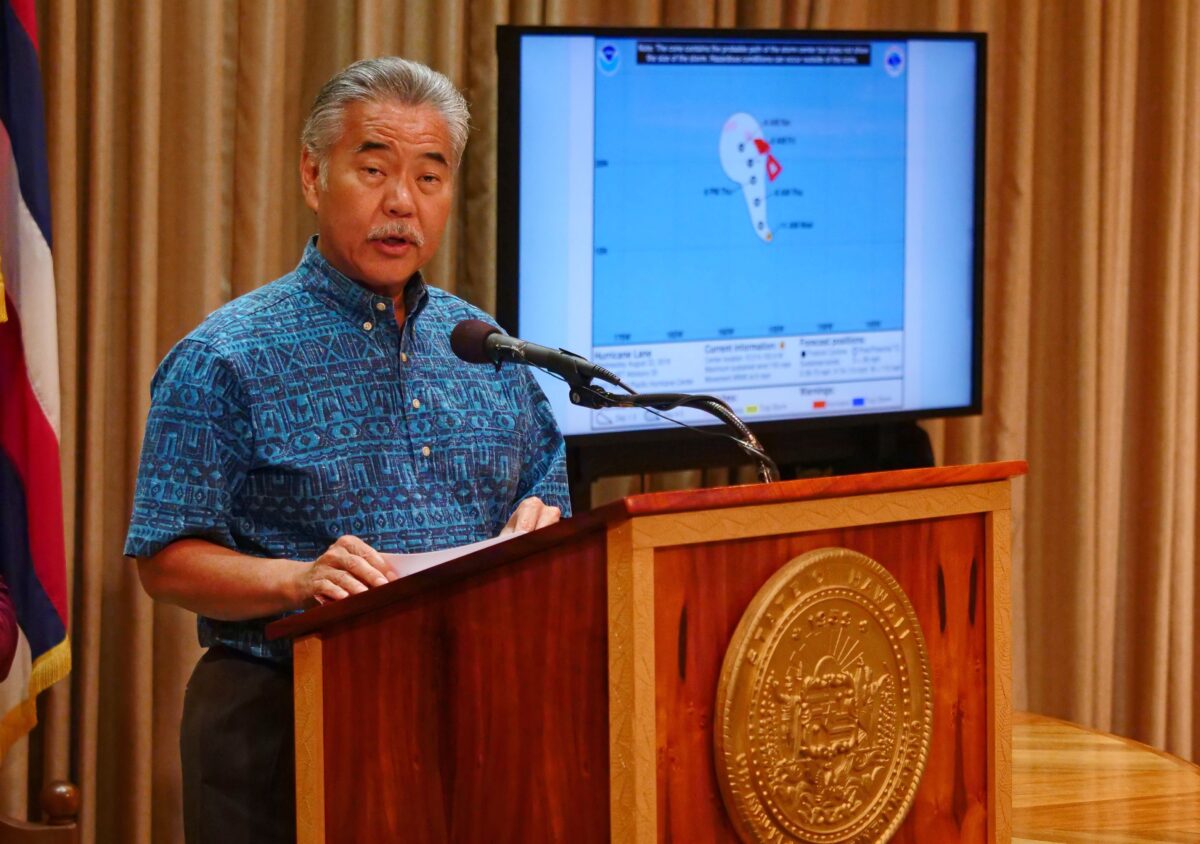 At a signing ceremony last week, Ige said the measures are “focused on increasing the safety and well-being of our community.”

One of the bills, called HB31, imposes more stringent firearm storage requirements on Hawaiians, requiring so-called “safe storage” in premises where someone under 18 years of age is likely to gain unauthorized access to a firearm. Previously, the “safe storage” law stipulated that firearms needed to be either locked away or carried on the person in premises where someone under the age of 16 could gain access without the permission of the parent or guardian.

“This will help ensure that individuals with firearms responsibly store them so that they cannot be accessed by an unsupervised minor,” Ige said.

The text of the bill cited data from the U.S. Department of Education and the U.S. Secret Service indicating that 68 percent of deadly school shootings were committed using guns from the attacker’s home or a relative, while over half of such crimes were perpetrated by 16- and 17-year-olds.

“Studies have shown that individuals in those age categories were the most inclined to use a firearm in a harmful manner if it was readily accessible. By strengthening this we hope to promote gun safety and gun ownership,” Hawaii Police Department Capt. Brian Yamamoto said at the signing ceremony. [remove]

The National Rifle Association’s Institute for Legislative Action (NRA-ILA) opposed the measure, saying in a statement that, “safe storage is a matter of personal responsibility and everyone’s situation is different. It’s unreasonable for the law to impose one-size-fits-all solutions.”

The second bill, called HB1366, expands Hawaii’s existing prohibition on manufacturing, obtaining, or obtaining parts to assemble a firearm with no serial number, commonly referred to as “ghost guns.” The bill now also makes it a felony to possess ghost guns or their components, effectively closing a loophole that allowed people to have unserialized guns by claiming they obtained their components before the previous ban went into effect on Sept. 15, 2020.

“Ghost guns are a significant risk to our communities,” Ige said. “Manufacturing guns without a serial number allows individuals to circumvent the proper procedures and background checks that are required and crimes committed with them are particularly challenging for law enforcement.”

The expanded ghost gun ban goes into effect on Jan. 1, 2022, with violators facing up to 5 years behind bars.

The NRA-ILA urged Ige to veto the measure.

Gun rights advocates more broadly have criticized ghost gun bans and other restrictions, arguing that they limit the ability of law-abiding citizens to exercise their constitutional right to defend themselves while doing little to address the criminal misuse of firearms as perpetrators typically obtain guns illegally.