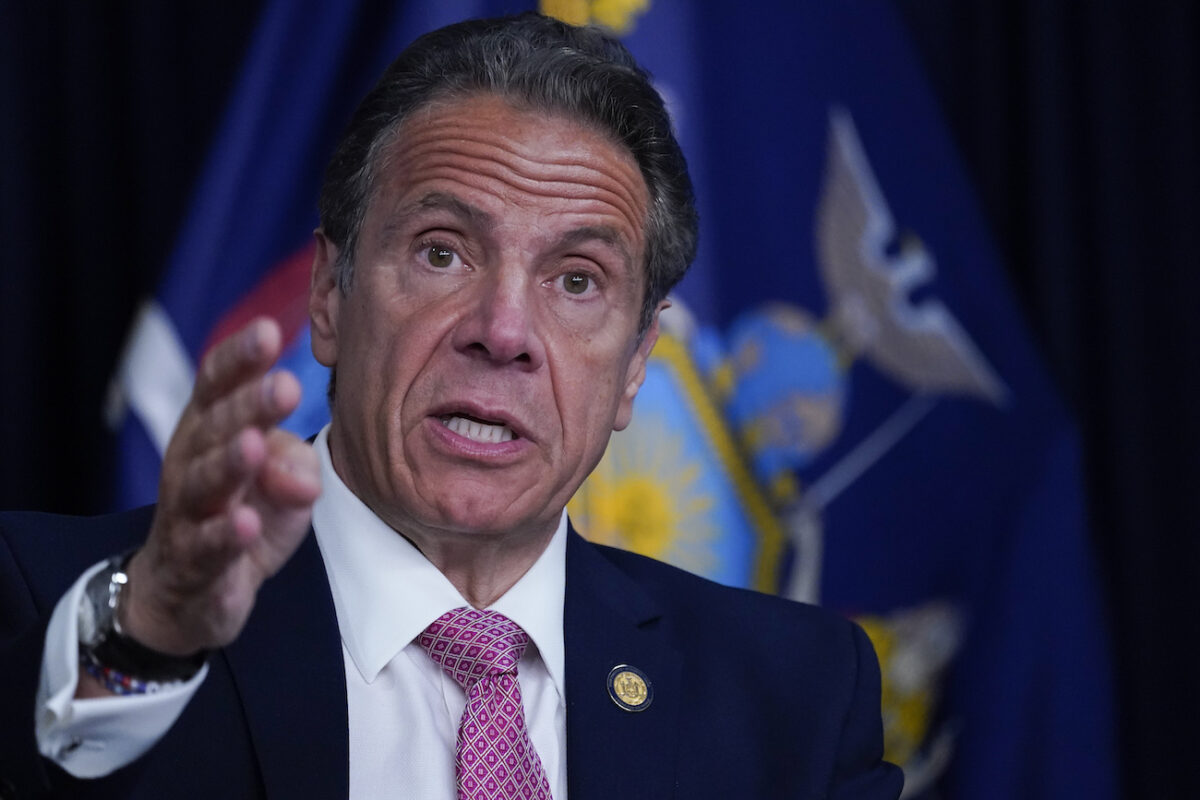 New York Gov. Andrew Cuomo on Tuesday said he has declared “a disaster emergency on gun violence” amid a spate of homicides and shootings in New York City and other metropolitan areas in the state.

Describing the shootings as a “public health crisis,” Cuomo said the “declaration will allow us to give this crisis the full attention [and] resources it deserves.”

The state will target areas that have frequent shootings and homicides—which Democrat officials often refer to as “gun violence”—by using the same model used to deal with COVID-19, Cuomo said.

That entails treating shootings like a public health emergency, targeting crime hotspots, curbing the sale of illegal firearms, rebuilding trust between communities and local law enforcement, and other initiatives. The state will require large police departments such as the New York City Police Department (NYPD) to submit “incident-level data” on shootings so hotspots can be tracked.

It would also create a new state agency, the Governor’s Council on Gun Violence Reduction, which will facilitate coordination between state and local governments responding to shootings and crime.

“We have to create jobs to keep these kids off the streets. New York State will pay 100 percent of the salary. We just want them to get training and a place to go,” he said Tuesday. “So they see a future.”

New York state has already some of the strictest gun-control laws in the United States. While no permit is required for the purchase of a shotgun or rifle, residents need one to purchase and carry a pistol. Magazines that hold more than 10 rounds are also barred from being purchased or owned in the state.

And New York City, meanwhile, has among the strictest gun laws in the country. To own a shotgun or rifle, a New York City resident needs a permit issued by the city.

But despite the strict gun laws, at least 26 people were shot across New York City over the Fourth of July weekend, said the NYPD in reports carried by local media.

New Hampshire: Gun Bills Scheduled for Public Hearings on Wednesday
5 Fire Starting GADGETS for your SURVIVAL KIT!!
Father of child killed in Parkland shooting spars with Gavin Newsom over gun rights: ‘Sit this one out’
Sticky Rice
#SongforSocialChange “Why Oh Why” Climbs Fast Up the Charts Sending a Healing Message to the World