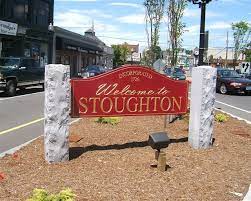 In today’s FPC legal update, we have an update from a case involving the disposal of surrendered guns in Massachusetts.

Action: Order on motions to dismiss

In this lawsuit from Massachusetts, the plaintiffs sued 14 towns and cities, a gun shop, and two police officers, claiming that they improperly disposed of firearms that were surrendered under state law. The lawsuit alleges that the gun shop made “arrangements” with the towns and cities to have surrendered firearms transferred to the store in exchange for checks or store credit without giving the guns’ owners “notice or an opportunity to be heard.” Today, the court determined that the lawsuit can continue, but it dismissed one of the plaintiffs, the town and city defendants, and some of the claims against the police officers. In doing so, the court said that the Massachusetts False Claims Act, which the lawsuit is brought under, does not allow a case to be brought by a corporation or against municipalities. However, the court denied the police officers’ qualified immunity defense at this stage, saying that “no reasonable officer would have understood that their conduct as alleged in the complaint—disposing of plaintiff’s guns and other items without notice, opportunity to be heard, or adequate state-law remedies—would come close to satisfying due-process requirements.” The lawsuit will now continue with the remaining parties and claims.