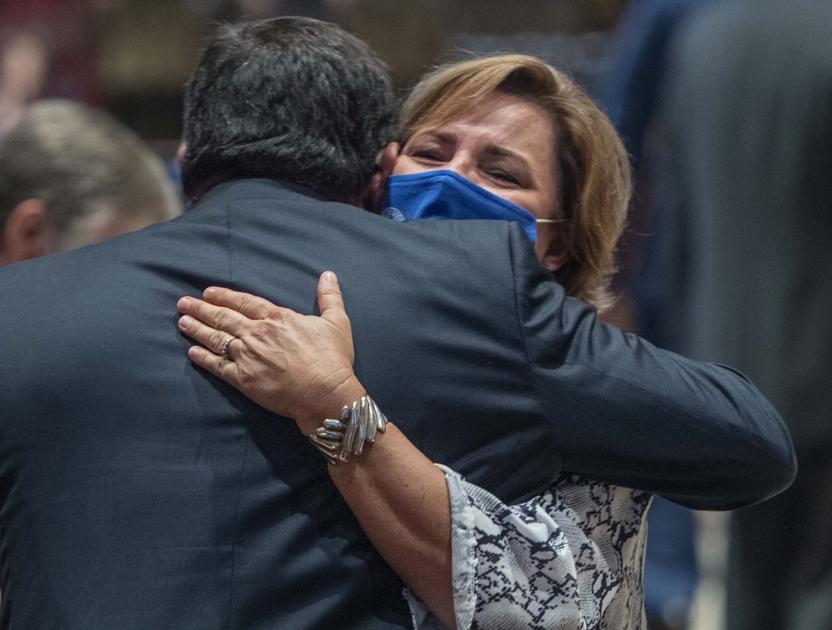 A proposal to expand Louisiana’s definition of domestic abuse to include controlling behaviors like coercion and intimidation was shelved on Thursday ahead of adjournment, spelling the end to legislation that faced unexpected opposition from the state’s powerful gun lobby and religious right.

Rep. Malinda White, the chief sponsor of House Bill 159, took to the House floor Thursday morning to apologize to victims’ advocates and survivors of abuse for failing to carry the bill across the finish line, vowing to refile an improved version of the legislation next year.

Law professors, family court judges and victims’ advocates spent four years crafting the proposal to streamline and expand the state’s definition of domestic abuse. Over the last decade, lawmakers have enacted a raft of new protections for victims of abuse, a piecemeal approach that inadvertently resulted in dozens of conflicting civil code definitions.

The definition proposed expanded domestic abuse to include some forms of non-physical, emotional abuse such as coercion, control and intimidation — but only when it’s used to prevent a victim from escaping a relationship or contacting law enforcement.

The legislation initially sailed through the Legislature, and after overcoming objections from the National Rifle Association, was poised to become law. But eleventh-hour opposition from religious conservatives held up its final passage, sparking an impasse that exploded into public view Wednesday.

Amid a one-on-one conversation over the bill’s language, White, a Bogalusa Democrat, abruptly began shouting at Rep. Alan Seabaugh. Moments earlier, the Shreveport Republican had told her she didn’t understand the ripple effects of her bill. A colleague intervened to remove White from the floor.

“When I said you’re not a lawyer and you don’t understand, she completely lost her mind,” Seabaugh said. “As she was dragged away she said either I’m going to get my gun and finish this or let me get my gun and we’ll finish this.”

Get the Louisiana politics insider details once a week from us. Sign up today.

White said in the heat of the moment, she made comments she probably shouldn’t have, but said as a survivor of domestic abuse, she was “triggered by the notion that she didn’t understand the issue at-hand.

Seabaugh said the language was too broad and that “people will lose their kids, they will lose their gun rights and all kinds other bad things for a bad text message, an offensive Facebook post or tweet.” He also said it would open the door to requiring alimony between dating partners.

But Andrea Carroll, an LSU law professor who helped draft the legislation, said those concerns are unfounded. She noted that existing law doesn’t allow for financial support between unmarried cohabitants and offered to include an amendment reiterating that fact.

Louisiana has the fifth highest rate of women murdered by men in the nation — nearly twice the national average, according to the Violence Policy Center — while homicide is among the leading causes of death for pregnant women in the state, according to researchers at Tulane and LSU.

Experts argued the language provided in the bill better reflects the realities of domestic abuse, which often begins with controlling behaviors, and would help victims obtain protective orders before their circumstances escalate to physical violence.