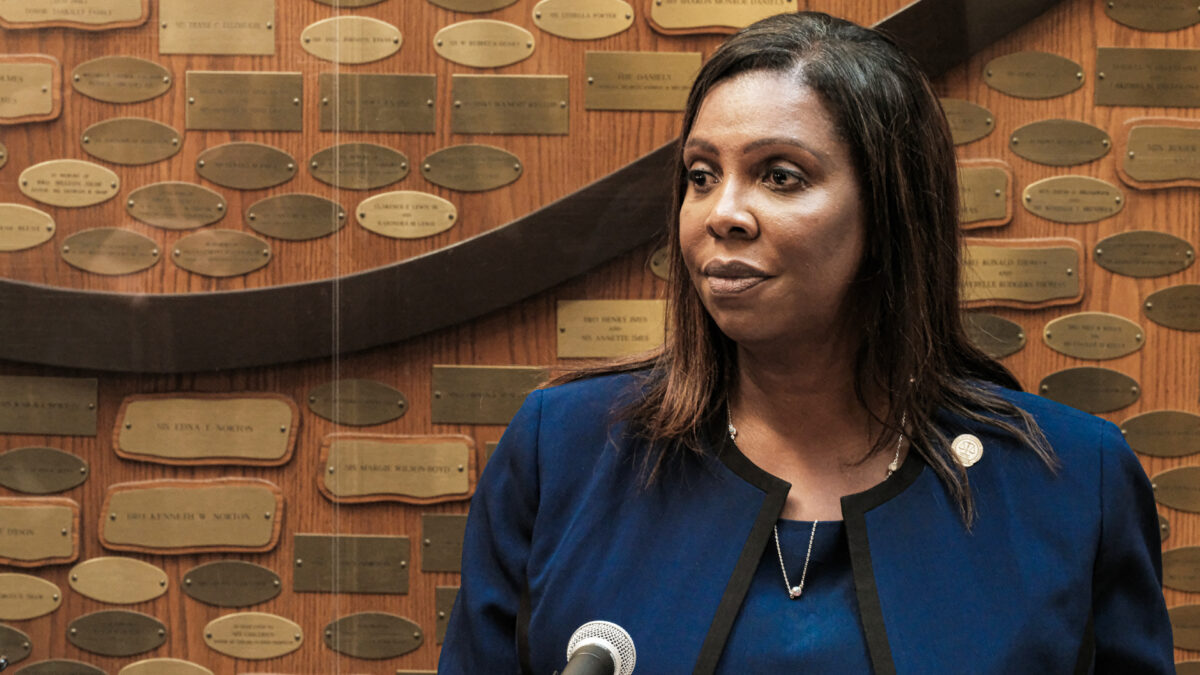 An attorney for the association, known as the NRA, told a federal judge that the plaintiff wants the suit “voluntarily dismissed without prejudice.”

The NRA filed the suit on Aug. 6, 2020, asserting James, a Democrat, was committed to targeting it for political reasons, based on statements she made during her campaign. At one point, James vowed to “take down the NRA.”

In a lawsuit filed in state court against the NRA earlier that day, James argued the nonprofit was exploited by CEO Wayne LaPierre for his financial benefit and for the benefit of a close circle of staff, board members, and vendors.

The voluntarily dismissal “will ensure that the NRA’s claims proceed promptly to discovery and a full vindication of its members’ rights,” NRA lawyer William Brewer said in a statement, referring to counterclaims in the same court in which James filed.

James said in a statement that the move “is an implicit admission that their strategy would never prevail.”

“The truth is that Wayne LaPierre and his lieutenants used the NRA as a breeding ground for personal gain and a lavish lifestyle. We were victorious against the organization’s attempt to declare bankruptcy, and our fight for transparency and accountability will continue because no one is above the law,” she added.

The dismissal came about a month after a federal judge threw out the gun rights group’s January bankruptcy case, which he called an improper effort to avoid James’ regulatory oversight and gain an “unfair litigation advantage.”

In dismissing the bankruptcy case after a 12-day trial, U.S. Bankruptcy Judge Harlin Hale in Dallas faulted LaPierre for arranging it without telling his board of directors.

Hale also warned that another bankruptcy filing could result in the appointment of an outside trustee to run the NRA, while adding that trial testimony suggested the group “now understands the importance of compliance.”

The NRA is one of the largest gun rights groups in the United States. It has seen membership jump during the COVID-19 pandemic.

Reuters contributed to this report.