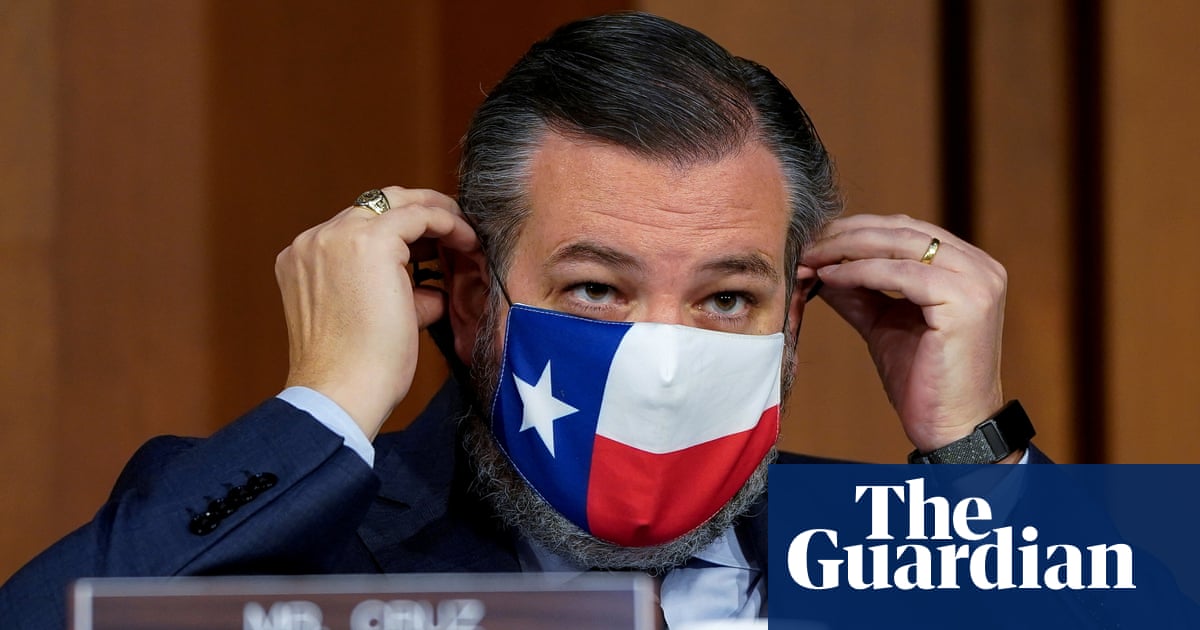 First it was tighter restrictions on voting. Then stringent limits on abortion. Then a relaxation of gun laws. And that was just May.

Texas, a state famed for its independent streak and doing everything bigger, is staking an early claim as the bulwark of Republican opposition to Joe Biden’s administration. It is a mirror image of the previous four years when California, the only state more populous than Texas, emerged as the bastion of Democratic resistance to Donald Trump’s agenda.

The defiance of California’s governor, Gavin Newsom, and then attorney general, Xavier Becerra, in filing more than a hundred lawsuits against the Trump administration over gun control, immigration and other issues was seen as a ray of hope for liberals during some dark years.

Now the shoe is on the other foot. Texas – which sued Barack Obama’s administration 48 times during his two terms – became thefirst state to file a suit against Biden’s White House in January, just two days after he took office, successfully blocking a freeze on deportations.

Ken Paxton, the state’s attorney general, has since unleashed a barrage of legal challenges regarding everything from environmental regulations to funding for a healthcare program to tax policy under Biden’s coronavirus relief package.

It was also Texas that led a lawsuit in January seeking to overturn the presidential election results in four battleground states that Donald Trump lost. The effort was thrown out by the supreme court but helped establish Texas as a voice of dissent in the Biden era.

“I think this is going to be home base for the Republican reactionary forces,” said Larry Jacobs, director of the Center for the Study of Politics and Governance at the University of Minnesota. “Federalism in America turns out to be an enclave for increasingly ideological politics and, especially when the out party in Washington is looking for hope and new ideas, they’re turning to these ideological enclaves at the state level.”

There is an important difference from the California example, however. The Golden State might have produced Richard Nixon and Ronald Reagan but has since become overwhelmingly Democratic: Biden won it with 11m votes to Trump’s 6m. In Texas, however, the Republican advantage has been eroding since George W Bush was president: Trump gained 5.9m votes to Biden’s 5.3m.

Jacobs added: “You look at the growing numbers of American ‘immigrants’ coming from California to Texas, the growing number of educated voters who tend to vote Democrat and the potential Latino vote, particularly in the main urban areas, and how long Texas remains a stronghold for the Republican party is something that’s been debated for some time.

“You’re seeing this hard-right move in Texas, but it’s not clear that Texas is going to remain hard right.”

Republicans’ current domination of the state government, however, is enabling them to embrace Trumpian politics while the going is still good. Like their colleagues in other state houses, party officials in Texas have exploited Trump’s baseless claims of fraud to justify new rules in the name of election security.

Proposed legislation includes expanding what poll watchers are allowed to do, creating an oath for people who volunteer to help voters who need assistance, and establishing criminal penalties for election officials for sending mail ballot applications. Activists say the measures will make it harder for poor people and people of colour to vote. The measures failed to pass on Sunday before a midnight deadline, after Democrats staged a walkout. However, governor Greg Abbott has vowed to bring the bill back at a special session.

Abbott recently signed a law that bans abortions after a fetal heartbeat can be detected, possibly as early as six weeks – before many women even know they are pregnant. “The life of every unborn child with a heartbeat will be saved from the ravages of abortion,” he declared.

This week a bill that would let Texans carry concealed handguns without any permit passed the state legislature and headed to the desk of Abbott, who has promised to sign it. The move was cheered by the National Rifle Association and Ted Cruz, a Texas senator, who tweeted: “This is excellent news for law-abiding, second-amendment loving Texans.”

The Texas Democratic party argues that such policies are the work of one Republican faction, not all of it, and out of step with the wishes of the population and that Republicans will be punished in next year’s midterm elections.

Luke Warford, its chief strategy officer, argues this makes the situation different from California during the Trump years. “The California Democratic party and their elected officials are probably doing stuff that’s in line with what the population of California supports and believes,” he said by phone from Austin, the state capital.

“All this stuff the Texas Republicans are doing right now is not wildly popular. It’s not in line with the populace writ large. I understand the right wing of the party’s logic in trying to drum up their base and be Trump version 2.0 but I think they’re going to pay for it in [midterm elections in] 2022. When we look at the Republican party of Texas, we see fragmentation.”

Warford points to the example of February’s winter storm that killed 111 people and caused one of the biggest power blackouts in American history, when more than 4 million customers lost heat. “Texans are dying in their home and we just had an entire legislative session where they didn’t meaningfully address that. It wasn’t a priority.”

He also dismissed Texas Republicans’ attempts to sue the Biden administration as “performative”, adding: “It’s good for a fundraising email and to be able to beat your chest and say, ‘I stood up to the administration’, but I think they’re not going to be successful in a lot of those instances.

Texas has its fair share of Trump cheerleaders. Cruz has swallowed his pride to become a loyal devotee, while his Senate colleague John Cornyn recently questioned whether Biden is “really in charge”. Dan Patrick, the Texas lieutenant governor, offered up to $1m for evidence of voter fraud after Trump’s defeat. Louie Gohmert, a US congressman from Texas, downplayed the 6 January riot at the US Capitol.

And next month Dallas in Texas hosts a spin-off from the Conservative Political Action Conference (CPAC), a staunchly pro-Trump gathering, under the banner “America UnCanceled”.

But the vast state, which like California borders Mexico, faces stiff competition for the crown of Republican government in exile. Florida is Trump’s adopted home and its governor, Ron DeSantis, has gained a higher profile than Abbott as a rightwing populist who might himself run for president.

Bill Whalen, a former media consultant for California politicians including former governor Arnold Schwarzenegger, said: “Governor Jerry Brown got very vocal with Trump, especially on climate change stuff, but Newsom took it to a whole other level when he came into office, I think at one point calling himself the leader of the resistance.

“That was about Gavin Newsom having White House aspirations. I look at Florida now because I see DeSantis doing the same as Newsom, really trying to put himself as the vanguard of his party and the lead voice of opposition. I see Florida being held up by its governor as the anti-Biden, anti-Democratic model.”

But Texas does retain one advantage, at least for now. Whalen, a research fellow at the Hoover Institution at Stanford University in Palo Alto, California, added: “Florida is still a swing state. As much as Democrats would like to talk about Texas being a swing state, it’s not there right now.”