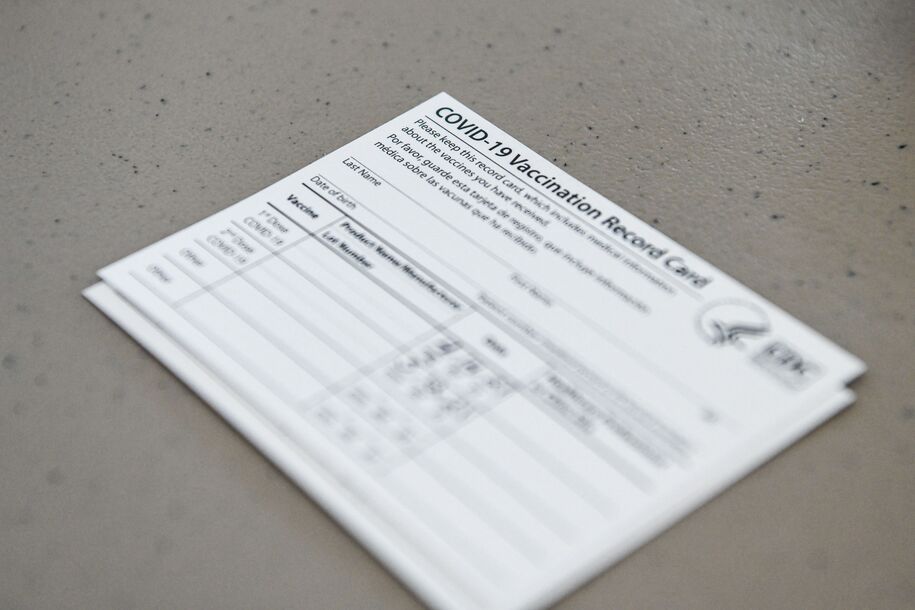 These two thoughtful reads (Jennifer Bard and David Leonhardt) will give you a flavor of CDC’s dilemma and bring nuance to difficult decisions that nonetheless must be made.

As a matter of advice to individuals who have been full vaccinated, the news that they no longer have to wear masks in places where they are at lower risk of infection is reassuring and good to hear. But, as a matter of federal guidance that will be translated into public health law and used as basis for challenging or removing mask mandates, it’s a mess on several levels.

First and foremost, it shifts the responsibility of protecting people still vulnerable to COVID-19 from the state to the very individuals who can cause the most harm. Whether the harm comes from unvaccinated individuals who choose not to wear masks as a matter of principle, or who simply leave the house without one, or from vaccinated individuals who are still able to transmit the virus, the danger is the same. There will always be people who cannot be vaccinated, whether because of a medical condition, or simply because they are too young.

Nor does it make any sense to suggest that those who are worried should wear masks themselves and leave others to do as they wish. First, there will, again, always be people, such as babies, who simply cannot wear a mask.

In other words, if you’re wearing a cloth mask and the other people in the classroom, or movie theater, or plane, aren’t, it pretty quickly makes you almost as vulnerable as if you weren’t wearing anything. But if everyone is wearing a cloth mask, you are all relatively better protected.

It’s not about zero, it’s about normalcy, @DLeonhardt writes: “If you’re vaccinated, Covid joins a long list of small risks that we have long accepted without upending our lives, like riding in a car, taking a swim or exposing ourselves to the common cold.”https://t.co/Ix4Wn1u7pD

Most congressional Democrats have rallied behind a bill, known as the John Lewis Voting Rights Advancement Act, that would restore preclearance in a handful of states, while simultaneously making it easier to impose preclearance on new states and local governments that attempt to disenfranchise racial minorities.

But Manchin suggested on Wednesday that Congress should pass a much bolder attempt to roll back Shelby County. In an interview with ABC News, Manchin proposed making the John Lewis Act apply “to all 50 states and territories.” Thus, all states, not just the handful of states with the worst record on race, would be required to submit any new voting rules to federal review in order to make sure that the new rule will not target voters of color.

The GOP has lost its way. Fellow Americans, join our new alliance.

The Republican Party made a grievous error this week in ousting Rep. Liz Cheney (Wyo.) from the House leadership for telling the truth about Donald Trump’s “big lie,” which has wreaked havoc in our democratic republic by casting doubt over the 2020 election.

Cheney rightfully struck back against party leaders and warned about the GOP’s dangerous direction. She is not alone.

Romney discussing January 6, via @igorbobic: “Well, I was there. And what happened was a violent effort to interfere with and prevent the constitutional order of installing a new president, and as such it was an insurrection against the Constitution.”

Many Unvaccinated Latinos in the U.S. Want the Shot, New Survey Finds

Issues of access and fears of employment and immigration consequences have kept their Covid vaccination rates low, the findings suggest.

Latino adults in the United States have the lowest rates of Covid-19 vaccination, but among the unvaccinated they are the demographic group most willing to receive the Covid shots as soon as possible, a new survey shows.

The findings suggest that their depressed vaccination rate reflects in large measure misinformation about cost and access, as well as concerns about employment and immigration issues, according to the latest edition of the Kaiser Family Foundation Covid-19 Vaccine Monitor.

Considering we’re well into the Late Majority at only 5 months, I’m actually quite encouraged. We often measure medical innovation diffusion on a scale of years (or decades). https://t.co/Aj1SrCYPnt pic.twitter.com/AFz2KUP6fI

As the party ties itself ever tighter to Trumpism, some Republicans worry about the implications for 2022 and far beyond. “I don’t think it’s a healthy moment for the party,” said one congressman.

“The party is going to come back stronger, and I’m going to lead the effort to do it,” Representative Liz Cheney said as she stepped into an elevator and down to her demise.

Less than an hour later, accompanied by the acclaimed photographer David Hume Kennerly, a family friend, Ms. Cheney returned to her office for an interview with NBC’s Savannah Guthrie. A sit-down with Bret Baier of Fox News was to follow.

The message was unmistakable: Her colleagues may have stripped Ms. Cheney of her post as chair of the House Republican Conference, but they have effectively handed her a new platform and a new role as the leader of the small band of anti-Trump Republicans.

It didn’t get a lot of notice but @RepGosar suggested the Jan. 6 arrests are part of a government wide conspiracy to harass Trump supporters in a hearing yesterday https://t.co/MKtzxIwLMr

Cheney’s likely ouster will force the conversation about January 6. [written before the vote]

Later this week House Republicans will almost certainly oust Rep. Liz Cheney from her leadership position in the conference. In doing so, they will cement their commitment to former President Trump’s lies about the 2020 election. This is a good thing.

Had Cheney voted to impeach Trump and then quietly moved along to whitewashing the insurrection (like most other Republicans) then no one may have realized how deeply the Trump brain worms had penetrated the GOP leadership hive mind. She’s giving the party a public MRI.

Yes, the results of this test are awfully ugly, but they may be useful in the end.

GOP leaders would have never admitted how closely they planned to remain tethered to the twice-impeached president who presided over the party’s loss of the House, Senate, and White House. We wouldn’t have known how content they are with Trump’s big election lie. Cheney exposes their complicity. Until she piped up, everyone was on pace to rally under the red elephant flag and chant “Fire Pelosi!” They would have seamlessly moved on from January 6 and started campaigning on Trump’s 2020 election lies for 2022.

But Cheney played spoiler. And yes, this time it’s different.

Partisan primaries motivate legislators to keep in lockstep with a narrow and extreme slice of the electorate rather than govern in the public interest.

In any other election, and in almost any other state, Murkowski’s vote would likely have doomed her chances in a Republican primary. However, in November, Alaska became the latest state to ditch partisan primaries when its voters adopted a sweeping election-reform package on the ballot.

Under the reform, rather than both parties holding separate primary elections, all candidates will instead compete in a single, nonpartisan primary in which all voters can participate and select their preferred candidate. Then the top four finishers will advance to the general election, where voters will have the option to rank them. Whoever earns a majority of votes wins. (If no candidate earns a majority after first choices are counted, the race is decided by an “instant runoff”––whereby the candidate with the fewest votes is eliminated, and voters who ranked that candidate first have their second-place votes counted instead, and so on, until a candidate wins more than 50 percent of the vote.)

With this reform, Alaska became the first state to combine a nonpartisan primary with ranked-choice voting in the general election. Known as “final-four voting,” this system has two major advantages. First, by abolishing party primaries, it eliminates elected leaders’ fear of being “primaried” by a small base of voters within their own party. Second, by abolishing plurality-winner elections and the “spoiler” effect they produce, it levels the playing field for independent and third-party candidates.

Yes, that is 96% of the far-righters who think the election was stolen. We don’t see that kind of number often in public opinion work…

A bankruptcy trial reveals the deep rot within the NRA

The political graveyard is full of men who thought they were irreplaceable. We may soon learn whether that maxim applies to the man who leads the most powerful lobby in America.

For three decades, Wayne LaPierre has cashed in on the culture wars he has stoked as CEO of the National Rifle Association. He has used the organization like a personal checking account. A 12-day trial that just concluded has revealed even deeper rot within the group.

The chief federal bankruptcy judge in Dallas blocked the NRA on Tuesday from declaring Chapter 11 and reincorporating in Texas, ruling that LaPierre’s petition to do so was “not filed in good faith” because his real goal is to evade a civil suit brought by New York Attorney General Letitia James (D).

LaPierre said he fears the dissolution of the NRA and the seizure of assets if the group remains incorporated in New York state, as it has been since 1871.

AOC says of MTG: “I used to work as a bartender. These are the kinds of people that I threw out of bars all the time.”