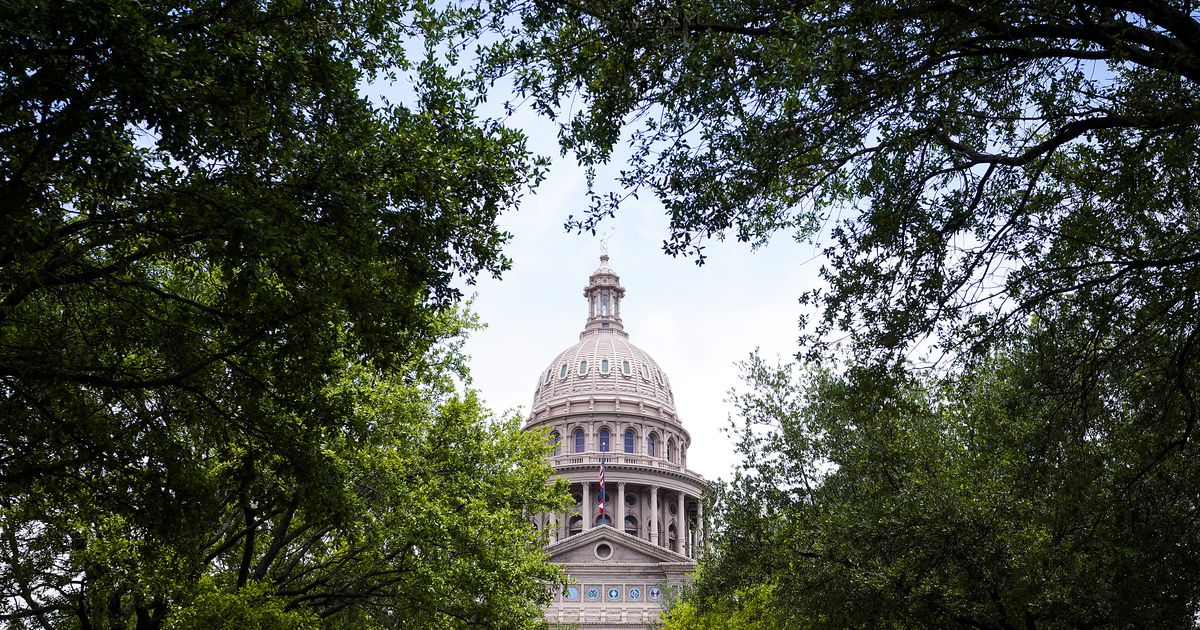 AUSTIN — A tech worker worried after a string of mass shootings and anti-Asian violence. New parents who want to protect themselves in a neighborhood with rising crime. Three young women curious to learn more about firearms before making a purchase.

All were gathered into an Austin classroom on a recent Saturday trying to get their licenses to carry a handgun, a process that may soon become optional if the Republican-led Legislature has its way.

The push to do away with the state’s license requirement and associated safety training comes as Texans are arming themselves at record pace.

The FBI ran more than 2.3 million background checks on potential gun buyers in Texas last year, eclipsing the previous record of 1.7 million set in 2016, data show. This year is already on pace to match the spike in sales during 2020.

Several firearms instructors said their recent classes have been filled with people new to handguns who were driven by fear to seek a license to carry after a year rocked by a pandemic, divisive elections and nationwide protests. Nearly a half-million people sought a license here in 2020, the highest number in the last five years.

“A lot of these people four years ago were probably voting for gun control candidates; now they’ve said ‘I need to get a gun to protect myself,’” said Lon Krieger, a firearms instructor in Central Texas. 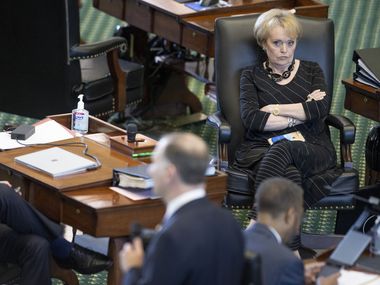 The training class is only one piece of the licensing process; people must also pay a fee, show they can shoot and clear a background check before they can start carrying a handgun in public. But the loss of the training requirement is among the most concerning to critics, who warn that people who’ve never touched a handgun before could start carrying one on the streets and at businesses.

In the training class, instructors go over how to safely store handguns, where people can carry them, when to pull the trigger and how to defuse conflict.

Michael Cargill, who taught the Saturday class at Central Texas Gun Works, is a prominent gun rights activist at the Capitol who has taken the city of Austin to court for refusing to let him carry a handgun inside city hall. Even he is one of several firearms instructors with some misgivings about permitless carry.

“I think everyone should have a right to carry a handgun, absolutely,” said Cargill, who is taking a neutral position on the bill. Without the class, Cargill worries people will know even less about the state’s gun laws.

“I’m afraid they’re going to get themselves in trouble,” he said.

Backers of the measure, including the National Rifle Association, say people shouldn’t have to spend time and money getting permission to carry a gun for personal protection. Some firearms instructors support permitless carry, even though they said it goes against their business interests because they make money teaching the class.

Firearms instructor Mike Cox does not think training should be required for people to exercise their right to bear arms.

“I encourage people to get training. The better they are at it, the safer they are,” said Cox, former legislative director of the Texas State Rifle Association. “I am against mandatory firearms training in order to own, purchase or carry a firearm.”

The bill moving through the Legislature would let people 21 and older carry a handgun outside their homes and vehicles without a license, so long as they aren’t prohibited from having a gun. People could still get the license if they want.

Republican Senators unanimously passed the bill this week with some tweaks, putting Texas on track to become the latest state to lift gun-permitting requirements. House members can accept the changes or negotiate a final version in a conference committee. The bill would then head to Gov. Greg Abbott, who has said he would sign permitless carry.

Since allowing people to carry concealed handguns with a license in 1995, Texas lawmakers have steadily chipped away at the requirements.

At first Texans 21 and older needed 10 to 15 hours of training. Now it’s down to at least four. The fee, once $140, is now $40 and free for some, including active members of the military.

The biggest changes took effect over the last several years, as lawmakers allowed license holders to openly carry their handguns in public and bring them concealed onto many college campuses.

Meanwhile, interest has soared. More than 1.6 million Texans are now licensed to carry handguns in public, up from about 400,000 a decade ago.

Cargill taught 10,000 students in 2020, he said, the most he has ever had in a year. Many have been first-time gun owners. It was no different May 1, when Cargill kicked off class by asking attendees to explain their reasons for attending.

Heath Muhammad, a therapist from Pflugerville, said he had never shot a pistol before coming to class. A year of unrest capped by statewide power outages this winter that nearly pushed Texas’ electric grid to its breaking point convinced Muhammad he needed self-protection, he said.

Over the next four hours, Cargill explained the state’s sometimes complicated gun laws. People can carry rifles in public without a state-issued license, but need one to tote a handgun. Contrary to many posted signs, trespassers cannot be shot. While deadly force cannot be used against theft in the daytime, it can be at night.

Cargill tested the class with grainy surveillance footage that seemed to show a kidnapping, with three people wrestling a woman across a parking lot and into a green minivan.

“Do you draw your weapon?” he asked the class, a holster on his own hip.

Answers varied: Many wanted to take down the license plate and call the police. But some said they would pull out their gun. One woman said she would aim for the captors’ toes. Another suggested shooting out the tires.

Those who didn’t want to reach for their gun were right, Cargill explained. The video actually showed a family retrieving a runaway child. That’s not an aggravated kidnapping, meaning use of deadly force is not allowed.

“This is about personal safety,” Cargill told them, “not being a one-armed security team.”

Much of the class Cargill simply spent telling students to walk away from conflict before it could escalate out of control.

In one video he played for the class, neighbors got in a shouting match over a mattress dumped in an alleyway before one shot the other. The man and his son now face murder charges.

“Shooting is an easy concept,” Cargill told them. “What’s hard is teaching you how not to pull that gun out.”

After the class ended, students drove to the gun range. Beneath a cloudy sky that began spitting rain, eight of them lined up at a time to face off against paper targets stapled to a wood backboard riddled with bullet holes.

Students fired off 50 rounds from three different distances: 3, 7 and 15 yards. To show proficiency, the majority of the shots must hit the target: a silhouette of a torso.

Cargill paced the line, adjusting students’ stances and showing a few how to aim. “Grab the slide, like a slingshot, pull back and let go,” he shouted. Then, when they were ready to begin: “one shot, one shot, ready, fire!”

Everyone passed. Ada Lewis, a Head Start director in Central Texas, teased her son, who is in the military, about who scored higher. The loser owes the winner lunch, she said, as her son rolled his eyes.

The class was her Mother’s Day present. Lewis wanted to know more about carrying a handgun for self-protection after a string of school shootings.

“It’s always good to know the law,” she said. “You just can’t put a gun in anybody’s hands.”