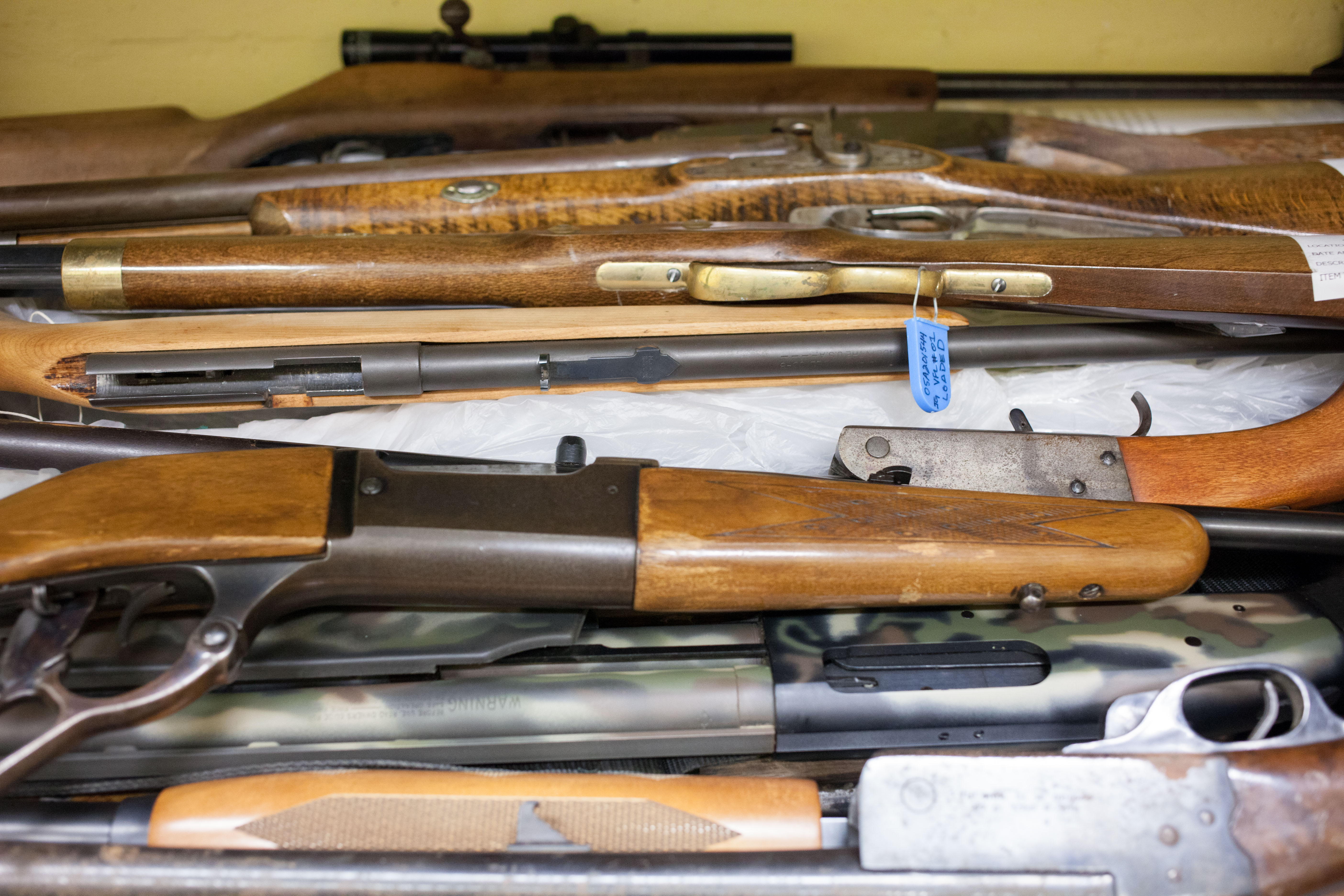 I have spent my 76 years fighting impulses — impulses to jump into quarries, impulses to ride uninspectable motorcycles, and impulses to binge on food — I once weighed 485 pounds. The ensuing years have taught me that keeping fatal attractions at a distance is my best option.

The presence of a gun enables, if not fuels, the impulse to kill — oneself or another. Impulse usually wins. The lack of a gun may mean fisticuffs, but fisticuffs are rarely lethal. Suicidal ideation with no gun at hand means delay and consideration. Suicide’s the eighth-leading cause of death in Vermont, the 10th-leading cause nationally, and guns are used in 59% of Vermont’s suicides.

The 330 million Americans own 393 million guns, about 45% of the world inventory of weapons in the hands of civilians — strong nutrition for the impulse to kill. The deterrent myth for open-carry — that carrying a gun discourages violence — defies all scientific data, and law enforcement agencies claim that the presence of a gun usually gins up violence rather than deterring it.

I was raised with guns. I took the National Rifle Association riflery courses when I was 8, and after I’d earned my first four NRA medals — Marksman, Pro-marksman, Marksman 1st Class, and Sharpshooter Bar I — my parents gave me a Winchester .22 long rifle when I was 10.

We still have hunting weapons in our home today, mostly to kill varmints feeding on our flock of chickens. Our property is the only land in our neighborhood not posted. We’re not hunters ourselves but welcome hunters of all kinds, and one local deer hunter has a deer-stand in our woods.

Humankind has so disturbed the balance of nature and threatened wildlife populations by altering land-use patterns through development that active game management through controlled hunting has become an imperative.

Even as technical advances in military-grade weapons have influenced the manufacture of hunting gear, the majority of hunters we meet don’t carry military weapons; they carry crossbows, black powder guns, or deer rifles. Any hunter committed to the skill and sport of the hunt relies on his or her acumen, not technology, to get their game.

To me a gun is a tool, not a right, and as such, I focus on its utility. My vision, however, is shortsighted.

I see three lenses through which to see the gun issue:

I won’t presume to educate you on the mare’s nest of legal activity generated by those wishing to limit the use of guns in our culture and those who believe that gun ownership is their God-given right, or at least mandated without limit by the Second Amendment to the U.S. Constitution.

To my layman’s knowledge of the law, there are no single “constitutional rights” that don’t have some appended legal limitations such as limiting “free speech” — yelling “fire” in a crowded theater.

Although there is no formal definition of a “mass shooting,” the most commonly accepted definition is an event in which three or more people are shot (killed or injured), not including the shooter. Media reports of mass shootings depict a river of blood, with almost daily reports of the slaughter visited on us by our absolutist beliefs — some 147 mass shootings this year, according to the Gun Violence Archive. Friends abroad view us with confusion, pity and sadness.

Have we become so inured to the weekly tragedies we see in the media that we can’t agree to control sales and ownership of weapons designed for military use? Is our obsession with gun ownership so absolute that we’ve come to accept the carnage?

Where to start? When faced with complexity, I revert to values, principles and objectives to try to  make sense.

Most of us value human life. Thou shalt not kill is a fundamental tenet of most religions, and even support for the death penalty is waning.

And a civilized society strives to find an equitable balance between the rights and responsibilities of the individual and their community’s well-being, as exemplified in Vermont’s own “Freedom & Unity” motto.

A sensible objective would be to compromise and find the middle ground in gun policy that honors a gun’s practical utility in hunting, sport and collectibility and its potential to wreak havoc among our citizens.

Even though there’s no clear definition differentiating military and civilian weapons, I would argue that the weapon’s design purpose is the defining element. A .30-06, .410 and a .600 Nitro Express are hunting rifles. The BCM Arms F-Class rifle is for long-range target shooting. My Sturm Ruger .22 LR pistol is great for target shooting and killing small marauders. But, as a good friend and gun-rights advocate points out, “All guns are lethal and will therefore be used by humans to cause mayhem.”

The infamous Las Vegas shooter’s arsenal included 14 AR-15 rifles, all equipped with bump stocks and 12 of which had 100-round magazines. A “bump stock” modifies a semiautomatic weapon so it can fire in rapid succession, mimicking an automatic weapon. Most agree that the casualties were much higher because he used these fast-repeat weapons.

If so, what value are our police? If someone’s breaking into your home, do you grab a personal defense weapon and confront them, or do you call the police? Vermont law allows use of lethal force for protection within the home, but “only such force as is reasonably necessary to repel the attack or the perceived imminent danger.” Wouldn’t my pistol or .410 shotgun be adequate for such use?

In most armed confrontations, the tendency to impulsive action escalates on both sides, putting both at greater risk of violence. And it should go without saying that killing is not justified to defend property.

I believe that all weapons should be classified as either civilian or military. Civilian weapons purchases (rifles, pistols, black powder, shotguns, etc.) should be subject to a three-day purchase delay so they can be checked against the FBI’s NICS database of those determined to be legally ineligible to own a gun (about 6.5 million), a guarantee of secure home storage to prevent children from finding and using a gun, and, in the case of minors, a hunter-safety course certificate.

Military weapons should simply be illegal to purchase or own.

But the landscape is constantly shifting when it comes to guns. New all-plastic guns that cannot be detected in metal detectors and DIY gun kits will all require further definition and discussion.

Ultimately, people will continue to kill and will use various weapons to do so. One who is intent on killing but is denied a military weapon will find a way to kill. But a gun designed for hunting is an intrinsically different killing tool than a military weapon designed to kill as many of the enemy as possible in the shortest amount of time.

Like most contentious issues, a safe, civilian gun policy will require compromise on all sides. We have done it before and we can do it again.

Another way of looking at gun violence, however, might be to look at how to build a kinder, more decent nation by focusing on minimizing hunger, abuse and homelessness and creating greater access to equal opportunity, education, a just environment, and mental and physical health care.

Missing out on the latest scoop? Sign up here to get a weekly email with all of VTDigger’s reporting on politics. And in case you can’t get enough of the Statehouse, sign up for Final Reading for a rundown on the day’s news in the Legislature.