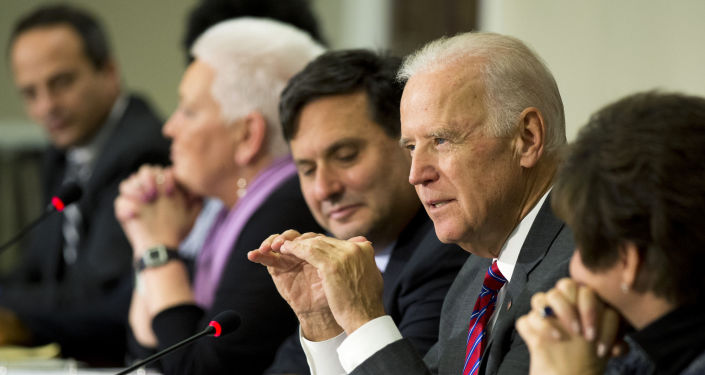 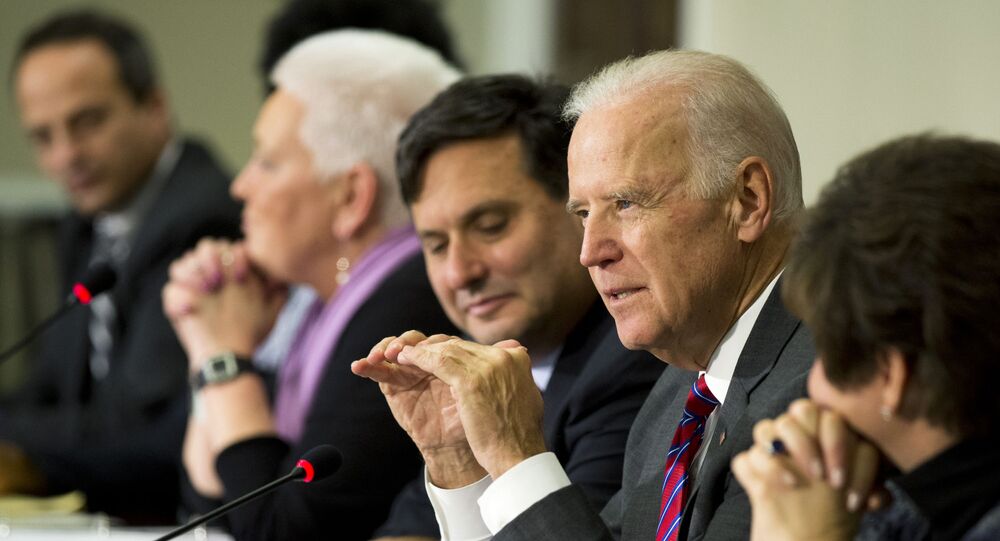 Joe Biden tapped campaign advisor Ron Klain to be his chief of staff late last year, calling him an “invaluable” asset to the Obama administration, particularly its response to Ebola, which Klain led. The Washington insider served as Al Gore’s chief of staff during the Clinton years in the 90s, and in Biden’s presidential campaign back in 1988.

Despite publicly complaining about the potentially poisonous influence of dark money on politics, Biden Chief of Staff Ron Klain and dozens of other members of the administration are heavily linked to dark money organisations with a liberal, pro-Democratic Party bent, Fox News reports, studying financial disclosure documents.

In American politics, ‘dark money’ refers to political spending by groups listed as ‘nonprofit organisations’ that allows their donors to remain undisclosed. Such money has been used extensively in political campaigns, ranging from the local level to state and federal elections, and has also been deployed to tackle various individual issues, from taxes on soda to abortion rights.

Democrats, including Mr. Klain, have spent years attacking conservatives over the influence of pro-GOP dark money organisations such as Crossroads GPS, the National Rifle Association, and the American Bankers’ Association, to name a few. During the 2020 campaign, Biden promised to “increase transparency of election spending” and to put an end to “hiding behind ‘dark money’ groups to spread lies”.

However, according to a recent investigation by the Center for Responsive Politics – a nonpartisan research centre tracking money in politics, Klain has worked as a member of the board of the Centre for American Progress, a self-described policy research and advocacy organisation with a liberal bent led by former Hillary Clinton aide John Podesta. Despite its ‘progressive’ bent, CAP is notorious for not disclosing the names of its donors.

A specially created “sister advocacy organisation” known as the CAP Action Fund provides for direct lobbying, with billionaire banker George Soros prominently supporting the project in the early 2000s. The latter group’s initiatives include “The Moscow Project,” ostensibly aimed at investigating the “Trump-Russia connection” and “Russia’s attacks on American Democracy” based on the unsubstantiated claim that the Kremlin was somehow involved in getting Donald Trump elected in 2016, or controlled him like a puppet during his presidency.

Along with Klain, dozens of other individuals with ties to CAP now serve in the Biden administration, among them Kelly Magsamen, chief of staff for Raytheon lobbyist-turned Pentagon chief Lloyd Austin, Veterans Affairs chief Denis Mcdonough, and others. According to a recent investigation by Business Insider, this list features nearly 60 names.

Other persons tied to Democratic Party-aligned dark money groups, including Media Matters for America –a liberal media watchdog group, have received top posts in the Biden administration, among them Energy Secretary Jennifer Granholm, who received monthly retainer payments of over $200,000 while serving as a ‘senior advisor’ to the MMFA between January 2017 and November 2020. Media Matters recently came to Granholm’s defence after it was reported that she has millions of dollars-worth of investments in a company standing to profit off of Biden’s new $2.3 trillion infrastructure spending plan, which Republicans have opposed, citing its alleged extravagance.

Similarly, before being tapped by Biden to serve as chief of the Environmental Protection Administration, Michael Regan worked as VP of the Environmental Defence Fund, a New York-based nonprofit heavily engaged in lobbying and receiving criticism for its ties with major multinational corporations including McDonald’s, Walmart, FedEx and Texas energy giant TXU.

©
REUTERS / POOL
Former Michigan Governor Jennifer Granholm thanks to the committee after testifying before the Senate Energy and Natural Resources Committee during a hearing to examine her nomination to be Secretary of Energy, on Capitol Hill in Washington, D.C., U.S., January 27, 2021.

White House Press Secretary Jen Psaki, meanwhile, is known to have served as an outside advisor to Demand Justice, project operated by Arabella Advisors, a Washington, DC-based for-profit firm advising liberal donors and non-profits and serving as a hub for liberal dark money. Demand Justice is reported to have spent millions of dollars trying to block Brett Kavanaugh’s appointment to the Supreme Court in 2018.

©
Photo : OpenSecrets.org
OpenSecrets estimate of dark money in the 2020 election cycle.
This article was originally published by Einnews.com. Read the original article here.
You Might Like