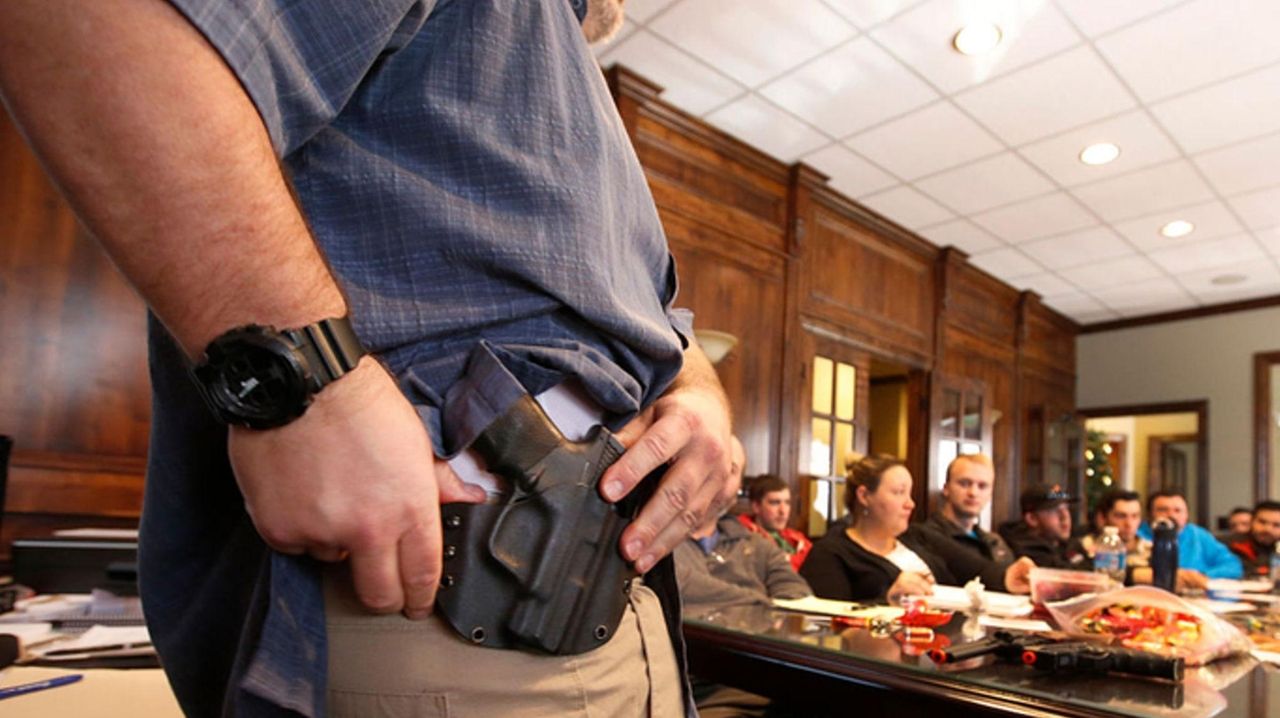 Tough restrictions on the ability of New Yorkers to legally carry guns in public have been embedded in local habit and practice for more than a century. Through periods of high and low crime rates, local elected officials knew they had consensus support when speaking of “getting guns off the streets” and “taking guns out of the hands of criminals.”

Adults throughout the region know about the high bar for permission to carry a registered pistol unless they have worked in law enforcement. Not only does it take many months to get an application approved or denied in Nassau and Suffolk counties and New York City, but every law-abiding resident must show “proper cause” for the license to walk around outside the home with a concealed handgun. That’s why few people are known to do so.

Now a measure of culture shock may be coming. The U.S. Supreme Court announced Monday it will consider a constitutional challenge claiming New York law “makes it virtually impossible for the ordinary law-abiding citizen to obtain a license,” allegedly in violation of the Second Amendment.

The lawsuit was filed by the New York State Rifle & Pistol Association along with two individuals, with support from the NRA.

Nobody can predict the result of the case. But this is the top court’s first review of its kind since its 2008 decision in District of Columbia v. Heller that people have a right to own guns for self-defense at home. Now, with a 6-3 conservative majority, the court may expand gun rights beyond Heller.

Looking ahead, Long Island will have its gun clubs, hobbyists and shooting ranges no matter what. But our general lifestyle currently carries an official assurance that most of the time, the stranger we encounter at the mall, in the street, or coming from the ballgame won’t be packing a Glock 26 without a carefully-issued license.

If the court ends that assurance, residents who didn’t feel the need to tote a concealed piece before might find it logical to get one. More carried weapons could complicate other public-safety debates roaring across the land, from how to stem mass shootings to how police interact with communities.

Just as the Supreme Court released its case agenda, Oklahoma Gov. Kevin Stitt signed a bill into law declaring his home turf a “Second Amendment sanctuary state.” Under its terms, any government-ordered buyback or confiscation of firearms from “law-abiding citizens” would be deemed a constitutional infringement. Buybacks are common in New York.

New York isn’t Oklahoma, of course. And it cannot overrule the Supreme Court. In 2017, Justices Clarence Thomas and Neil Gorsuch wrote that “the treatment of the Second Amendment as a disfavored right” is a “distressing trend.”

Arguments will be part of the Supreme Court’s 2021-22 term and a decision will probably follow months later. Long Islanders meanwhile might wish to contemplate the culture changes the court could impose from on high.

By The Editorial Board