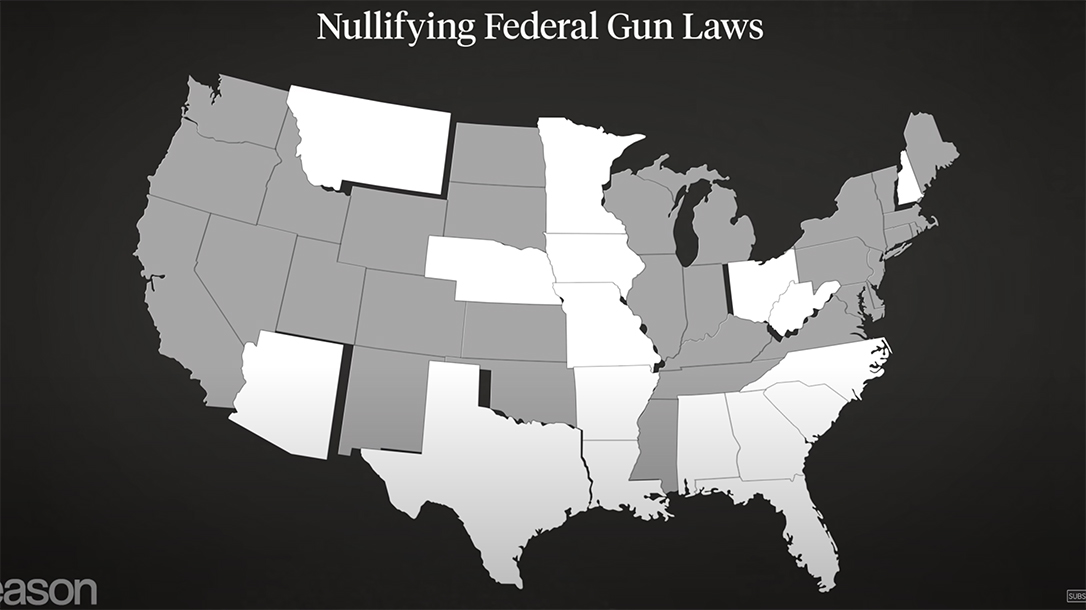 President Joe Bide presides over the most anti-gun White House in the history of America. The Biden administration continues beating the drum for more gun control, calling on Congress to enact new laws. But resistance among lawmakers keeps prompting Biden to threaten executive action. Now more than a dozen states move to pass legislation that allow them to nullify federal gun control laws.

“Nullifying unconstitutional, federal laws is both legal and it’s also the right thing to do,” said Anthony Sabatini, a Republican lawmaker and member of the Florida House of Representatives. “It’s silly to sit around and wait for something you know is unconstitutional,” Sabatini told Reason. “It’s time to stand up and fight back. And the methods that we need to use are the ones already being used by the left.”

Sabatini explains how the nullification tactic comes straight from the Liberal playbook, reported Reason. A prime example comes from Oregon in 1987. The state passed a law prohibiting state and local law enforcement from using public resources to detain or arrest anyone for merely being in the country illegally, reported Reason. So Oregon nullified federal immigration policy. Now other states seem to be using that precedent to shun potential federal gun control legislation.

“We know this stuff has been working and the right can continue to complain about the things that the left is successful at, or they can look at it, learn from it, and replicate it,” Michael Boldin, founder and executive director of the Tenth Amendment Center, told Reason.

“In terms of the method it’s identical,” Sabatini told Reason. In sanctuary cities, “they stopped reporting to or dealing with I.C.E., and that’s basically what we’re doing.”

Nullification tactics come right on time. Democrats currently push gun control legislation in both the House and Senate. The president plans to sign executive orders to ram through what Congress can’t pass. We need a defense for the most well-coordinated, malicious attack in history against the Second Amendment. A play right out of our opponents’ playbook.

Biden and ghost guns
Violence Against Women’s Act: Why it needs to pass in the Senate
Aker Leather Holsters Release Numerous Optics-Ready Models
Restaurants call for more relief funding
Today in History – May 10