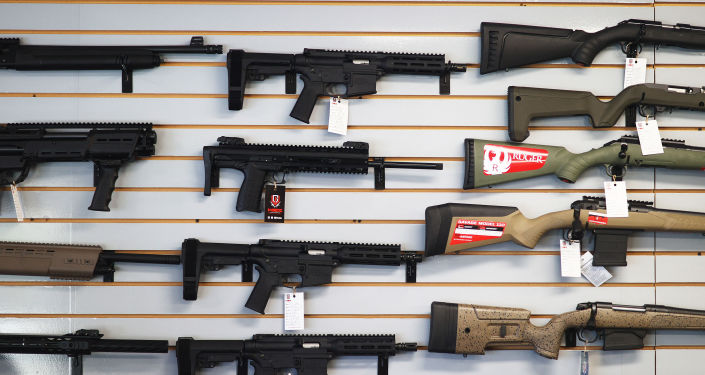 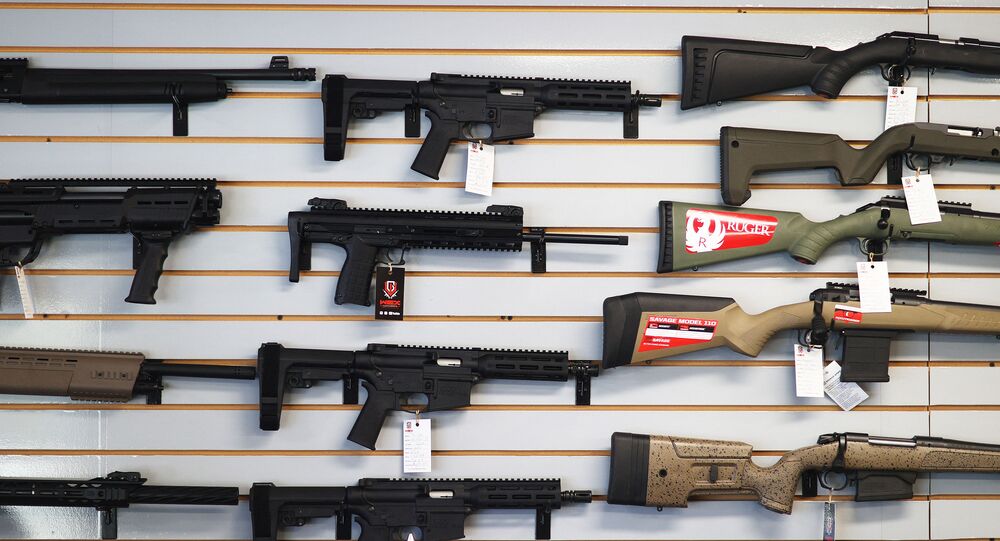 US President Joe Biden has faced increasing pressure to act on gun control after a spate of mass shootings across the United States in recent weeks. His plans have, however, been slammed by pro-gun individuals and groups as “unconstitutional overreach”.

US President Joe Biden has announced a series of executive orders to tackle what he called “the epidemic” of gun violence in the United States, claiming that the proposed actions do not violate the Second Amendment.

In an interview with Sputnik, Allen West, Texas Republican Party chairman and National Rifle Association (NRA) board member, argues that these orders could impinge on the rights of law-abiding citizens.

Sputnik: Do you believe the Biden administration’s proposals infringe the Constitution and civil rights?

Allen West: Absolutely right – The first 10 amendments of the United States Constitution or what we call the Bill of Rights, and so therefore no executive order can undermine or take away those constitutional rights. And I was very concerned when I heard the president of the United States of America, who supposedly took an oath to the Constitution, say that those constitutional rights are not, in his own words, I believe he said permanent or cannot be adjusted to change, something along those lines. So, it’s a big concern for me that he believes that by executive order he can undermine individual rights of the citizens of the United States of America.

​Sputnik: The Second Amendment guarantees the right of the American people to keep and bear arms and was considered an essential part of the US Bill of Rights. How relevant, in your view, is the 2nd Amendment nowadays and why?

And the reason why the Second Amendment is so important is because it protects those very first amendments. Our founding fathers learned on 19 April 1775 when the British landed and they were marching inward toward Concord, Massachusetts, they were doing so to attack and destroy a weapons and armaments factory that was supplying the Patriots, those sons of liberty and what those Patriots did at Lexington Green on that day, they understood that if they were armed, they were citizens.

If they became disarmed, they would be subjects. And that’s why the Second Amendment is and always shall be relevant. It’s part of our rule of law, part of our bill of rights.

Sputnik: In your opinion, what’s the prime cause of gun violence in the US?

Allen West: The prime cause of gun violence is an individual. If you look at what recently happened in Boulder, Colorado, here is an individual that was on an FBI watch list. Here was an individual that was in a city, Boulder, Colorado, that has some of the most restrictive gun control laws in the country. So laws are only obeyed by people that are law-abiding, such as myself. I own firearms. I’m a board member of the National Rifle Association, and none of the firearms that I have could ever just arm themselves and go out and do anything to anybody. So, it is all about the individual.

And we have seen in Europe and recently in England whereby the knife attacks have gone up or you have even seen vehicles being used to run over people in crowded situations.

So, an evil person is going to do evil – it’s not about the tool, it’s about that individual.

Sputnik: How can Biden capitalise on his attempts to tackle gun violence?

Allen West: I think what he needs to do is just make sure that the laws that are on the books are abided by. One of the things we don’t hear a lot about when you say mass shootings, there are mass shootings that happen every single day in the inner cities of the United States of America, Chicago, Detroit. Those are gang violence. We don’t hear about that gang violence. And so I think he should tackle it.

I think he should make sure that the background check system is even stronger. Every time you go to purchase a firearm, you have to pass what is called a form 4473. How is it that a person, the shooter in Boulder, Colorado, was able to get a firearm when he was on an FBI watch list?

How was it that the people that did the shooting some years ago during the Obama administration, Tashjian Malik and Syed Farook, they killed people on a Christmas Day massacre. They were not American citizens. They did it in California, which has some of the most restrictive laws. So, [they] try to punish everyone that is a legal, law-abiding gun owner in America. It is a mental health issue and a criminality issue, a gang issue, and that’s what he should be looking into first and foremost.

Sputnik: What, in your view, might be a solution to this problem in the US?

Allen West: The solution to the problem in America is to make sure we don’t have this rampant gang violence.

And also one of the things that President Biden’s party, the Democrat Party, has been talking about is defunding police. And if you do your research, you will see that every single major urban population centre that is controlled by the Democrats that has talked about defunding the police, you have seen anywhere from a 62 to a 65 percent rise in violent crime.

We see that right here in the state of Texas where I live in the city of Austin, Texas, where the Democrats there who control the city council and the mayor defunded the police by one hundred and fifty million dollars. And you saw an increase of violent crime by the tune of 63 percent.

So, I think that’s one of the first things that should happen. And also, these district attorneys like we have here in Texas and Dallas County, Harris County, and Travis County that were brought into office by George Soros. If they continue to release violent criminals and not prosecute criminals that are enacting this violence on the streets, then you’re going have more of this violence that is on the streets, gun violence.

So, you are not seeing legal, law-abiding citizens committing these acts. You are seeing criminals. You’re seeing people that have an issue with mental illness. And so that’s what President Biden needs to focus on.

Sputnik: It’s not the first time gun control-related measures are being discussed in the US. But even after the Sandy Hook shooting, the Obama administration did not succeed in railroading a bill through the Senate, though Democratic at that time. What are the odds of the restrictions being approved under Biden?

And so he cannot just, with the stroke of a pen, take away the constitutional rights and liberties, especially those in the very first 10 amendments of our Constitution, which are called the Bill of Rights, and part of that is the Second Amendment.

So his executive orders mean nothing.

Sputnik: The mass shootings we hear about in the media represent only a small fraction of the gun violence-related deaths in the US; nevertheless, the US has among the fewest homicides per capita in the Western Hemisphere, with only Canada, Chile, and Cuba faring better. Why is the US perception of gun violence grounded in sensationalism rather than statistics?

Allen West: Because it’s grounded in the sensationalism of the progressive, socialist, leftist media. They want to get a certain narrative out.

They just want to have a narrative that can and punish legal, law-abiding citizens that own firearms here in the United States of America.

And what history has taught us is that the very first thing that any dictatorial, tyrannical government wants to do if they want to control their people is they take away private gun ownership. Most recently, we saw that in Venezuela when Hugo Chavez rose to power.

Sputnik: There are an estimated 400 million privately owned firearms in the United States, with somewhere between one-third and one-half of American households owning at least one gun. Do proposed attempts at disarmament run the risk of causing a popular uprising?

Allen West: Well, if they are going to attempt some form of disarmament it’s not going to be met very well by the American people and I will tell you that recently what you have seen happening in America is the fastest demographic that are becoming gun owners are suburban white females because they’re very concerned about defunding of police.

They’re very concerned about this situation with illegal immigration. Here in Texas, we are the number one state in the United States of America for human and sex trafficking. So, there are a lot of concerns for women and their safety and security because when they hear the message from the Democrat Party that they want to defund the police, they want to get rid of ICE, they continue to release criminals onto our streets, they have to be able to protect themselves. And Joe Biden is not going to prevent Americans from being able to protect themselves.

The views and opinions expressed in the article do not necessarily reflect those of Sputnik.