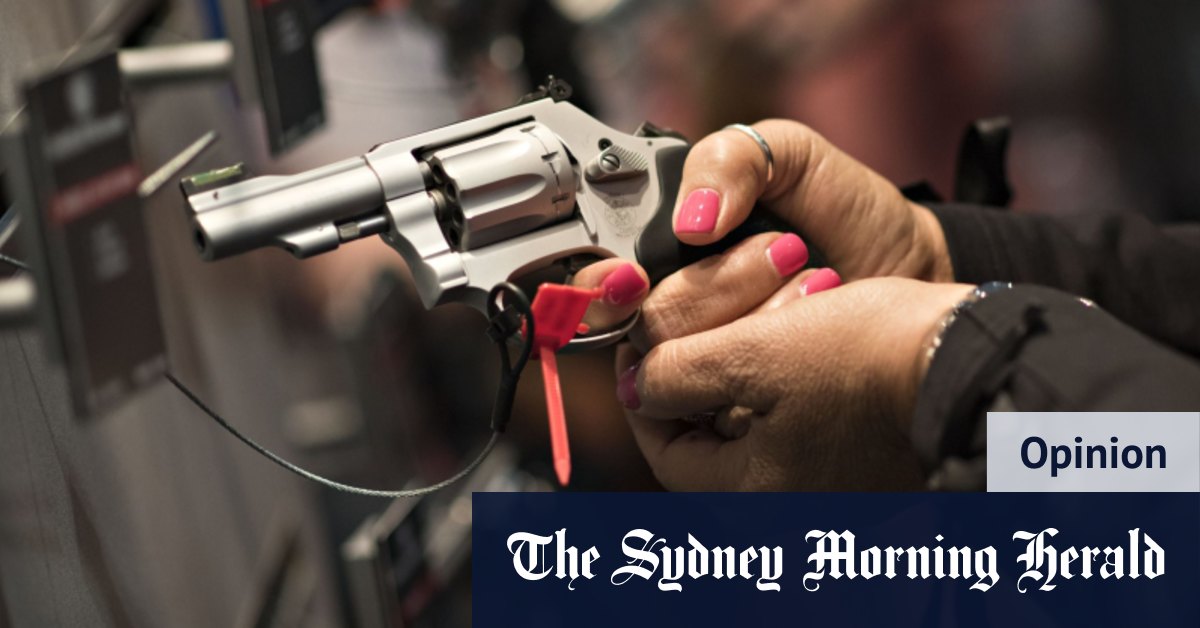 She places her gun in a red leather handbag and gets into her car. The gun, in her bag, sits in the front seat of the vehicle as she drives to work. She then brings the gun, still in the bag, to a meeting with colleagues at the office. She then takes the gun, in her bag, to lunch, where she sits at an outdoor cafe. After that, she goes to the gym — and the gun comes with her. Finally, she goes to a shooting range, where she takes the gun out and fires it at a target. “Nice pistol,” says the man next to her.

That’s the plot of a television commercial for Smith & Wesson.

However, almost everything in the ad would be illegal in at least 35 states if the woman did not have a concealed carry permit, which the ad ignores.

A largely overlooked lawsuit is playing out in New Jersey about the way Smith & Wesson advertises its wares, but the truth is the case is about much more than advertising. The outcome could have profound implications for the gun industry.

In business and policy circles, and within the gun industry itself, the case is seen as the country’s most consequential legal battle over the future of gun control.

At a time when big companies have taken a stand against gun violence — the influential Business Roundtable lobby group has called on US Congress to enact stricter laws — corporate America is watching closely.

The case has the potential to put a spotlight on the inner workings of gun manufacturers similar to the tobacco industry in the 1990s.

Gun manufacturers have long been immune from liability for gun crimes and deaths because of federal laws that protect them. As a result, virtually no one has been able to mount a legal case that would allow for access to records from inside a gun manufacturer, be it internal emails, memos, notes or other material showing what gun industry executives say behind closed doors about the products they make.

But Phil Murphy, the Democratic governor of New Jersey — a longtime gun control advocate — decided to do something novel: In October, his attorney general, Gurbir Grewal, sent a subpoena to Smith & Wesson from the state’s division of consumer affairs as part of an investigation into advertising fraud, seeking a trove of internal documents. No industry has any particular immunity from cases about the claims it makes in advertising.

In truth, the subpoena is a Trojan horse to expose publicly, for the first time, the inner workings of the gun industry.

“The gun industry is afraid of nothing more than the ability of the public to see behind the scenes and to see their internal documents and to have their executives sit down and face the music,” said J. Adam Skaggs, chief counsel for the Giffords Law Center to Prevent Gun Violence.

The case has the potential to put a spotlight on the inner workings of gun manufacturers similar to the tobacco industry in the 1990s.

“Public opinion turned so dramatically against the tobacco companies when it became clear that executives knew the truth about their products and were lying to the public,” Skaggs said. “The gun industry fears the same thing.”

The industry has been trying to avoid a moment like this for years. Just as a court was about to rule in a lawsuit against Remington brought by the families of children killed in the Sandy Hook massacre, the company filed for bankruptcy, delaying the case. The National Rifle Association declared bankruptcy this year in an effort to end an investigation by the New York attorney general.

In December, Smith & Wesson sued the state of New Jersey in federal court seeking to enjoin the state court from enforcing the subpoena.

The company argued that the case wasn’t about advertising. “In reality, it seeks to suppress and punish lawful speech regarding gun ownership in order to advance an anti-Second Amendment agenda that the attorney general publicly committed to pursue,” Smith & Wesson said in its filing.

It suggested that officials in New Jersey sought “to bypass the legislative ‘process’ and engage in abusive litigation, along with investigatory and other tactics, to create sufficient ‘pressure’ to compel Smith & Wesson to ‘voluntarily’ adopt ‘reforms’ consistent with the activists’ gun control agenda.”

In a motion to dismiss the suit last month, Grewal argued that Smith & Wesson “attempts to turn a garden-variety state consumer-fraud investigation into a federal constitutional case.”

The state’s consumer affairs division, “like similar state consumer agencies all across the country,” the filing noted, “regularly initiates investigations and enforcement actions to protect consumers from unlawful business practices involving a range of goods and services.”

Let’s call New Jersey’s reply what it is: disingenuous. The court knows — and clearly Smith & Wesson knows — that the advertising fraud investigation is not “garden-variety” anything.

But the motive of the investigation, for the purposes of the law, is beside the point. The case will rest on whether Smith & Wesson breached state laws that prevent companies from misleading customers.

And that’s where New Jersey’s case is particularly clever.

Specifically, Smith & Wesson claims that its advertising is protected by the Second Amendment and the federal Protection of Lawful Commerce in Arms Act, which was enacted in 2005 to prevent frivolous suits against the gun industry.

But as New Jersey argued, the law excludes “an action in which a manufacturer or seller of a qualified product knowingly violated a state or federal statute applicable to the sale or marketing of the product, and the violation was a proximate cause of the harm for which relief is sought.” In other words, an investigation into gun advertising is fair game.

Whether a subpoena will ultimately turn up emails and notes from gun executives discussing their role in the gun violence that has engulfed the country is anyone’s guess. But if history is a guide, when thousands of internal documents are exposed there is often unflattering material. And when the industry in question has long felt protected by special laws, it’s possible that the material could be particularly revealing.

Whatever the case, we may finally be able to see it.