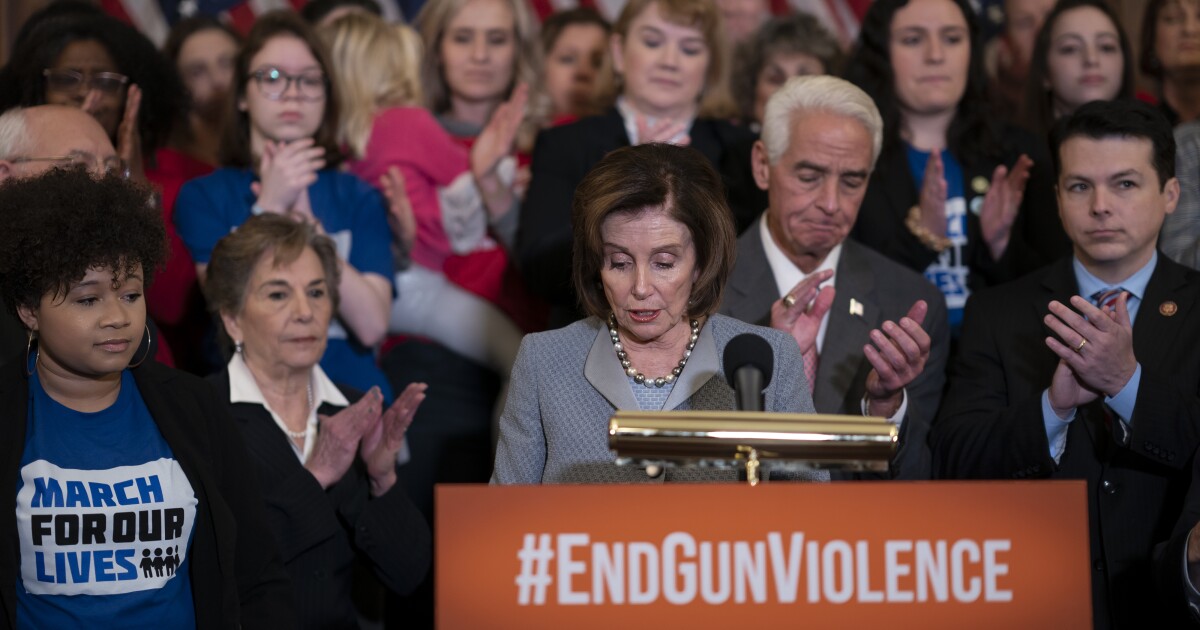 Democrats on Tuesday announced plans to re-up their push for new gun control measures, but they face a recently changed landscape of more people than ever, especially black people and women, buying firearms for protection.

What’s more, the promoters of the package to expand FBI background checks are facing demands from liberals to do far more, including banning the sale of semi-automatic firearms and registering ammunition.

“With Gun Violence Prevention Task Force Chairman Mike Thompson’s reintroduction of H.R. 8, the Bipartisan Background Checks Act, the Democratic House is continuing its urgent action to end the epidemic,” Pelosi said. “Guided by the voices of millions of young people marching for their lives and aided by the leadership of the Biden-Harris administration, the Democratic Congress will continue our work to ensure H.R. 8 and other lifesaving gun violence prevention measures are finally enacted into law. Enough is enough.”

Within minutes of the announcement, groups that support gun restrictions, including Giffords, announced their support, showing the coordination between anti-gun lawmakers and interest groups.

The gun industry said the package may skip the committee process and head directly to the House floor. But once passed, it faces an uncertain future in the Senate, where some Democrats from gun states are expected to reject it.

Both the National Rifle Association and National Shooting Sports Foundation are lining up troops to oppose the legislation.

NSSF has already put out a statement calling for Congress to fix and better fund the FBI background check system instead of putting more burdens on gun sellers and buyers, as the new legislation would.

The legislation fine-tunes and expands background checks and removes a provision giving gun sellers the option to sell a firearm if the FBI lags past three days in approving or denying a sale. That is a rare occurrence, however, because approvals typically take minutes.

“This bill increases the burden on small-business firearm retailer owners and flips the burden of proof on its head,” NSSF Senior Vice President Lawrence Keane said. “This would make it incumbent upon the law-abiding citizen to prove his or her innocence to the government to exercise their Second Amendment right to purchase a firearm instead of the government being responsible for proving an individual is prohibited. This could potentially deny a law-abiding citizen their rights for up to a month while they are saddled with the burden of proving their innocence. That’s un-American.”

The bill comes at a conflicting time in gun history. More people than ever last year purchased a weapon due in part to personal security concerns raised by the coronavirus, violence associated with the Black Lives Matter protests, and the 2020 election.

Sales surged in January when it looked likely that President Biden would make good on his promises to target guns.

Over that period, more minorities joined the ranks of gun owners. There were 8.4 million new owners, creating a new hurdle for gun control advocates.