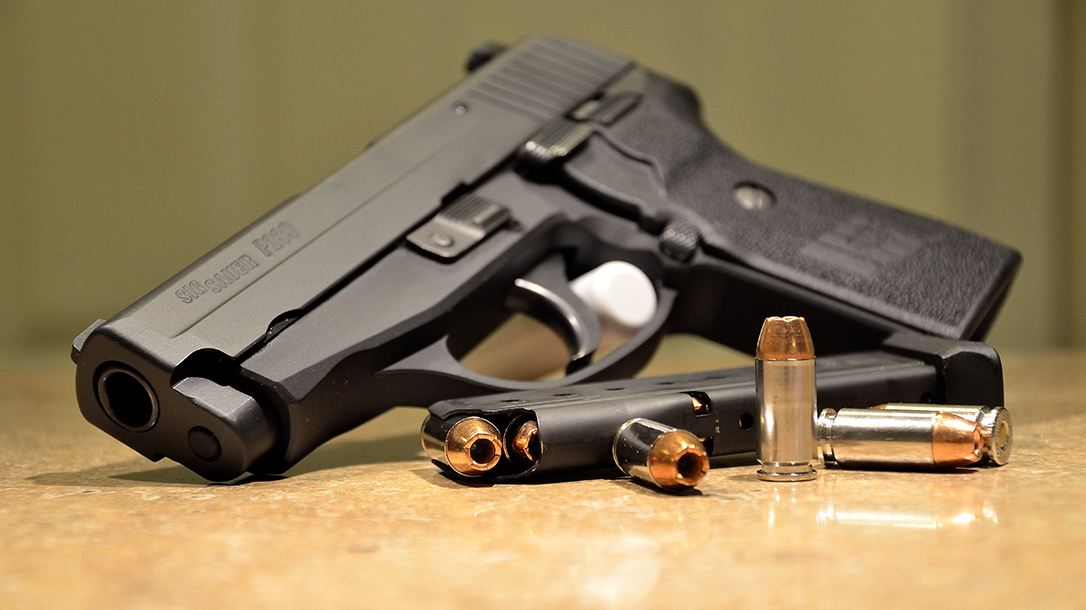 A startling Facebook announcement by the National Rifle Association on Monday sent gun owners buzzing. It warned of the possibility of an anti-gun Congress trying to fast-track legislation without following the normal Congressional channels. We, at Personal Defense World, also received word that Democrats in the U.S. House of Representatives are reportedly attempting to push gun control bills through — possibly without debate, hearing or mark-up — in the House Judiciary Committee.

The post from the NRA, later reposted by NRA’s Institute for Legislative Action, said: “BREAKING: Sources in DC report that Congress will be voting on Biden’s extreme gun control legislation as early as next week. Possible that they will bypass committee process. Stay tuned, NRA members.”

The current legislation in question is Democratic House Whip Rep. Jim Clyburn’s so-called “Charleston Loophole” bill (Enhanced Background Check Act 2021). According to documents sent to Personal Defense World, “The purpose of the Enhanced Background Checks Act of 2021 is to strengthen the background check procedures to be followed before a Federal firearms licensee may transfer a firearm to a person who is not such a licensee.”

An Anti-Gun Congress and How Bills Become Laws

Before we dig into this too deeply, a quick reminder of how a bill becomes a law is in order. To begin, federal legislation can be introduced in either the House of Representatives or the U.S. Senate. Let’s use a House bill as an example.

In the Senate, the legislation goes through the same committee and floor consideration processes. After passage in the same form it was in the House, it goes to the president for his consideration. Any Senate amendments would go back to the House for approval. Then if the House fails to do so, the measure goes to a conference committee. Both houses must agree on the same version of the final bill before it goes to the president.

Bypassing the committee process does a couple of things. Firstly, it greatly speeds up the process. Consequently, it takes away pro-gun advocates’ chance to weigh in on the legislation. Nor would they have time to advise constituents on the bill’s content. Instead, the bill would ramrod through the House or Senate floor without debate. Secondly, it gives gun owners and pro-Second Amendment groups less time to review such legislation and contact their representatives to urge them to oppose it than they would have during the normal process.

In other words, such fast-tracking of a measure is more designed to “sneak it through” than to give everyone concerned adequate time to learn what is in the legislation and make a legitimate decision on whether to support or oppose it. For a Joe Biden administration that claimed it would be the most “transparent” ever, having Congress attempt to fast-track the president’s pet anti-gun legislation seems duplicitous at best.

Regarding the legislation itself, Biden and anti-gunners in Congress already floated several ideas. They threatened so-called “universal” background checks, semi-auto rifle bans and bans on all magazines holding more than 10 rounds. They even threatened to strip away the law that protects gun manufacturers from frivolous lawsuits. So anyone could sue companies into oblivion over criminal misuse of safe, legal products.

But back to the Enhanced Background Checks Act of 2021. Lawrence G. Keane, senior vice president and counsel for the National Shooting Sports Foundation, says if the legislation is like a measure introduced last session to supposedly “strengthen” background checks, his organization will oppose it again.

“This bill increases the burden on small business firearm retailer owners and flips the burden of proof on its head,” Keane said. “This would make it incumbent upon the law-abiding citizen to prove his or her innocence to the government to exercise their Second Amendment right to purchase a firearm instead of the government being responsible for proving an individual is prohibited. This could potentially deny a law-abiding citizen their rights for up to a month, while they are saddled with the burden of proving their innocence. That’s un-American.

“Rather than placing further burdens on retailers and law-abiding gun owners, Congress should focus on adequately resourcing NICS,” Keene said.

In the long run, Biden’s anti-gun schemes still have a long road to travel before they become law. However, with anti-gun forces in the majority in both the House and Senate, and an outspokenly anti-Second Amendment president, the hurdles are lower than ever before.

Nobody needs to panic yet. But, every gun owner interested in protecting the Second Amendment needs to get involved in this battle. There is great power in numbers, so make your voice heard.