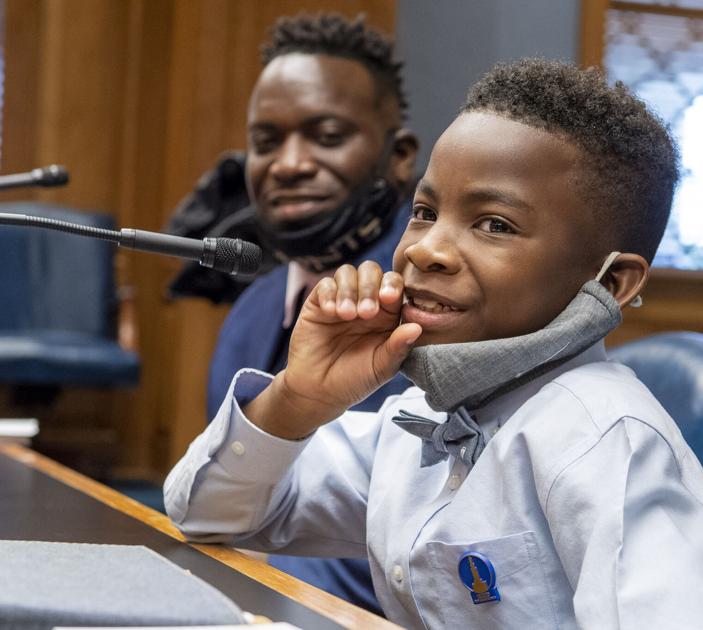 There was a lot of shock and surprise when a Jefferson Parish student was sidelined from school for having a BB gun visible during a virtual class in September. Most who heard about the case could not imagine that the school district, or any school district, would punish an elementary school kid for handling a gun in his bedroom with no danger to other students. School district officials said it was a matter of policy, that virtual schooling extended into homes where students are being educated during the pandemic.

The story got worldwide attention because the penalty did not seem to use common sense. Jefferson Parish school leaders have had multiple opportunities to explain why this makes sense. They have chosen not to do so. It’s time for them to clean up part of the mess and remove the suspension from Ka’Mauri Harrison’s record.

The school district has been adamant that Harrison was wrong and deserved an appropriate penalty. The initial six-day suspension was later reduced to three days of suspension and three days of unexcused absences. Not exactly comforting for Harrison or his parents.

The district has been criticized by Dillard University President Walter Kimbrough, the American Civil Liberties Union and the National Rifle Association, among others. Louisiana Attorney General Jeff Landry added to the criticism, then took action. There are cases filed in state court and federal court. School system attorneys accuse Landry and Solicitor General Elizabeth Murrill of “grandstanding” and using “smear tactics” as a part of advocating for Ka’Mauri and his family. Separately, Landy’s office has been investigating the incident for possible constitutional rights violations.

In yet another lawsuit, Landry alleges state open meeting law violations in connection with a virtual discipline policy the district considered. Ironically, Landry was slapping the district for improperly considering a policy created by the Louisiana state legislature as a result of the Harrison incident. The new law requires all school districts to develop, consider then implement a virtual discipline policy.

Jefferson Parish may have good legal reasons to justify punishing Ka’Mauri, but they have not given a good public reason. No matter what, the legal tussle is likely to continue. The right thing to do, though, is to soften the impact on Harrison by removing the suspension from his record. He’s already served the suspension. It would be helpful not to have a blemish on the young man’s record as he moves to high school and college.

This matter has gone on long enough. It might not be resolved or settled in the courts for some time. Jefferson Parish Schools can clean this tawdry mess by showing young Harrison that sometimes adults can make mistakes and correct them.