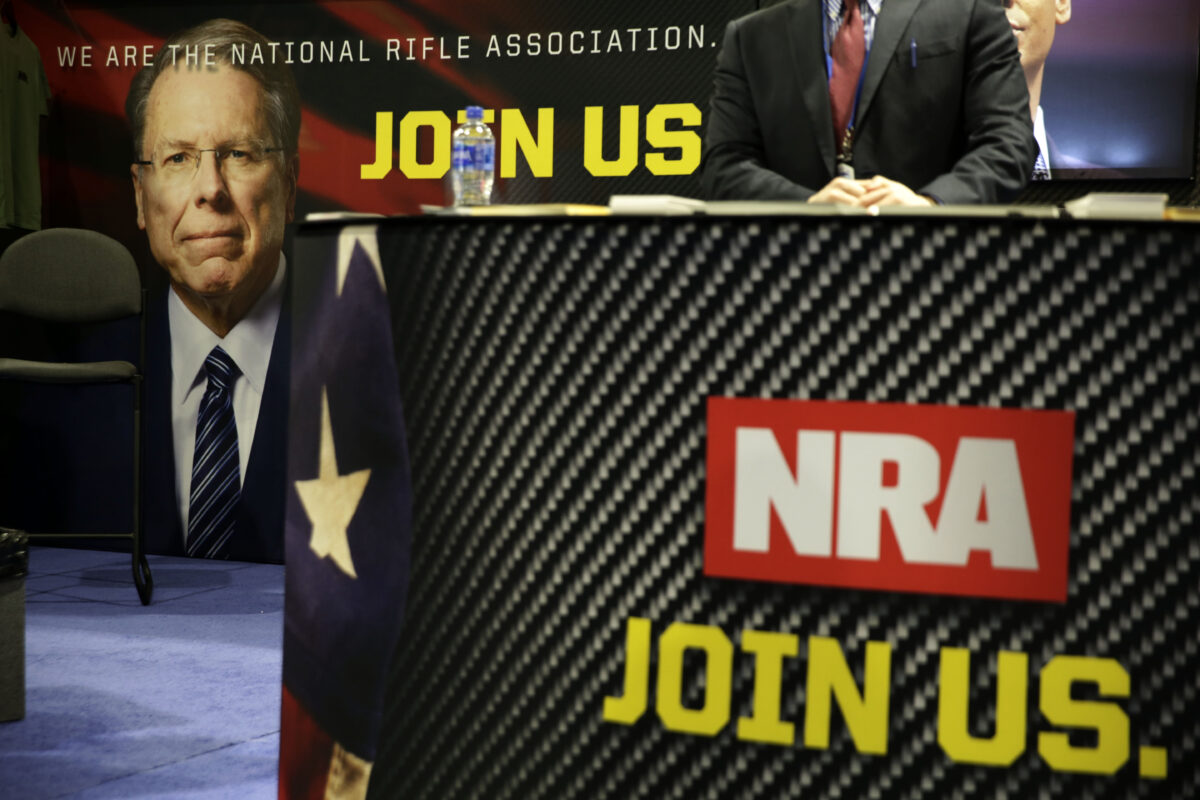 The National Rifle Association (NRA) filed a lawsuit against New York Attorney General Letitia James, alleging that she is trying to dissolve the NRA for “politically motivated reasons.”

James had filed a lawsuit in August against the NRA alleging that the gun-rights group diverted millions of dollars to fund travel and for other allegedly improper purposes.

The NRA filed its suit in the New York state Supreme Court this week and said it “responds to the contrived narrative by the New York Attorney General, and alleges that the case she filed is part of a crusade to silence a powerful political opponent and its commitment to Second Amendment advocacy,” William A. Brewer III, a lawyer for the NRA, said in a statement to the Washington Examiner.

The lawsuit from the group also accused James of pursuing a “blatant and malicious retaliation campaign” against it because she dislikes what it stands for. “James commenced her investigations and this action against the NRA with the sole purpose of seeking to dissolve a political enemy,” the NRA added.

The NRA asserted that New York’s top prosecutor engaged in “selective enforcement” of state not-for-profit laws violated its constitutional rights to free speech and equal protection. Going further, it accused James of going after the NRA to gain political points ahead of the 2020 elections.

The Epoch Times has reached out to James’ office for comment. The attorney general, in response to the NRA’s counter-suit, told The Hill that “while we review this filing, we will not allow the NRA to use this or any other tactic to evade accountability and my office’s oversight.”

Earlier this year, the NRA announced it is filing for Chapter 11 bankruptcy and will move its headquarters from New York state, where it was chartered, to Texas.

In August, James alleged that the NRA allegedly was involved in the “diversion of millions of dollars away from the charitable mission of the organization for personal use by senior leadership, awarding contracts to the financial gain of close associates and family, and appearing to dole out lucrative no-show contracts to former employees in order to buy their silence and continued loyalty.”

At around the same time, James announced she wanted to see the gun lobbying group dissolved.

“The NRA’s influence has been so powerful that the organization went unchecked for decades while top executives funneled millions into their own pockets,” she asserted. “The NRA is fraught with fraud and abuse, which is why, today, we seek to dissolve the NRA, because no organization is above the law.”

Reuters contributed to this report.