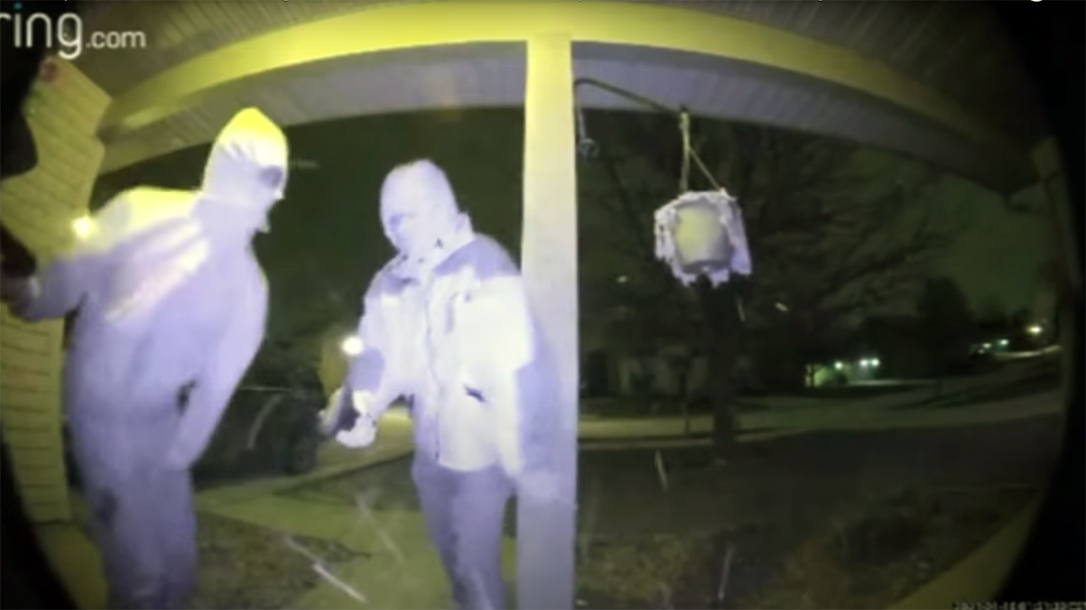 Some criminals are a special breed of stupid. A Ring Doorbell captured a frightening scene in Fort Wayne, Ind., recently. Two armed men violently kick the front door, attempting to gain entry. Then one armed robber shoots himself in the leg, ending the break-in attempt.

Armed Robber Shoots Himself During Break-In

“There was actually a shell on the ground outside of my house from when he shot himself in the leg, so they went ahead and did their crime scene investigation, took pictures of footprints and the shell, whatnot,” Trey Thomas told wpta21.com. “And they checked the neighborhood to make sure they weren’t still around.”

Footage shows two men violently kicking the front door. Both men hold pistols in their hands, but one of them has his pistol in his front pocket. While attempting to kick the door down, footage shows a bright flash near the second man’s pocket. That’s when he likely shot himself in the leg. It isn’t surprising, as the bungling armed robber looks to have his finger right over the trigger. This is one instance where we’re happy the man wasn’t practicing the four rules of firearm safety.

Police said they found a man seeking treatment for a leg would later at a local hospital, reported wpta21.com. Police arrested the wounded suspect, while the other suspect remains at large.

The frightening footage shows how trouble can find you, seemingly out of nowhere. That randomness makes it clear why you should always maintain a solid self-defense plan. Thomas and his father had no idea why those two men attempted to break-in.