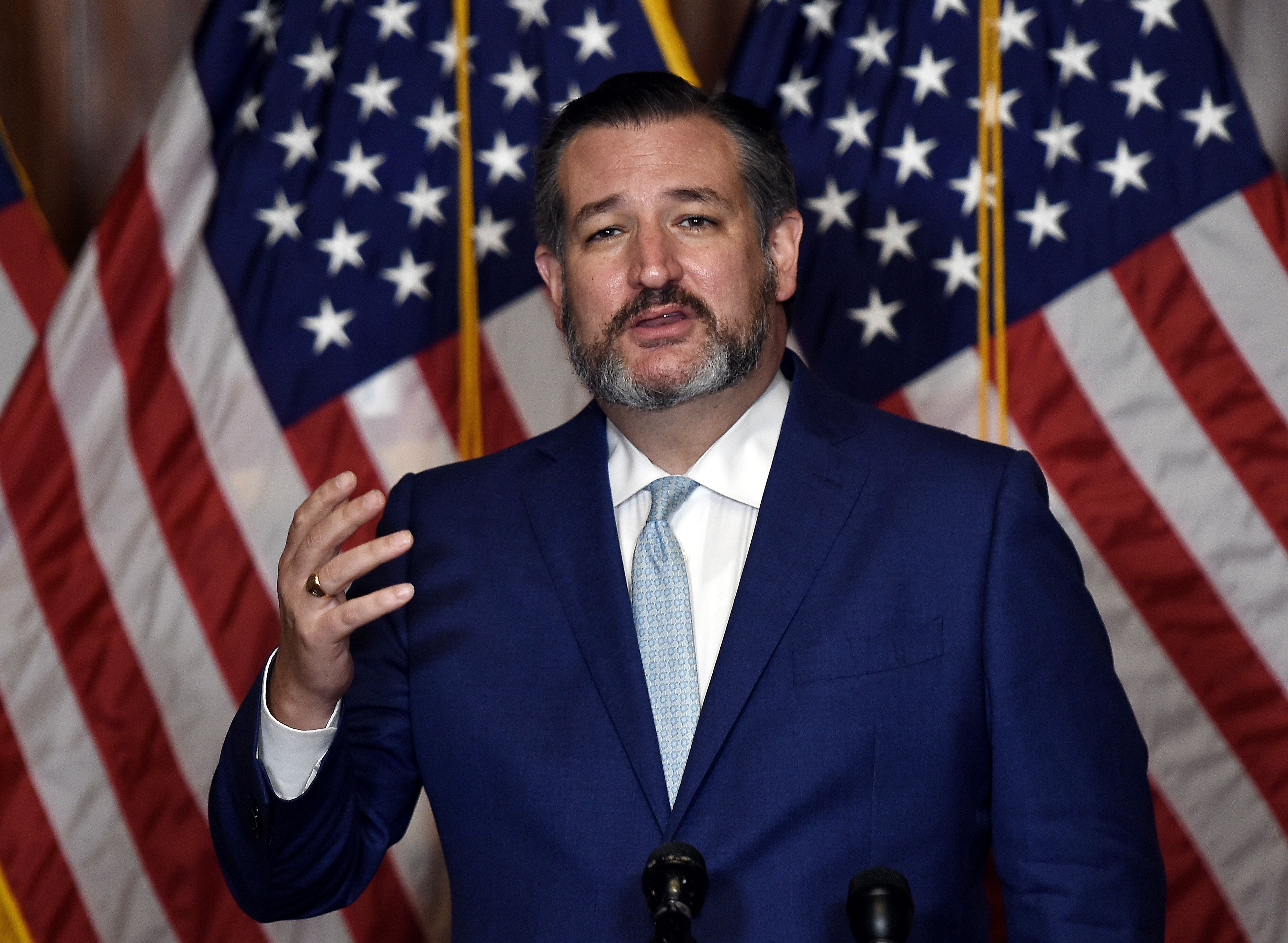 Texas senator Ted Cruz has provoked a storm of criticism after attacking one of Joe Biden’s very first acts as the 46th president of the United States.

Immediately after his inauguration on Capitol Hill and participation in a wreath-laying ceremony at Arlington National Cemetery on Wednesday, Mr Biden set to work behind the Resolute Desk in the Oval Office and issued 17 executive orders undoing some of the most toxic policies of his predecessor Donald Trump, including his withdrawal from the 2016 Paris Agreement to tackle climate change.

Mr Cruz, who had backed Mr Trump’s false claim that November’s election was “stolen” by Democrats and pledged to challenge the certification of results in Congress prior to the eruption of the Capitol riot on 6 January, attended Mr Biden’s swearing-in and enjoyed spotting celebrities before taking him to task over his green agenda.

“By rejoining the Paris Climate Agreement, President Biden indicates he’s more interested in the views of the citizens of Paris than in the jobs of the citizens of Pittsburgh,” the Republican wrote on Twitter. “This agreement will do little to affect the climate and will harm the livelihoods of Americans.”

In defending the economic interests of industrial America and invoking one of its most famous manufacturing hubs, Pennsylvania’s “Steel City”, Mr Cruz appeared to be arguing that the revival of the multilateral environmental pact – signed by Barack Obama in his final year – would only benefit residents of the French capital.

In fact, the accord is a wide-ranging commitment endorsed by 197 countries intended to limit greenhouse gas emissions around the world and hold the global temperature increase at just two per cent above pre-industrial levels, goals broadly believed to be to the advantage of everyone.

Among those rebuking Mr Cruz was CNN anchor Jake Tapper, who derided the senator over his support for Mr Trump’s attempts to overturn the election result in Pennsylvania, a key swing state that turned blue for Mr Biden, a native son born in Scranton.

“After voting to disenfranchise the entire commonwealth of Pennsylvania based on lies and conspiracy theories, Cruz expresses concern for the citizens of Pittsburgh,” he commented.

Environmental activist Greta Thunberg responded to Mr Cruz’s comment with sarcasm, tweeting: “So happy that the USA has finally rejoined the Pittsburgh Agreement. Welcome back!”

It comes after the Swedish teenager also took a jab at Donald Trump’s exit from the White House by throwing his own words back at him and describing him as a “very happy old man looking forward to a bright and wonderful future”.

“Charming, civil, educated response,” Mr Cruz hit back, alleging anti-conservative bias from a member of the West Coast liberal elite. “If you’re a rich, angry Hollywood celebrity, today’s Dems are the party for you. If you’re blue-collar, if you’re a union member, if you work in energy or manufacturing…not so much.  #JobsMatter.”

He added: “If you’re a white supremacist fascist who doesn’t find it offensive when someone calls your wife ugly, Ted Cruz is the exact motherf***er for you.”

There was no response to this last remark, which alluded to a spat between Mr Cruz and Mr Trump when both were rivals seeking the nomination to be the Republican Party’s presidential challenger to Hillary Clinton in 2016.

At the height of their rivalry in March of that year, Mr Trump tweeted an unflattering photograph of the senator’s wife, Heidi Cruz, alongside one of his own spouse, Melania, with the catty caption: “No need to ‘spill the beans.’ The images are worth a thousand words.”

That did not stop him, however, from going on to become one of President Trump’s most loyal apologists in Washington, his recent support for the outgoing commander-in-chief’s “Stop the Steal” campaign thought to come with one eye on Mr Cruz picking up his disenfranchised supporters and commencing a second run for the White House himself in 2024.

The senator was further criticised on Wednesday for his choice of Covid face mask at the inauguration, Mr Cruz sporting one bearing a pro-National Rifle Association slogan after the lobby group announced it would be relocating its headquarters to his state from New York.

“That Ted Cruz would wear a ‘Come And Take It’ mask to President Biden’s inauguration – especially when Biden and Harris are the target of assassination threats – tells you everything you need to know about this pathetic man,” tweeted anti-firearms campaigner Shannon Watts.

“Ted Cruz wants us to believe he’s representing Texas with that mask, but he’s actually dog whistling the Trumpists and gun extremists who had ‘Come and Take It’ flags at the attempted coup at the Capitol.”