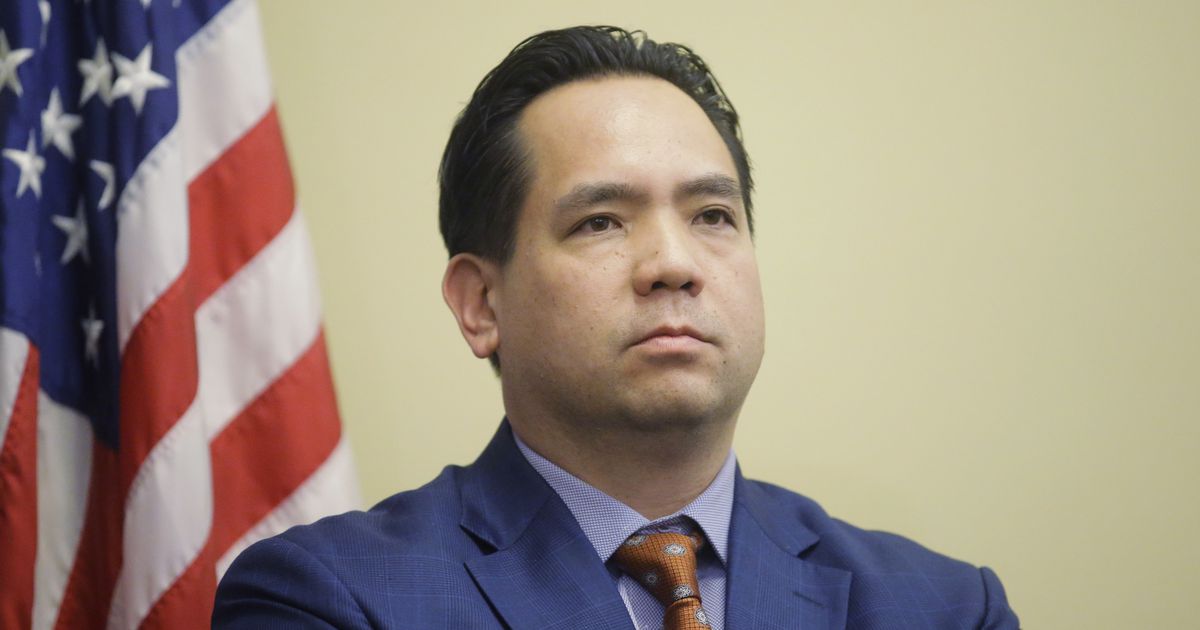 Utah Attorney General Sean Reyes joined with 15 other attorneys general in a lawsuit by the National Rifle Association that seeks to block New York from disbanding the nonprofit organization.

In August, New York Democratic Attorney General Letitia James filed suit against the NRA claiming CEO Wayne LaPierre and other leaders of the organization misappropriated funds from donors to finance a luxurious lifestyles and enrich themselves. The NRA reportedly used donations from members to pay for trips to the Bahamas, private jets and clothing.
The NRA countersued, claiming defamation and violation of its rights to free speech. The suit also claims that James could not treat the NRA fairly since she made prosecuting them a central part of her campaign when she first ran for office in 2018. The suit also objects to her calling the group a “terrorist organization” and a “criminal enterprise.”
On Tuesday, Reyes signed on to an amicus brief, headed by Arkansas Attorney General Leslie Rutledge, challenging New York’s action.

“The New York AG cannot be allowed to wield the power of her Office to discriminate against the NRA simply because she doesn’t like its members’ political views, advocacy, and defense of a fundamental constitutional right,” read the brief.

“The New York AG campaigned for office on a platform of taking down the NRA by any means possible. And both her campaign rhetoric and statements since taking office leave little doubt that she has targeted the NRA because she disagrees with its political speech and zealous defense of the Second Amendment,” the brief continued.

Earlier this month, Reyes signed an amicus brief supporting a lawsuit from the Texas Attorney General Ken Paxton challenging the presidential election results in a handful of key swing states that voted for Democrat Joe Biden in November. Reyes, who won his own reelection handily, later sought to join the suit which aimed to throw out millions of legally-cast ballots, leaving the selection of Electoral College voters in those states to their respective legislatures. Reyes’ support of the effort to overturn the presidential election was criticized by fellow Republicans Gov. Gary Herbert and Gov.-elect Spencer Cox, who called the move an “unwise” use of taxpayer dollars.

The lawsuit was swiftly denied by the U.S. Supreme Court.

Reyes also took leave for a few days in November to help President Donald Trump’s campaign investigate allegations of voter fraud in Nevada. He returned to Utah saying there was evidence of irregularities, but never backed up the claim with proof or any details. Nevada’s attorney general sharply rebuked Reyes’ claim of voting problems in his state, saying the Utah AG should “mind his business.”
This article was originally published by Einnews.com. Read the original article here.
You Might Like

Usha set to become IOA president, heralds in new era in IOA
How to Use a Button Compass: Navigation 101
Bill Whitaker: Beto, Trump not out for the count
DIY Wood Working Tool Improvments
How to Build a Stealth Fire and Jet Boil at the Same Time!