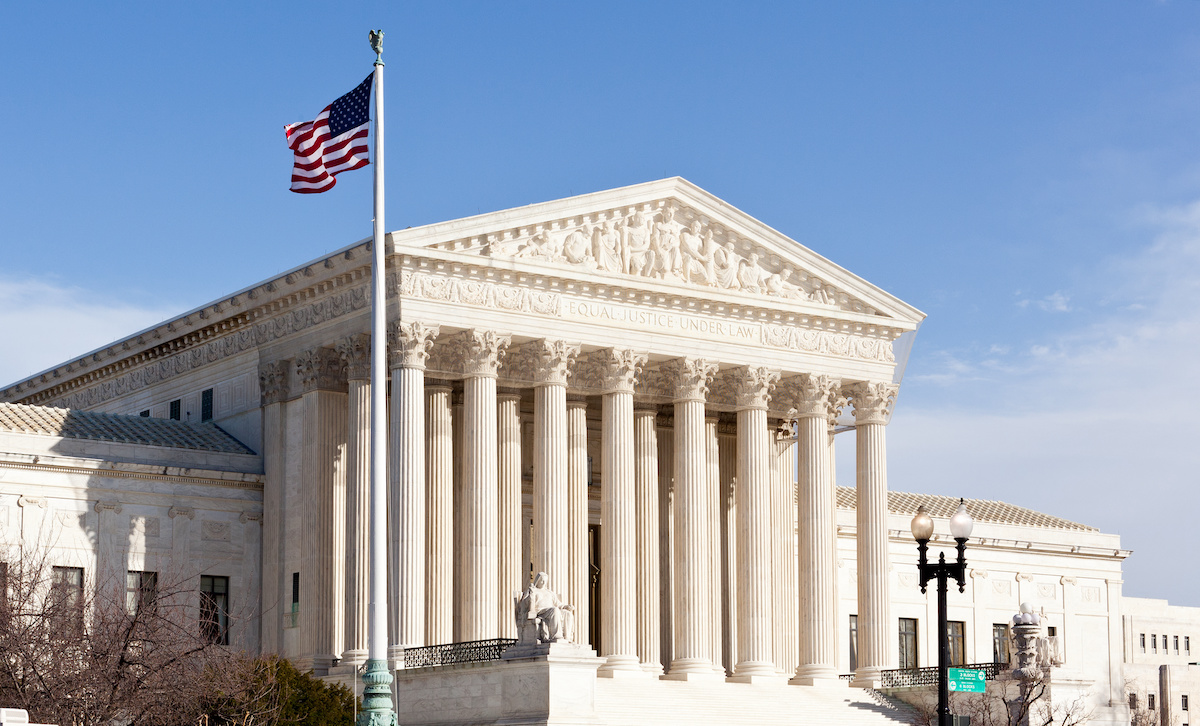 WASHINGTON, D.C. (December 3, 2020) — Today, Firearms Policy Coalition (FPC) and FPC Law announced the filing of a petition for certiorari asking the United States Supreme Court to hear the case Holloway v. Barr. The petition and other recent filings can be viewed at FPCLegal.org.

Mr. Holloway was convicted of a nonviolent misdemeanor nearly two decades ago and has been law-abiding ever since, but he is nevertheless prohibited by federal law from possessing a firearm for the rest of his life. FPC argued in the petition that the Court should hear the case because the lifelong ban violates Holloway’s Second Amendment rights, and to further clarify the field of Second Amendment law.

The appeal is from the Third Circuit Court of Appeals, where over a strong, 37-page dissent by Judge Fisher, the panel majority upheld the ban on Holloway. The majority departed from the Supreme Court’s 2008 Heller opinion by ignoring the text of the Constitution as well as the history and tradition that informs its original public meaning. Instead, the court applied an ahistorical test that allows people to be disarmed if they lack “virtue.” The Third Circuit reversed the decision of the district court, which had ruled in Holloway’s favor.

Join the FPC Grassroots Army & Support This & Other Cases!

“The Supreme Court has made clear that in evaluating Second Amendment challenges, a court must interpret the Amendment’s text in light of the history and tradition of the founding era,” Greenlee said. “At no point throughout American history, until just recently, would someone like Mr. Holloway forfeit his right to keep and bear arms. We’re optimistic that the Court will accept our case, clarify the historical scope of the right, and restore Mr. Holloway’s rights.”

“The notion that a person’s constitutional rights can be forfeited based on the arbitrary present-day label or sentencing range assigned to a non-violent violation of the law is truly disturbing,” explained Jaffe. “One state’s otherwise innocuous decision to lump together a range of driving offenses and allow a judge to sort out the minor offenses (as in this case) from the more serious ones should not be the basis for treating even the minor offenses as a ground for forfeiting constitutional rights. Such casual and arbitrary treatment of Second Amendment rights is inconsistent with the text and history of the Second Amendment and mocks the very notion of protected rights. The Supreme Court should help resolve the confusion among the lower courts and confirm that the historical touchstone for disarmament was dangerousness, not merely some arbitrary and malleable judgment inferring lack of ‘virtue’ from any violation of law with the mere potential for a longer sentence.”

“The argument, posited by the Government, that the inalienable, inviolate, and unassailable right to bear arms can be stripped in perpetuity from an individual as a result of a non-violent misdemeanor, where if committed in 46 other states, would have resulted in no such deprivation, is beyond reproach and neither supported by our Founding Fathers’ recitation of our inalienable right to keep and bear arms in the Second Amendment to our Constitution nor their understanding of it,” said Joshua Prince. “As originally declared by the district court in upholding Mr. Holloway’s Second Amendment as-applied challenge, ‘Section 922(g)(1) is unconstitutional as applied to Holloway. Holloway’s disqualifying conviction was not sufficiently serious to warrant deprivation of his Second Amendment rights, and disarmament of individuals such as Holloway is not sufficiently tailored to further the government’s compelling interest of preventing armed mayhem.’”

“Mr. Holloway is but one example of a non-violent individual who has been barred from exercising his Second Amendment Rights for life through Congress’s expansion of individuals who are deemed to be ‘prohibited persons’,” explained FPC’s Adam Kraut. “However, the total bar on Mr. Holloway, and others like him, only stands when the lower courts ignore the Supreme Court’s edict that Second Amendment challenges are to be evaluated through the Amendment’s text as informed by history and tradition. When looked at through that lens, there is no basis for prohibiting someone like Mr. Holloway from possessing firearms.”

“Mr. Holloway’s petition is an ideal vehicle for the Supreme Court to correct circuit splits and wayward lower courts,” said FPC President Brandon Combs. “Our nation’s history and tradition support our petition’s argument that Mr. Holloway, and others like him, cannot constitutionally be disarmed for life. Moreover, the federal government’s 1968 Gun Control Act is not and could not be ‘longstanding’ law under the Court’s Heller decision. And Justice Barrett was absolutely right when she wrote that Heller forecloses the ‘civic right’ argument ‘on which a virtue limitation depends,’ which is precisely what the Third Circuit did here, as pointed out by Judge Fisher below. Many lower courts have treated Second Amendment rights as second-class rights, and the Court should take this opportunity to course correct jurisprudence on the right to keep and bear arms.”

Attorney Erik S. Jaffe (www.schaerr-jaffe.com) is a 1990 graduate of the Columbia University School of Law and was a law clerk to Judge Douglas H. Ginsburg of the United States Court of Appeals for the District of Columbia Circuit from 1990 to 1991. Following that clerkship he spent five years in litigation practice with the Washington, D.C. law firm of Williams & Connolly. In the summer of 1996 he left Williams & Connolly to clerk for Supreme Court Justice Clarence Thomas. At the end of that clerkship he started his own practice, and was a sole practitioner from 1997 through 2018.  At the end of 2019 he teamed up with veteran Supreme Court litigator Gene Schaerr and others to form Schaerr|Jaffe LLP, a Washington, D.C. based boutique law firm specializing in high-profile trial and appellate litigation. Mr. Jaffe has been involved in over 100 Supreme Court matters, including filing over 30 cert. petitions, representing half-a-dozen parties on the merits, and filing over 60 amicus briefs at both the certiorari and merits stages.

Firearms Policy Coalition is a 501(c)4 nonprofit organization. FPC’s mission is to protect and defend constitutional rights—especially the right to keep and bear arms—advance individual liberty, and restore freedom through litigation and legal action, legislative and regulatory action, education, outreach, grassroots activism, and other programs. FPC Law is the nation’s largest public interest legal team focused on Second Amendment and adjacent fundamental rights including freedom of speech and due process, conducting litigation, research, scholarly publications, and amicus briefing, among other efforts.

The Holloway case is another important lawsuit that is part of FPC’s comprehensive strategy to defend freedom, advance individual liberty, and restore the Constitution and its guarantees for individuals throughout the United States. Individuals who wish to support the lawsuit can do so at JoinFPC.org and www.firearmspolicy.org/holloway.

If you would like to support FPC’s Call case and many other pro-Second Amendment lawsuits, legal action, and research, please chip in $5, $10, $25, or whatever you can at https://www.firearmspolicy.org/donate or Join the FPC Grassroots Army at JoinFPC.org.