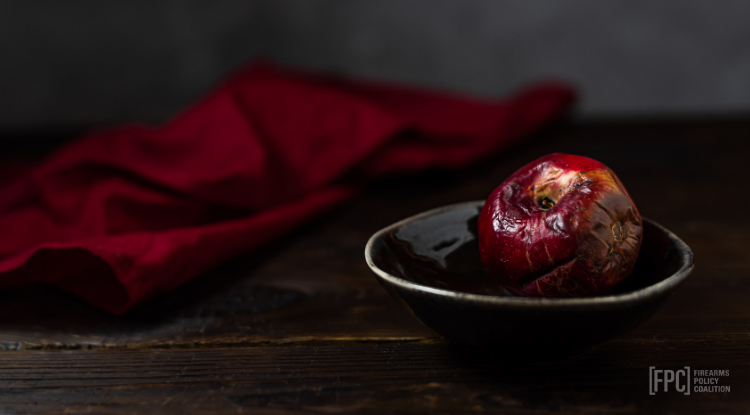 In August, the Santa Clara District Attorney charged a Sheriff’s captain, gun parts manufacturer, multiple attorneys, as well as managers and the CEO of a security firm in an increasingly growing scandal involving the offering and accepting of bribes in exchange for concealed carry permits, which are nearly impossible to otherwise obtain in the county.

The scandal grew larger today with news that a local businessman, Apple’s Chief Security Officer, and County Undersheriff Rick Sung were also indicted for bribes involving luxury suite tickets to a San Jose Sharks game and a donation of 200 iPads to the Santa Clara Sheriff’s Office in exchange for concealed carry permits.

Thomas Moyer, 50, Apple’s chief security officer, was indicted last week by a criminal grand jury on allegations that he, Undersheriff Rick Sung and Capt. James Jensen arranged for 200 iPads to be donated to the sheriff’s office to loosen up the release of concealed-carry weapons permits for Apple security officers. The sheriff’s office is the police force for Cupertino, where Apple’s global headquarters are located.

“Call this quid pro quo, call it pay to play, call it give to get,” District Attorney Jeff Rosen said. “It is illegal, and deeply erodes public confidence in the criminal justice system. When high-ranking members of a law-enforcement agency are at the heart of a bribery scheme, it tarnishes the badge, the honor, and the reputations, and tragically the effectiveness of all law-enforcement agencies.”

FPC issued the following statement regarding the scandal:

“The Second Amendment protects the right of all law-abiding people to keep and carry arms for self-defense, not just politically connected people and Apple executives’ security guards. The fundamental right to carry loaded, operable handguns in public is not just for individuals who can afford favors or gifts for law enforcement issuing permits, but for everyone,” said Jenn Jacques, FPC Communications Director.

“California’s ‘may-issue’ permitting scheme invites these sorts of abuses because sheriffs and police chiefs can use them as perks for their friends and incentives for their donors. All law-abiding individuals must be allowed to carry loaded, operable firearms in public. California’s laws banning open and concealed carry, and the policies of many local licensing authorities preventing their residents from acquiring a license, infringe upon the Second and Fourteenth Amendments. FPC will continue working to restore the full scope of the right to keep and bear arms in California and throughout the nation,” Jacques concluded.

In the past few weeks, FPC has filed multiple lawsuits against jurisdictions with may-issue laws and policies that give governments wide discretion in approving carry permit applications, including New Jersey, New York City, and Maryland.