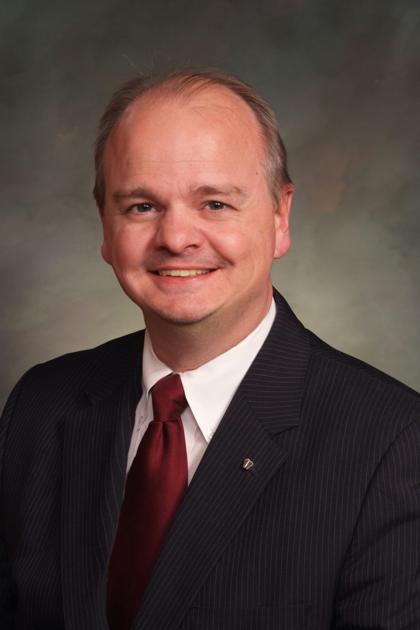 No. It would appear that Doug Lamborn has assumed that his constituents would always vote for him, despite his refusal to debate his competition on issues, and despite his voting record. His lack of transparency in public debate is the first reason he should not be reelected, but more importantly his voting record, especially under President Donald Trump, shows a distinct lack of concern for the nation and his District 5 constituents’ environment and welfare. He has failed to provide voters with positions on key issues covered by the 2020 Political Courage Test, a collaborative effort between Vote Smart and over 200 political scientists, journalists, and leaders across the political spectrum, despite repeated requests. He votes 96.4 percent (116th Congress) in line with Trump. That should be a voter concern considering the president’s behavior, especially regarding the COVID-19 pandemic that has been so poorly handled and has resulted on over 210,000 deaths nationwide.

Regarding our land and parks he voted NO on the Great American outdoors Act; voted NO on protecting Americas Wilderness Act; voted NO on permanently banning new uranium mines near the Grand Canyon; voted NO on preserving nearly 400,000 acres of land in Colorado; voted NO on banning drilling in the Gulf of Mexico and off the Atlantic and Pacific coasts; and voted NO on requiring the EPA to issue regulations regarding certain chemicals. He voted Yes to delay implementation of ozone standards. He is not a good steward of our environment. He has sold out our public lands and our environment at every opportunity.

Regarding the COVID-19 pandemic, he voted NO on the three trillion-dollar package in response to the pandemic proposed in May in direct conflict with his YES vote in March to provide assistance to people affected by the coronavirus. Result: an ever-expanding pandemic that will result in more infections and more deaths.

Regarding those with medical needs, he voted NO on allowing the federal government to negotiate lower prescription drug prices; and Lamborn voted YES on a budget resolution to repeal the Affordable Care Act with nothing proposed to replace it. He did not vote, either yes or no, to legislation condemning the performing of unwanted and unnecessary medical procedures on people without their full informed consent.

Lamborn wants to repeal the Affordable Care act, with nothing to replace it during a pandemic where over half a million Coloradans have benefited from the ACA.

He voted NO to condemn the president’s comments about four congresswomen as racist, and he voted NO in January on protecting older workers against discrimination. Lamborn wants to privatize Social Security, undermining the middle class and elderly Coloradans whose only source of income is Social Security.

Regarding violent militia groups, he did not vote to condemn QAnon and reject the conspiracy theories it promotes. In the midst of an epidemic of gun violence that continues to this day, he voted NO to giving law enforcement agencies more time to conduct background checks for gun sales. The obvious result is people with assault weapons committing crimes and intimidating citizens.

Regarding our elections and in support of Trump, he voted NO to oppose requiring campaigns to report offers of assistance from foreign governments. Result: foreign interference. Lamborn voted NO on legislation providing additional needed money to the U.S Postal Service and prohibiting the agency from making certain changes. Finally, he voted NO on updating ethics rules regarding requiring presidential candidates to disclose tax returns.

We don’t need a puppet who cannot think for himself in CD5. We need a representative who will take on the needs and fight for the people of CD5.

Rep. Doug Lamborn (R-CO5) should be reelected for two reasons.

First, Lamborn is by far the most qualified professionally and personally, shares the conservative political views of his district, and will bring the most benefit to the Colorado Springs area and mountain counties he represents. Winner of seven straight elections, Lamborn at age 66 is now the fourth highest-ranking Republican on the 57-member House Armed Services Committee and could eventually become chair as the most powerful pro-military leader in D.C. You don’t throw away that clout by supporting his opponent, when Doug brings home the ‘bacon’ and lucrative military expenditures for our district’s five growing military installations.

And Doug finally did something no local Republican has done in years; he unified the Republican party in El Paso County. After years of intraparty squabbles, this is the first year Lamborn ran unopposed for the nomination, proving even his critics concede he’s unbeatable. Lamborn is endorsed by groups who share your values including National Right to Life, National Rifle Association and U.S. Chamber of Commerce.

We’re privileged to have him as our congressman.

Second, the opposition party is unhinged in their angry lust for power, fueling defending or financing violent rioters, looters, arsonists, illegals, abortionists by defunding police and taxing you to harm your own peace and safety.

Whatever your views of Trump, let’s imagine the coming destruction if Democrats sweep the House, Senate, and presidential elections. With an extreme DNC platform written by avowed Marxists like Bernie Sanders, A.O.C.-Tlaib-Omar now rubber-stamped by Joe Biden (and John Hickenlooper), Democrats plan a tremendous not-so-secret power-grab, including:

1) Statehood for D.C. and Puerto Rico to add four new, leftist U.S. senators for a Democrat Senate supermajority that deletes filibuster rules to ram through all Pelosi-authored extremes that Biden won’t veto.

2) Pelosi’s plan to gerrymander all U.S. House district maps after the 2020 census to permanently flip 30 more congressional seats from red to blue for a 10-year or permanent Democrat House supermajority.

3) Packing the U.S. Supreme Court by adding four extra seats, increasing from 9 to 13 Justices to steal a 7-6 leftist majority, to legislate from the bench and permanently damage your First and Second Amendment rights.

5) Transgenderizing the U.S. military, all local schools and businesses to enforce co-ed showers, restrooms or sleeping quarters, then punishing Christian troops, students or business owners who object or resist.

This real future begins with the first congressional vote Lamborn’s opponent will cast if elected, the vote to retain Pelosi as speaker. Biden would be a weak president, soon replaced by Kamala Harris or worse, hijacked by Pelosi’s unchecked power, unless Lamborn and good Republicans like Cory Gardner are reelected now. How many friends can you bring on election day?

From IT to ED, why is Raninder Singh facing forex cases?
DIY Bushcraft Hobo Reel, Catch More Fish!
DeFazio faces tough challenge in changing Oregon district
Best Affordable .308 Rifle Options For The Hunt
Trump is the Greatest President in the Modern Era when it Comes to Shaping the Judiciary