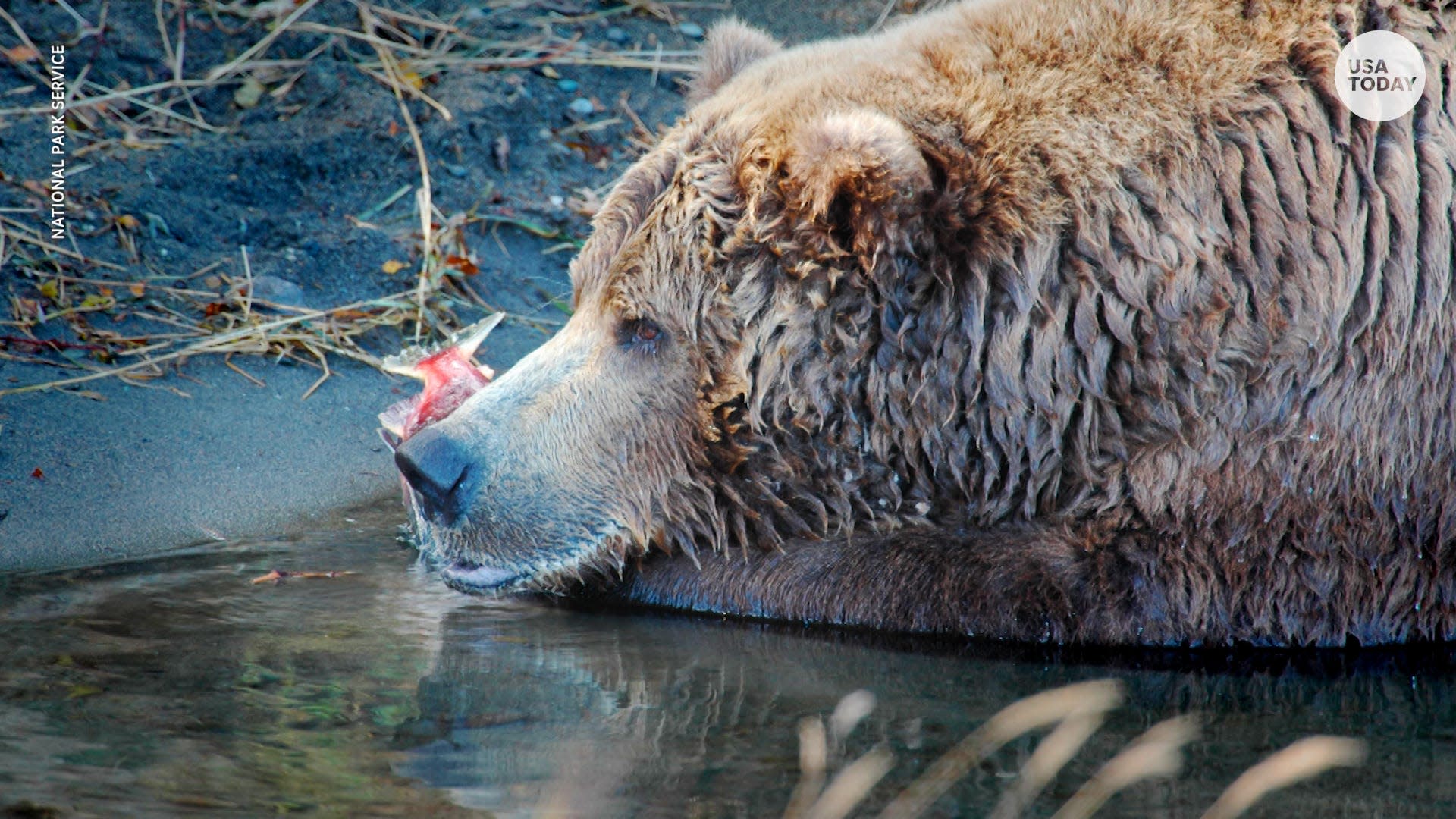 Welcome to Climate Point, your weekly guide to climate, energy and environment news from around the Golden State and the country. In Palm Springs, Calif., I’m Mark Olalde.

How bad have President Donald Trump and the GOP been for the environment? MIT Technology Review reports that a new study found recent environmental rollbacks “could pump the equivalent of 1.8 billion additional metric tons of carbon dioxide into the atmosphere by 2035.” That’s more than Russia’s total fossil fuel emissions in a given year. And, these rollbacks won’t just lead to an uptick in greenhouse gases, they’ll also strip protections from endangered species, national monuments and ephemeral waterways.

I’m about to take you through some more heavy environment news, but before I do that, there’s something even heavier I need to note — bears…big bears…oh so very fat, chonky bears.

Every year, the staff of Katmai National Park and Preserve in Alaska host #FatBearWeek, a super important competition to vote on which bears have gotten the most majestically large. The voting begins on Sept. 30, and we’re all waiting with bated breath to see if any bear can outdo last year’s winner: 435 Holly.

Here’s some other important reporting….

Red goes green, allegedly. Is China set to become more environmentally friendly than the U.S.? The AP reports that President Xi Jinping told the U.N. General Assembly that the world’s largest emitter of carbon dioxide (the most common greenhouse gas), will go carbon-neutral by 2060. China has a poor environmental record, but it’s an important commitment that will mean a ton if it sticks.

California refuses to idle. Even if the federal government is standing by as climate change marches on, California’s administration isn’t — although environmentalists would like it to move a whole lot faster. Gov. Gavin Newsom announced that he is asking state agencies to write up rules to ban the sale of new internal combustion engine passenger vehicles in the state by 2035, an audacious goal. I’ve got the story for the USA Today Network. What does that mean for your car ownership if you live in California, and is this even legal? I’ve also got that story. Where greens are furious, though, is that Newsom took a swing at one issue but largely ignored the state’s oil industry. For The Desert Sun and ProPublica, Janet Wilson reports that the governor said he’ll get rid of fracking in the state by 2024 and clean up spills, but his order doesn’t have much teeth.

More pork from the feds. Joe Wertz of the Center for Public Integrity is out with a new investigation digging into the massive animal farms — called concentrated animal feeding operations, or CAFOs — that feed our modern populations. With so many animals living and excreting in close quarters, they’re a nasty source of air pollution and smells. But the U.S. Environmental Protection Agency’s regulatory efforts have been haphazard at best or purposefully lax at worst, depending on whom you ask.

The notorious. The American judicial system lost one of its most iconic liberal voices this week when U.S. Supreme Court Justice Ruth Bader Ginsburg died at 87. E&E writes that her death leaves “a chasm on the bench where once sat an environmental champion.” While it had been getting harder and harder for people affected by environmental harm to sue, she welcomed cases. “There’s no environmental voice on the right court now,” said Jonathan Adler, director of the environmental law center at Case Western Reserve University.

Politics beat rock. The U.S. Geological Survey is supposed to be an apolitical slice of the government, a place where scientists go to be “policy neutral but policy relevant.” But, under an administration that has gone to great lengths to politicize science, will its integrity survive? Wired is out with a new deep dive into the culture of the agency, its hard-to-read Trump appointee and a trend of climate change “model-bashing.”

Remember when Facebook was cool? Facebook recently unveiled a new effort to counter false information about climate change shared on its platform. The results were less than impressive to many observers. Gizmodo ripped into the late and lackluster plan, which was centered on a page with climate change facts called the “Climate Science Information Center.” “What Facebook is doing is akin to the National Rifle Association’s argument that the only way to stop a bad guy with a gun is a good guy with a gun,” the publication says. Facebook recently suspended accounts of several environmental groups, ostensibly mistaking them in crackdowns on misinformation and intellectual property rights violations, The Guardian reports.

Treeing to set a precedent. Joshua trees are as iconic as they are, well, weird-looking. They’re a symbol of the Mojave Desert, but they’re also threatened by a changing climate. Rising temperatures are shrinking their range and pushing it farther north and into higher elevations. In a potentially precedent-setting decision, a California commission advanced them through an important step in the endangered species listing process, the first time that’s ever been done with climate change as the species’ central threat. I’ve got the scoop for The Desert Sun.

Only read if you want your heart ripped out. It can be difficult to understand the existential impacts of climate change and to connect the dots from carbon emissions to impacts on you and me. Here’s one example. Chico Enterprise-Record photographer Carin Dorghalli was covering the Bear Fire, which has torched more than 8,000 acres. It’s one of dozens of fires around the Golden State that have been made worse by climate change bringing drought, heat and a potential increase in lightning strikes. But she became part of the story when she discovered that a business that was the heartbeat of a local community and owned by her father, a Syrian immigrant, burned to the ground in the fire. Take a read of her first-person story to see what extreme weather means at a personal level.

Remember COVID? A new report found that farmworkers in Monterey County, Calif., are three times as likely to be infected by the virus as others, The Californian reports. In an industry that’s inextricably tied to the environment — and whose workers suffer from environmental health and justice issues like pesticide drift — there’s still not enough being done to protect health and safety.

Tick tock, tick tock. Part art installation, part giant clock, New York City’s Metronome has kept time for 21 years. As a show of urgency this week — which has been Climate Week around the world — the time has been counting down, not up, Gothamist reports. The Metronome reads fewer than eight years until zero, which represents the amount of time the world has to reach carbon neutrality. Scientists predict that missing that deadline will result in greater than 1.5 degrees Celsius of global temperature increase compared to pre-industrial levels. Missing that mark will bring the hurt.

Scientists also agree that to maintain a livable planet, we need to reduce the atmospheric carbon dioxide concentration back to 350 ppm. We’re above that and rising dangerously. Here are the latest numbers:

That’s all for now. Don’t forget to follow along on Twitter at @MarkOlalde. You can also reach me at molalde@gannett.com. You can sign up to get Climate Point in your inbox for free here. And, if you’d like to receive a daily round-up of California news (also for free!), you can sign up for USA Today’s In California newsletter here. Mask up; we’re doing it! Cheers.

This article originally appeared on USA TODAY: Climate Point: In a sign of the future, California moves to ban gas-powered cars