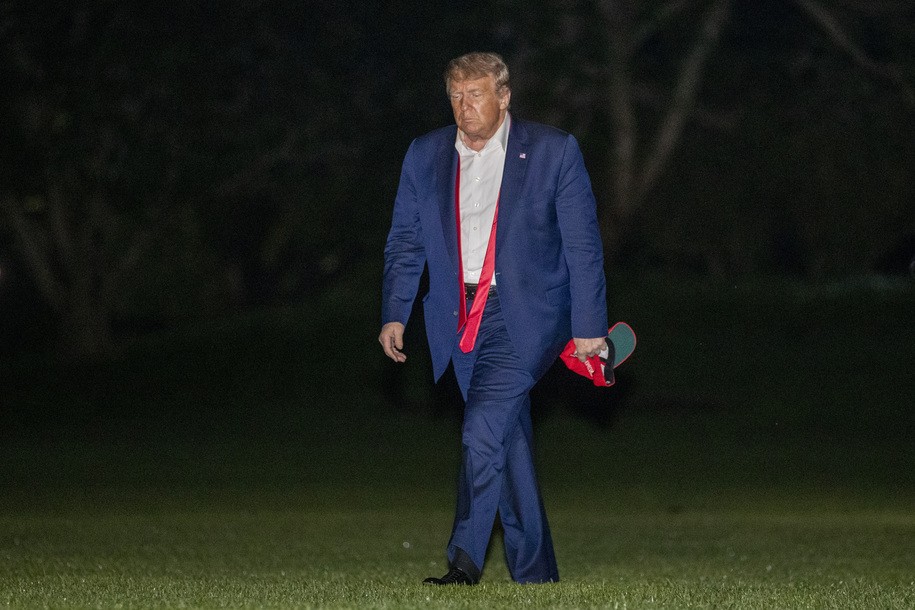 But even before the campaign pulled all its ads, it was already entirely dark this month in Michigan and Pennsylvania while being outspent 8-to-1 in Wisconsin, according to Politico. Biden also spent three times as much in North Carolina, Florida, and Arizona. And Trump left Ohio and Nevada completely uncontested.

Trump campaign spokespeople have said one reason they’re not advertising now is because they’re getting so much earned media during the Republican National Convention. But frankly, that’s ridiculous—most campaigns would either be driving home their convention messages with ads or attacking their opposition while using the convention to build a positive narrative for their own candidate.

The other explanation from Team Trump is the notion that their “massive digital presence” is making up for their TV shortfall. But Politico writes that from July 21 to Aug. 15, the Trump campaign dropped $31 million on Facebook and Google, while the Biden campaign spent $25 million. So Trump isn’t exactly eclipsing Biden on digital spending.

Beyond that, Trump surrogates sound pretty desperate for some pro-Trump super PACs to step in and fill the void. Here’s former Trump campaign manager Corey Lewandowski: “With 70 days to go in a campaign, all of the people who have raised money on behalf of Donald Trump’s name should be spending it to support his campaign right now.”

Former Trump deputy campaign manager David Bossie also sounded urgent: “Now is the time for the super PACs and those organizations that support President Trump and Vice President Mike Pence’s reelection to engage with their all-important dollars to have a positive impact now and not wait any longer.”

Also, here’s a bit of sweet news—at least some of the squeeze has been fueled by the implosion of the National Rifle Association, which hasn’t booked but several million dollars this cycle after lavishing $30 million on Trump in 2016.

The pro-Trump super PAC America First Action did spend $13 million in August and has another $24 million booked for September through Election Day. But the pro-Biden PAC Priorities USA Action has rivaled that spending.

Overall, writes ABC News, “pro-Biden efforts, including the campaign and outside groups, have spent nearly twice the amount spent by pro-Trump efforts on television ads from late July through the end of August.”

Whatever the case, leaving the TV airwaves completely uncontested twice in the month before early voting starts in make-or-break states is pretty inexplicable. It doesn’t matter how much digital advertising a campaign does, most older folks still watch TV and that’s a key demographic for Team Trump.