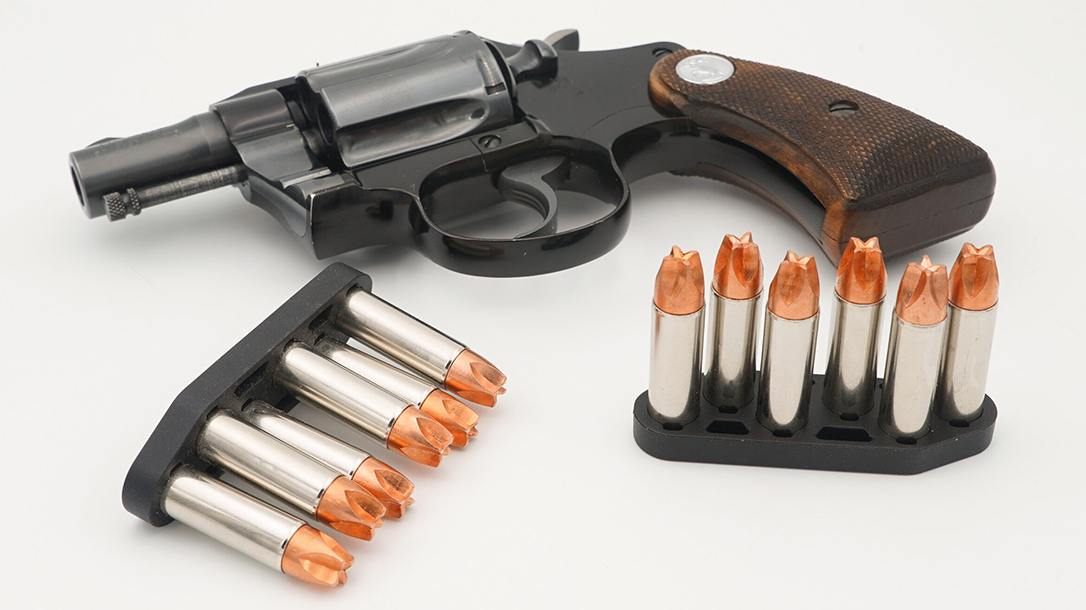 The revolver remains one of the more trusted pieces of hardware for concealed carry. But keeping the cylinder fed remains a challenge. To help keep your revolver loaded, Zeta Industries just announced a new speeeloader for K-frame-size revolvers, dubbed the Zeta6 K-PAK.

“The inspiration for this design was the moon clip, used since the early 20th century to quickly reload revolvers.”, said Michael Lyle, product designer. “We wanted to make the speedloader completely symmetrical, so the user would not have to think about orientation. For this reason, we pointed the two half-round moon clip patterns in opposite directions creating something that we call an offset strip speedloader.”

The K-PAK works with all Smith & Wesson, six-shot, K-frame revolvers chambered in .38 Spl./.357. It also works with the Kimber K6s, Taurus 856 and several Colt models, including the PPS, DS, Agent and King Cobra.

Affordable, yet utilitarian, the Zeta6 K-PAK provides a great benefit for revolver shooters. Whether for range work or concealed carry, it’s worth a look.