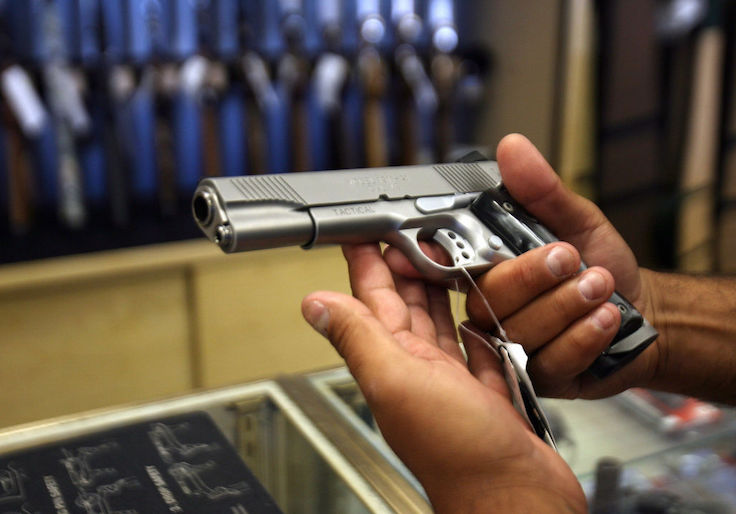 The National Shooting Sports Foundation (NSSF), the gun industry’s trade group, estimates that 17.1 million guns have been sold between January and August with 4.84 million Americans purchasing their first guns. The sales—especially to new owners—represent a significant shift in American attitudes on gun ownership.

“This is a tectonic shift in the firearm and ammunition industry marketplace and complete transformation of today’s gun-owning community,” Lawrence G. Keane, NSSF senior vice president and general counsel, said in a statement.

Wex Gunworks in Delray Beach, Fla., has been “slammed” with demand from first-time buyers, according to owner Brandon Wexler. Wexler attributed the surge—which threatened to cause supply shortages—to uncertainty fostered by the coronavirus pandemic and rioting in cities across the country.

“Since the eruption of Covid-19 and the age of protests new gun owners have flocked to the shop to buy firearms, accessories, and get firearms training,” Wexler told the Washington Free Beacon. “We were slammed up through about six weeks ago, then inventory dried up from a manufacturing standpoint.”

New buyers could represent a political boon for gun-rights groups and pro-gun politicians in the coming months or years. Some gun-rights groups have already seen memberships spike. The NRA, which is supporting President Trump’s reelection, claims to have added 1,000 new members per day through the months of June and July. Another recent NSSF survey indicated that black Americans and women were among the fastest-growing demographics for new buyers. If gun-rights activists are able to make inroads with groups of Americans who have traditionally favored more gun control, the effect on November’s election could be especially significant.

“These first-time buyers represent a group of people who, until now, were agnostic regarding firearm ownership,” Keane said. “That’s rapidly changing, and these Americans are taking hold of their God-given right to keep and bear arms and protect themselves and their loved ones.”

To determine the number of new owners, NSSF said it combined their gun sales estimate with a recent dealer survey. The group said it expects gun sales to continue to boom in the second half of 2020 due to the political environment surrounding the 2020 elections—especially the aggressive gun-control policies proposed by Democratic candidates.

The Bernie Left Is Taking on Machine Politics and Each Other
Family Camping Trip. Spring ’15
Springfield Armory TRP 1911 (Close Up )
British gunman had cup of tea with Texas rabbi before taking him hostage
Nebraska: Hearing Scheduled for Constitutional Carry Legislation Next Week