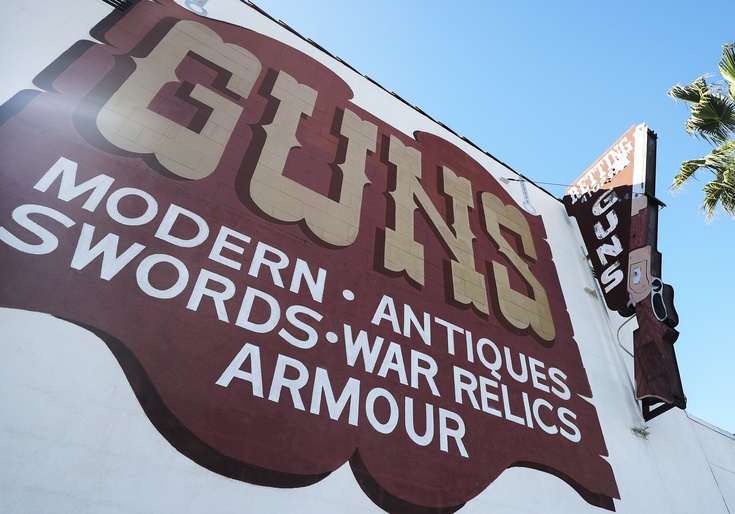 The record-breaking gun sales during the coronavirus pandemic could bolster candidates that support the Second Amendment in 2020 and alter the course of American gun politics for the foreseeable future.

Several of the country’s leading gun-rights groups are working to convert many more first-time owners into new gun-rights voters in the run-up to the 2020 election. Amy Hunter, a spokeswoman for the National Rifle Association, said that the group’s success could change the political landscape at the local, state, and national level.

“The NRA believes voters who recently purchased guns for self-defense will join other Second Amendment voters and be an even more formidable voting bloc,” Hunter told the Washington Free Beacon. “They’re educated, passionate, and they know anti-gun politicians are the biggest threat to their fundamental right to self-defense.”

New buyers are learning for the first time how public policy shapes their ability to exercise their rights. Larry Keane, spokesman for the industry’s National Shooting Sports Foundation (NSSF), said that firsthand experience can change how voters look at gun control and Second Amendment legislation.

“Particularly when people are purchasing these firearms because of concern about personal protection, the notion that anti-gun politicians who would strip us of our rights, would ban the most popular rifles being sold in the United States today is something that they should be taking into consideration” in the voting booth, Keane said. “I hope and I think that they will.”

After surveying retailers, NSSF estimates that 40 percent of those buying guns beginning in March were first-time owners. Analysts estimate about 6 million guns have been sold in that time period, with each month setting a new sales record. That would translate to as many as 2 million Americans becoming new gun owners over that time.

If gun-rights groups can mobilize that group, they can significantly impact the future of gun policy across the United States, according to Alan Gottlieb, chairman of the Citizens Committee for the Right to Keep and Bear Arms.

“We’ve witnessed something that is nothing short of a sea change, and in some cases might approach the level of epiphany, about gun ownership,” he said in a statement. “This new wave of gun owners could become a formidable force during this year’s election. From now on, we expect millions of new gun owners to pay closer attention to candidates, and reject those who would trample on their Second Amendment rights.”

Keane said recent sales spikes are proof that many Americans who have traditionally stayed out of the gun debate are open to owning guns, especially when they feel their personal security is at risk. The coronavirus pandemic saw “an entire generation of fence-sitters [get] off the fence” to purchase weapons. He said NSSF members have reported complaints from new customers facing the realities of trying to acquire a firearm in a state with strict gun-control laws.

“One of the things we’ve heard repeatedly from retailers over the last several months, going back to the onset of the pandemic, was first-time buyers shocked by all of the laws that they were required to comply with, including, for example, California’s 10-day waiting period,” he said. “And it was not uncommon for retailers to tell us these customers would say things like ‘why do I have to wait two days? I’m a law-abiding citizen. I need a firearm now.'”

Not all Second Amendment activists are confident about the immediate effects of new gun owners on the 2020 election, though. Despite a reputation for being single-issue voters, gun owners come from a variety of political backgrounds. It is unlikely that every new gun owner will automatically equal a new vote for a pro-gun candidate, according to Brandon Combs, president of the Firearms Policy Coalition.

“I think many new gun owners will carry their identity with them into the voting booth, but they’re far from monolithic, so I don’t see it as likely changing election results in 2020 much, if any,” Combs told the Free Beacon.

Robert Preston, an administrator for the Pennsylvania Firearm Owners Association, cautioned the effect could end up a wash, rather than tipping the partisan balance. He acknowledged that gun owners “have always been a significant voting bloc” in the crucial 2020 swing state of Pennsylvania, but said that their voters have done more at the local and state level than in statewide races. The state has largely remained ”conservative” in its approach to gun issues, but that has not stopped voters from electing governors and presidents who favor gun control.

“As for new gun owners, it could help. However, there are many folks who own guns, whether new or old to guns, that would still vote for an anti-gun candidate because of other issues that are of more concern to that voter,” Preston said.

The gun-rights movement may continue to see fresh opportunities to recruit new gun owners in the coming weeks and months. NSSF expects the record-breaking pace of gun sales to continue in the coming months, “which would put 2020 on track to be the biggest year for sales in the history of the industry.”

“Based on everything we have seen and heard our expectation is that June will be another record month,” Keane said. “And I don’t see any reason to believe that sales will not continue to be very strong going forward to the balance of the year right on through the election.”

“With legions of new gun owners ready to protect these newly discovered rights, it could be a pretty scrappy election year with lots of surprises,” he said.