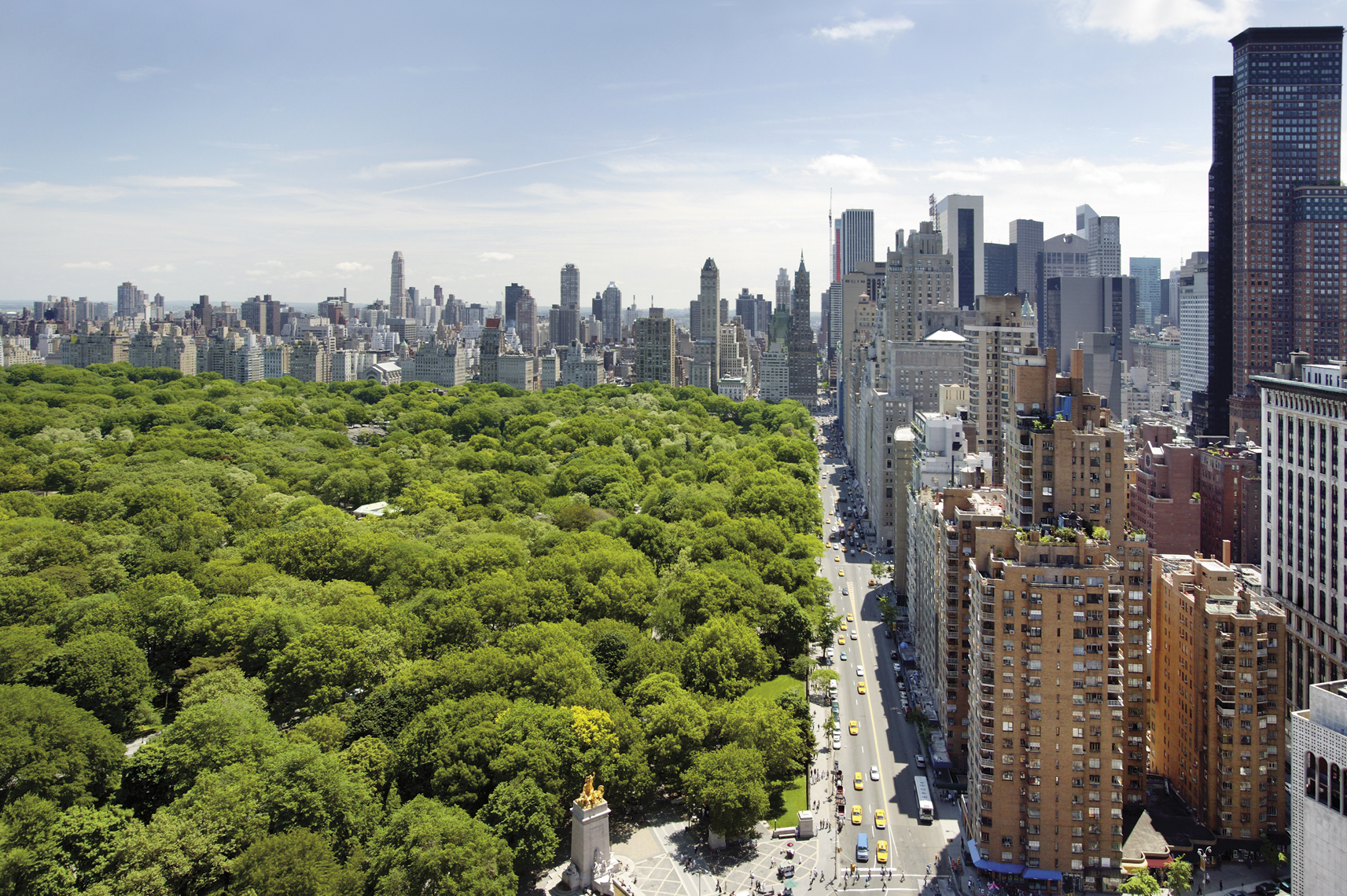 On Wednesday, Pennsylvania House Republicans passed H.B. 2440. It’s not even three pages long, but the Pennsylvania House Democrats seem to believe that the sky is falling over the Commonwealth. The contents of the bill are pretty straightforward: in a single paragraph, the House voted to establish shooting ranges, sportsman clubs, hunting facilities, firearms and ammunition manufacturers, retailers, importers, and distributors as life-sustaining businesses. The bill protects these entities and their employees from being put out of business or restricted in operation by the state.

What was the response from the Pennsylvania House Dems? Big bad scary ghost guns and 3-D printed guns will be sold to felons! Illegal gun sales are now okay! And it’s going to “make[] the wild, wild west look like Mr. Rogers’ Neighborhood.” How much fun that sounds aside, there’s a few things to talk about.

First of all, you can’t make something that’s illegal “okay” under the law – it’s either illegal or it’s not. Politicians often take this route to make a mountain out of the proverbial molehill of not doing additional banning. Second, if you thought “ghost guns” were going through Cabelas and brick-and-mortar FFLs, what is it you’re so scared of?

Times like this, I often remember the words of Gideon Tucker, who so aptly put that “no man’s life, liberty or property are safe while the Legislature is in session.” This week the California Assembly and Senate Public Safety Committees met and exemplified this sentiment when they approved a handful of gun control measures, referring them to the next subcommittee.

The measures included AB2847, a microstamping bill; AB2362, which jacks up fines for gun dealers; AB2617, suring up gun violence restraining orders; AB2699, setting requirements for handgun storage (because I guess Heller is just a distant memory); and SB914, which imposes still more restrictions on loaning a firearm.

In an opinion released by the Second Circuit Court of Appeals, the court determined that the sentencing enhancement for obliterating or altering a serial number on a firearm applies to any serial number on the firearm. Here’s why that’s wrong, and why this determination is bad for gun owners.

The Gun Control Act of 1968 requires that certain firearms have a serial number. Unfortunately the court overlooked the part where the Act specified the number must be on the frame or receiver. You know, the part that’s legally a gun.

The Court chose to take an aggressive, blanket approach. The law’s clear intention surrounds the serial number on the “firearm” component. However, factories choose to place serial numbers on more parts than are required. Slides, barrels, bolts, and other less regulated components often have serial numbers. The Second Circuit’s interpretation, at least with respect to a sentence enhancement, includes those non-essential serials on things like slides, which aren’t in and of themselves firearms.

Why is it inappropriate? Because you can replace parts on most modern firearms. The Sig Sauer P320, for example, is a fire control group embedded in a chassis, and it can be removed from the pistol grip. That’s why the chassis is stamped with the serial number. All kinds of parts are replaced for any number of reasons. Those parts might have a different serial number on them. That number should be of no consequence.

By misinterpreting this requirement, the Second Circuit has increased the probability of defendants spending more time in prison for something as immaterial as swapping out a barrel or a slide, even when the issue at trial has nothing to do with something related to ballistics. The Court should at least clarify that the Gun Control Act only affects the frame and receiver so as to prevent this decision from reaching conduct far beyond the intent of the legislature.

After the Christchurch incident in New Zealand, the country’s prime minister did exactly what any progressive with virtually unchecked power would do—she banned guns. A lot of guns. It’s a classic story—whenever there’s a tragedy involving things that you generally don’t like, ban them while the iron is hot and the people upset. The problem is, none of these policies do anything to prevent the acts they respond to. Well, Kiwis are learning a hard lesson this year, with rates of gun crimes and gun-related killings the highest they’ve been in a decade.

What does any crafty politician do in response? They blame something else, of course. Auckland city councillor Alf Filipaina thinks the cause might be gangs, or drugs, or domestic violence. Maybe ghosts? Alf isn’t really sure, so he’s taking the safe route and leaving the door open to more gun control. If the trend keeps up, I’m sure more laws will be just over the horizon.

In yet another example of how gun control doesn’t stop violent crime, reports indicate that New York City, probably the most difficult jurisdiction in which to legally buy a gun, is experiencing a surge in shootings, with incidences increasing 21 percent over the last year. What’s driving the increase? Well, I’m not a statistician, but according to the comptroller, unemployment could reach 22% in June, a record for the city.

Louisiana politicians are salty this session. Sure, that’s not really news, but this time they’re mad about four bills making their way through the state legislature. The first is House Bill 140, which would prevent local authorities and governments from restricting firearms possession (Pittsburgh, take note). I’m sure they think that passing laws at a local level is practical, but all local restrictions tend to do is inhibit rights, create legal inconsistency within a broader jurisdiction, and cause the prosecution of people who usually don’t deserve it.

The second bill is House Bill 334, which would authorize concealed handgun carry in churches, synagogues, mosques, and other places of worship. The law previously required individuals to get advance permission from the place of worship, and that congregants be notified of the grant of permission, as well as imposing additional training and insurance requirements.

The last two bills address states of emergency and natural disasters. House Bill 746 would permit anyone who lawfully possesses a firearm to carry it during a mandatory evacuation in these situations, and House Bill 781 establishes that firearm and ammo manufacturers, distributors, wholesalers, suppliers, and retailers are essential businesses that can’t be shut down in a crisis. As a bonus, House Bill 781 also limits restrictions on gun possession under emergency curfews.

ATF is rolling out a new 4473 this summer and all FFLs must convert over no later than November 1st of this year. Sure, it’s not exactly the sexy content you usually read this column for, but it’s important. First is relocation of the firearm information on the form. On the new version, the manufacturer/import, model, serial number, type, and caliber are the first thing you see. Some in the industry are happy about this change because it reduces the risk of error and if the transaction is stopped midway through filling out the paperwork, the FFL doesn’t have to recall the identifying details of the firearm. The previous form had the firearm’s information on the second page.

The second noticeable change to the 4473 is the inclusion of “borough” and “parish” next to “county.” Apparently people were mistaking “county” for “country” so often that the ATF decided to place the other terms nearby to reduce the likelihood of buyers writing U.S.A.

The third change is the least visible, but the most significant. The new 4473 will include a non-binary option for specifying sex on the form. Up until now, it was legally difficult for non-binary individuals to obtain a firearm from an FFL when neither option was appropriate for them. The ATF previously made a stir when it opined that transfers ought be denied to individuals who did not select “male” or “female.”

Personally, I wonder why the ATF even cares. As long as enough information is given to identify the purchaser, there is no reason to deny someone who isn’t accurately described by any individual factor. While I’d prefer the “sex” box be eliminated altogether (and race—it’s really none of their business), I hope the addition of this third option eases the strain on those affected and will hopefully lead to more people embracing their right to Keep and Bear Arms.