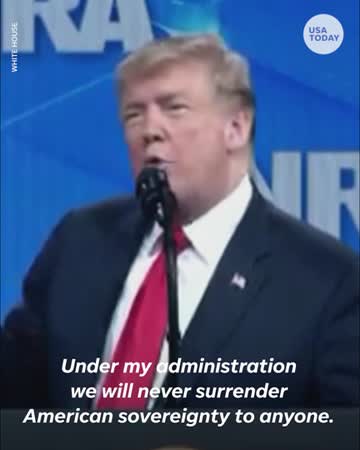 WASHINGTON – The Supreme Court sidestepped its first major case on the Second Amendment in nearly a decade Monday by ruling that New York City’s repeal of a transportation restriction on gun owners rendered the case closed.

The vote appeared to be 6-3, although it was an unsigned, two-page opinion. Three conservative justices dissented in a 31-page rebuttal, arguing that the court should strike down the restriction to make clear that it infringed on the right to bear arms.

The high court’s action signaled a turning point in the lengthy battle by the National Rifle Association and other groups to convince the justices that the Second Amendment is being treated as a second-class right in need of their support. Now they likely will turn their attention to other cases challenging state and local restrictions that are in the pipeline.

The court appears poised to rule in their favor at some point, because the confirmation of Associate Justice Brett Kavanaugh in 2018 strengthened its conservative majority. But New York’s liberal city and state governments, along with gun control groups, thwarted the latest effort by repealing the objectionable rule.

But in his concurrence, Kavanaugh agreed with the dissenters that lower courts may not be upholding correctly the right to keep guns at home for self-defense.

”The court should address that issue soon, perhaps in one of the several Second Amendment cases with petitions for certiorari now pending before the court,” he wrote.

For nearly two decades, the city had blocked most legal gun owners from taking their firearms to shooting ranges or second homes outside city limits. The regulation was an outlier nationally, making it an unlikely target for the Supreme Court.

When the justices agreed to hear the case a year ago, gun control groups feared they would use it to render a blockbuster ruling that extended gun rights outside the home or made local and state restrictions harder to justify. So they lobbied the city and state to retreat.

“We applaud the Supreme Court for rejecting the gun lobby’s call to use this moot challenge to a defunct ordinance as an opportunity to radically expand the Second Amendment,” said Kris Brown, president of the Brady gun-control advocacy group. “The Second Amendment can and should allow for strong, effective gun violence prevention laws.”

Since its 2008 and 2010 rulings striking down gun restrictions in the District of Columbia and Chicago, the court has refused to hear dozens of cases challenging lesser limits on who can own what types of guns, where they can be taken, what requirements must be met and more. During that time, lower courts have resolved more than 1,000 Second Amendment cases, upholding many gun control measures.

Proponents of expanding gun rights will have additional opportunities. There are more cases in the pipeline, including challenges to permitting requirements for carrying firearms in public in New Jersey and parts of Massachusetts. A federal appeals court struck down Washington, D.C., restrictions in 2017, creating a split among lower courts that is likely to get the Supreme Court’s attention.

When the New York case was heard in early December, several conservative justices sought to hang on to the case by arguing that the rule’s repeal left some issues outstanding.

Their dissension was summed up Monday by Associate Justice Samuel Alito, who along with Associate Justices Clarence Thomas and Neil Gorsuch declared: “This case is not moot. The city violated petitioners’ Second Amendment right, and we should so hold.”

Alito contended that by repealing the law, the city and state “do not provide petitioners with all the injunctive relief they sought.” If the Supreme Court struck down the law, he wrote, gun owners could seek damages in district court.